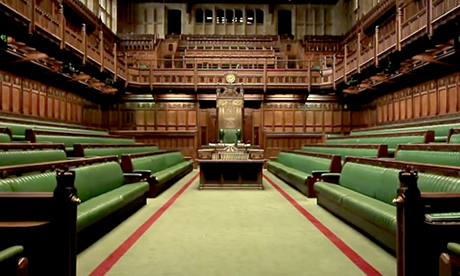 In a paper published today, we and our colleagues look at how the UK parliament uses science advice. Little did we know that the work would coincide with the most profound science-advisory challenge of our lifetimes.

The Covid-19 pandemic has placed the government’s Chief Scientific Adviser and Chief Medical Officer under intense public scrutiny. The advice going into parliament is much lower profile.

This is understandable. The executive arm of government has taken charge through the Coronavirus Act 2020, meaning that parliament has handed over much decision-making power. Parliament is also in recess until 21 April.

This does not mean parliament is closed, however. Public calls for expert committee evidence remain open and the science and technology and health and social care committees have already opened enquiries into the government’s response to coronavirus.

As the crisis deepens parliament will begin to exert its constitutional role more broadly, and ask questions about the government’s policy, administration, and budgetary decisions.

Our research found that parliament hosts a rich ecosystem of science advisory functions. The best known—at least in Westminster—is the House of Commons Library, which is a research service for MPs.

It exists to answer questions from politicians on all manner of topics and to provide briefings on legislation going through the House. The House of Lords also has a library research service, although it is smaller and carries less scientific and technical expertise.

Complementing both of these is the Parliamentary Office of Science and Technology. This specialist advisory unit serves both the Commons and the Lords, including select committees. It badges itself as bridging research and policy and making scientific research accessible to parliament.

However, this system, though one of the best in the world, is not sufficient to protect politicians from feeling bombarded and overloaded. Parliament is flooded with information and politicians are drowning in it.

As the Covid-19 pandemic progresses that information will grow. It will have to be corralled, sifted and disseminated in such a way that allows politicians to do their jobs.

Our research highlighted several ways that parliament could strengthen its science advisory capacity. Right now the crucial question is what academics need to do to influence politicians.

On this score the first piece of advice is to build credibility. The credibility of the source is the most important influence on politicians’ attitude towards evidence. Parliamentarians are wary of those they see as biased or having an axe to grind.

Second, researchers should stick to the parliamentary timetable not ask parliament to fit to research timelines. Parliament moves faster than academia, particularly in a crisis. If a politician or a committee asks for something then meet the deadline, even if it is a short one.

Third—and speaking of short—keep it pithy. Politicians are time-starved so quick summaries of the evidence in bullets are preferable to screeds of beautifully crafted prose.

Fourth, synthesise evidence effectively. The last thing a politician wants to do is wade through multiple academic papers. Doing that for them is a great way to get your message across.

Fifth, go the extra mile to place research findings in the context of policy options. The gold standard for policy-focused rapid evidence synthesis are POSTnotes. With a 30-year track record, politicians trust them completely and they and their staff read them religiously.

Sixth, consider accessibility. Having met a short parliamentary deadline with a short summary of the research evidence, an MP’s researcher might want to check the original papers. Unless your papers are open access, politicians and their staff will not be able to see them.

While government is sourcing academic research to deal with Covid-19, parliament is doing the same thing to scrutinise the government’s response. It is important that Parliament sources its own information and does its own analyses, otherwise the science advice that politicians receive will not help with asking difficult questions of government policy.

Researchers from all manner of disciplines—epidemiologists, microbiologists, physicians, behavioural and social scientists and anthropologists to name just a few—can do their bit for parliamentary scrutiny. If you can help, get in touch with parliament’s Knowledge Exchange Unit. They will point you in the right direction.

Chris Tyler is in the Department of Science, Technology, Engineering and Public Policy, University College London. David Rose is in the School of Agriculture, Policy and Development, University of Reading. See also Evidence and Policy DOI: 10.1332/174426420X15828100394351 (2020).