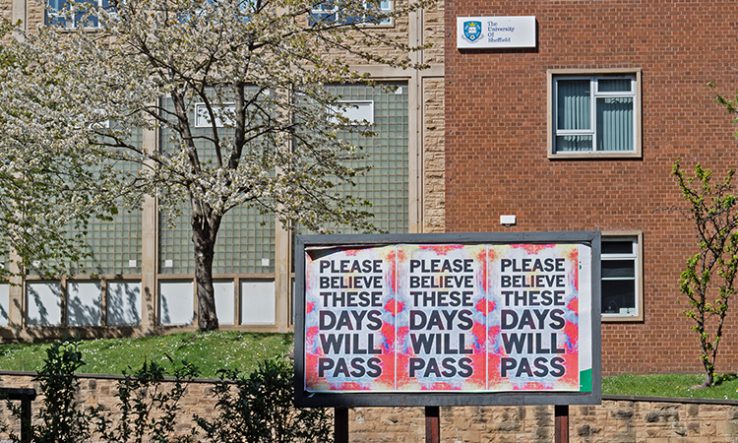 On 31 March, the UN secretary-general Antonio Guterres called the Covid-19 pandemic the “most challenging crisis we have faced since the Second World War”. This is not hyperbole—the crisis has disrupted virtually all aspects of life and mobilised nations on a scale not seen since that conflict.

World War II had a profound impact on research policy. Will the coronavirus crisis be just as consequential? Near the war’s end, US President Franklin D. Roosevelt asked the director of the federal government’s Office of Scientific Research and Development, Vannevar Bush, to set out how the scientific and technological dynamism born out of war could be carried into peace time. The office was seen as a major contributor to defeating Germany and Japan, having coordinated both the Manhattan project to build an atomic bomb and the mass production of penicillin.

Bush published his report, Science: The Endless Frontier, in July 1945, before the war had even ended. It set out a blueprint for how the US government could support and fund research, and it led to the establishment of the National Science Foundation in 1950.

Universities, Bush argued, should do research for research’s sake. “As long as they are vigorous and healthy and their scientists are free to pursue the truth wherever it may lead,” he wrote, “there will be a flow of new scientific knowledge to those who can apply it to practical problems in government, in industry, or elsewhere.”

This recommendation has had a huge, and often unappreciated, impact on research policy worldwide. The US National Science Foundation, designed by Bush, is widely seen as the gold standard for government support for basic science.

Universities around the world are making extraordinary efforts to fight the virus: testing existing medicines, developing vaccines, creating apps for population surveillance, building new, easy-to-manufacture ventilators. Add to this the impact of behavioural science, economics and mental health research—to name just a few relevant disciplines—the personal sacrifices made by university clinical staff and the volunteering efforts by students globally, and you wonder why anyone ever questions the value of these institutions.

But these are all short-term responses. What will be the long-term impact on science and research policy? At this early stage, I think we in the UK will see three repercussions—all predate the pandemic; all will be accelerated by it. They are: a shift to more sustainable funding of universities; the slashing of peer review-related red tape; and a continued, more intensive focus on mission-oriented research.

Writing in these pages, former science minister Chris Skidmore has already advocated increasing the quality-related (QR) core funding given to universities. At the same time I would advocate using this moment to move grant funding—the other pillar of the research-funding system —to cover the whole cost of the proposed work, from the current notional 80 percent.

This idea was trailed by one of Skidmore’s predecessors, David Willetts, in a report for the Policy Institute at King’s College London just before December’s general election. It was recently endorsed by the vice-chancellors’ body, Universities UK.

The antecedents of this full economic costing, as it’s called, date back to the Joint Infrastructure Fund launched by the Labour government in partnership with the Wellcome Trust in 1998. The deal with Wellcome was that, by bringing in transparent funding and moving to full costing, the government would prevent any repeat of the chronic underfunding of research infrastructure seen during the 1980s and 90s.

That government’s 2004-2014 Science and Innovation Framework made this explicit, saying: “The government will provide resources over subsequent spending review periods to enable research councils to provide close to the full economic costs of their university-conducted research by early in the next decade, thus enabling universities to invest more of their core funding in supporting projects from other external funders and their own self-directed work.”

The interest in delivering on this unmet commitment is welcome. At present, universities use tuition fees to cross-subsidise research. The Higher Education Policy Institute has revealed the impact of such a policy on international recruitment strategies and the associated student mix—each non-EU student contributes an eye-watering £8,000 to research over the course of their degree.

If the current crisis prompted the government to make good on its 20-year promise to move to genuine full economic costing, it would stop such cross-subsidies and prevent unwanted behaviours, such as over-recruiting high-fee students at the expense of domestic students. In time it might allow consideration of other policies, such as those proposed in the Augar review of post-18 education and funding.

However research and universities are funded, the efficiency and effectiveness of the system will continue to be challenged. The cost of developing, writing, reviewing and deciding on research proposals is an under-researched but critical prerequisite to understanding the efficiency of funding decisions.

This is an increasingly high-profile issue, with prime minister Boris Johnson stating last autumn that he wanted “to ensure brilliant scientists are able to spend as much time as possible creating new ideas, not filling in unnecessary forms”. The Tory general election manifesto repeated the pledge.

The most significant UK study of the cost of research bureaucracy is a 2006 report by Research Councils UK. This concluded that the cost of preparing and reviewing proposals, and the attendant administration within the Research Councils, amounted to £196 million, or 13 per cent of total funding awarded.

Although this study has never been updated, its findings are supported by a 2013 study of the Australian National Health and Medical Research Council, which concluded that the transaction cost for applicants was 14 per cent of the value of the grant.

It is therefore interesting to see how little of the research in the early days of the pandemic has been supported through competitive grant funding, given the cost and time needed to prepare proposals. Instead, that research was self-directed, supported through QR funding and other available resources such as philanthropy.

Allocation of QR funding is informed by the results of the Research Excellence Framework (REF), which has transaction costs of around three per cent—notably less than grant funding.

The longer-term consideration is whether more research should be funded through QR-type mechanisms and whether, along with the “streamlined shorter grant and innovation applications” announced by UK Research and Innovation for grant-holders wishing to reorient their work towards the pandemic, this would allow brilliant scientists to spend more time creating new ideas.

In effect, the pandemic has led to a natural experiment in whether streamlined research funding leads to different outputs to standard—more costly and slower—processes.

Another big question is how the UK Advanced Research Projects Agency planned by the government should develop in light of the lessons from Covid-19. The crisis is showing that universities and funders do, in fact, have the agility and know-how to quickly scale up a novel, interdisciplinary research effort. Hopefully those in government spearheading the development of UK Arpa will recognise this and make sure that any new agency provides ample opportunities for existing university-based research centres and institutes.

The final area of continued reform is likely to be, contra Vannevar Bush, a stronger focus on how research meets societal need. Research impact will become increasingly important for assessing performance and funding. With this in mind, it is worth noting how universities’ responses to coronavirus have been multidisciplinary, multi-institutional, translational and done at pace. Much of this is nothing new—87 per cent of the impact case studies submitted to REF 2014 called on two or more research disciplines. This does not necessarily mean the end of mono-disciplinary work, more that such research will need to be able to articulate how it is benefiting society at large.

So, as with the World War II, the coronavirus pandemic is likely to have a profound impact on the way research and science are funded, administered and conducted, amplifying a number of existing trends and shaping the next generation of science policy.

Funders and universities need to think about how they will adapt to this new environment. Many would welcome more funding and less cross-subsidy, but it will come with strings, such as getting rid of funder red tape and a focus on impact and translational research. These are radical reforms, but ones that will come at the significant human and social costs of the pandemic.