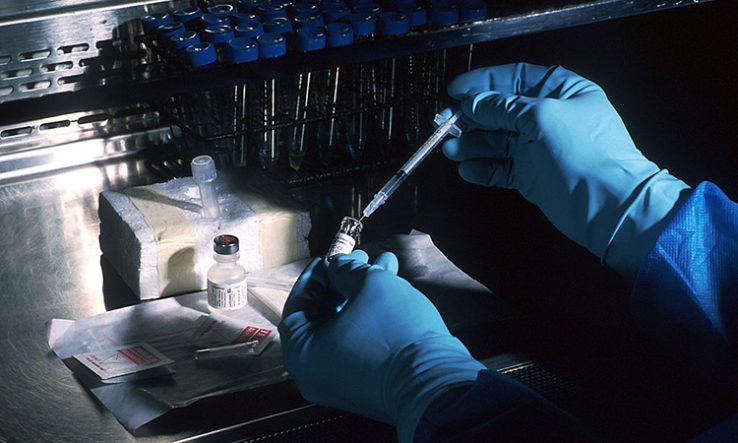 A lot of emphasis has been put on the speed with which vaccines are being developed against Covid-19. The picture is of harmonious cooperation between researchers, regulators and industry across the world.

The speed is real, but there are also real boundaries that slow us down. One of the biggest is the regulatory framework for the final validation of any vaccine.

If all goes well, the Oxford vaccine, for example, will soon go into a combined Phase II and Phase III trial, where its effectiveness will be compared against a placebo. That is faster than normal, but it might fail.

The Jenner Institute’s researchers are entirely dependent on the course of the epidemic in the UK. If the lockdown is effective and transmission of the virus is curtailed, it’s possible none of the placebo cohort will become infected.

In this case, the vaccine will fail the test and another trial will have to be arranged in another country. We could be waiting months or even years.

There is an alternative—a challenge trial in which healthy volunteers (some vaccinated, some with placebo) are deliberately infected with the virus. This would give us a clear result in weeks. 1 Day Sooner, a group set up to push for such a trial, currently has 8,939 volunteers on its books.

But regulators such as the Health Research Authority (HRA) in the UK don’t like challenge trials. Their antipathy can be traced back to a recent and very particular idea of what is ethical.

The ethics of research in many countries, including the EU and UK via the European Clinical Trials Directive, is governed in legislation by the Declaration of Helsinki. This is the work of the World Medical Association, an assembly of national doctors’ bodies such as the British Medical Association. The declaration was drawn up in 1964 and has been revised eight times since, most recently in 2013.

Over its lifetime, the definition of what the WMA considers ethical has shifted markedly. A key issue is the treatment of risk to trial participants.

In 1964, this risk was balanced against the benefit to society: “Clinical research cannot legitimately be carried out unless the importance of the objective is in proportion to the inherent risk to the subject.”

The views of the research subject were also considered, through the concept of informed consent. The question of who should make the critical decision as to whether the study justified the risk was left open.

Today, the idea of balance with society’s needs has been eliminated. Instead, the declaration says, “While the primary purpose of medical research is to generate new knowledge, this goal can never take precedence over the rights and interests of individual research subjects.”

Informed consent has become irrelevant to the assessment of risk; instead an absolute sovereignty has been given to the doctor supervising the trial: “The responsibility for the protection of research subjects must always rest with the physician or other health care professionals and never with the research subjects, even though they have given consent.”

Both the needs of society and the autonomy, which is to say dignity, of the individual participant—such as those volunteering for challenge trials—have been entirely discounted. The declaration has become less democratic and more doctorly. Its increasing influence over the law of many lands therefore represents an increase in the medicalisation of society.

At the same time, the declaration has become more restrictive, to largely exclude research that could benefit human health, such as challenge trials, from its definition of what’s permissible. Consequently, in the case of the Declaration of Helsinki, more medical means less healthy.

Around the world, the Helsinki delay in getting a working vaccine into people might cost tens or hundreds of thousands of lives.

We know how we got here. Unscrupulous companies and academics exploited vulnerable research subjects. Ethics became a battlefield in which two sides lobbied governments to turn the dial of stringency one way or the other.

The unspoken assumption was that we would always have time to adjust that dial. What got squeezed out was the deeper appreciation, found in the 1964 declaration, of the variety of concerns that should shape research in a democratic society.

Well, today we don’t have time. Instead, we have a desperate and urgent need for a vaccine. We therefore need to democratise the regulatory regime for research by revising the legislative basis on which the regulating agencies, such as the HRA, operate. So that good vaccines can be with us in weeks rather than months or years.