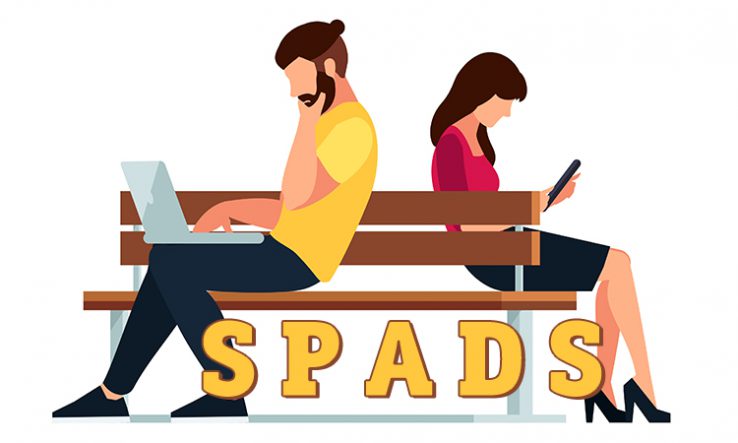 Ivory Tower: We catch up with our Whitehall based sitcom during “gathering” season

Helen: You mean when I dropped off your Christmas present at that service station on the north circular?

John: No, I mean with all the parties that are planned in Whitehall.

Helen: It’s back to working from home on Monday. Aren’t they doing that over at Beis?

John: But you can party at work.

Helen: At the DfE, we won’t be closing schools.

John: It can be so difficult to arrange childcare during Christmas party season.

Helen: That was not a party, it was a gathering.

John: I’m sure he’ll get to the bottom of it.

Helen: It’s hard to get to the bottom of a bottomless pit.

John: You are not worried then?

Helen: It was a discrete and bijoux gathering at which Gavin Williamson might have briefly thanked staff for their hard work. The guidelines were followed.

Helen: All the guidelines.

John: Including the ones from Tatler magazine on how to host a cocktail party?

Helen: No cocktails were involved. At least I don’t remember there being cocktails, it was a bit of a blur.

John: Not sure if that’s the best line to go with. Sorry, Sir Simon, I can’t remember anything about last year’s secret Christmas party because I was blotto.

Helen: It was just wine and canapés in the staff canteen for one or two…

Helen: I only stood at the door briefly, listened to someone who from a distance may have been the secretary of state, and went back to my office to work on the government’s response to the Augar report.

John: Now, no one is going to believe that.

Helen: This year it’s in Nandos at Victoria.

John: The response to Augar?

Helen: No, the DfE Christmas gathering.

Helen: Well, we’ve still got a lot of work to do and now that we can’t go into the office, it’s more of a business meeting.

John: Will Charlie be there?

Helen: I absolutely and categorically deny those rumours. The trace elements found in the parliamentary estate could belong to anyone.

John: I mean Charlie Watson from the press team, the one that you…

Helen: I’m not interested in him. Don’t you start, just because your party at BEIS is cancelled.

Helen: Back to last year: you were there, weren’t you? I knew it, that’s when you were sucking up to the Downing St press team to get Aria on the grid.

John: I might as well have tried to get it on the West Coast main line and driven it to Glasgow for all the good it did.

Helen: So, you were there on the 18 December?

John: I have no recollection of my whereabouts at that time. Although my diary would seem to suggest that I briefly visited Downing Street on the evening of the 18th to confirm aspects of operational policy with the cabinet office.

Helen: You lying toad. I remember it now, that’s the day you rushed off to TK Maxx for a Christmas jumper. And you didn’t answer your phone until the Sunday saying you had food poisoning.

Helen: Now we know why, you were at the cheese and wine event of the year.

John: All guidance was observed.

Helen: Did you only match brie with a pinot noir?

John: It was not a party it was a gathering of colleagues at the end of the working day.

Helen: Planned in advance on WhatsApp and including games.

John: I was present but not involved.

Helen: Sounds like your general approach to games since school. Were you at the quiz?

John: That was a different night.

Helen: Well deflected but that’s not an answer to the question.

John: I may have been invited to briefly participate, just to make up the numbers on one of the groups of six.

Helen: What was your team’s name? Don’t tell me, was it Destiny? Challenger? Dominator?

John: All the teams had a letter from the Greek alphabet. We were team omicron.

Helen: You are kidding me, that can never come out.

John: It wasn’t a thing back then. It was just a funny name.

Helen: If you are identified as one of the civil servants who laughed at being called team omicron, it will make Allegra Stratton’s press rehearsal look like Songs of Praise.

John: Oh god. We are all doomed.

Helen: You are talking about Simon Case’s investigation, right?

John: I’m talking about this government. In 12 months’ time we’ll all be applying for jobs as second researcher at GBTV.

Helen: Why wasn’t I invited by the way? Where was my invite to the gathering of the Spads?

Helen: Come on, what?

John: That the DfE are too boring.

Helen: For a Christmas quiz and woolly jumpers?

John: To break the rules and have a secret lockdown party.

Helen: Hah! So, you admit it. There was a party, and the rules were broken. Well, let me tell you, our party was just as wild as yours and the wine flowed like the Thames under Westminster Bridge.

John: No further questions, your honour.

Helen: Best to stick to the line, it would have been better if this had never happened.

John: All guidance was observed.

Helen: I’ve brought your secret Santa, by the way.

John: It’s not very secret if I know it’s from you.

Helen: OK, you open yours, first.

John: It feels like a book… and it is a book. In My Own Time, the autobiography of Jeremy Thorpe. How touching, very appropriate, thank you. Open yours now.

Helen: It feels like a DVD… and it is a DVD. Scandal, starring John Hurt, Joanne Whalley, Bridget Fonda and Ian McKellen.

John: It’s about the Profumo affair.

Helen: I know, thanks. It’s better than the Lush box you got me last year.

Helen: Now that I realise you probably regifted it from the Downing Street secret Santa, I suppose I should have held on to it… as evidence.

John: Do you still have it?

Helen: I gave it to my mum. I left it with a bag of presents at the gate and waved through the window.

Helen: That was three days before dad went into hospital.

Helen: He would have got the vax a month later.

Helen: Hey ho, not to worry, can’t sit here on a park bench crying all day. I’ve got levelling-up to do.

John: Me too. Come on key worker, fancy a drink tonight before we all get locked down again?

Helen: Where do you fancy, the irreversible crocus of hope or the highway to freedom?

Helen: See you there.

Terms of use: this is a free email for fun on a Friday, it should be shared amongst friends like a WhatsApp invite to a secret party. Want to buy a second-hand copy of In My Own Time by Jeremy Thorpe? Want to say hello? Email ivorytower@researchresearch.com