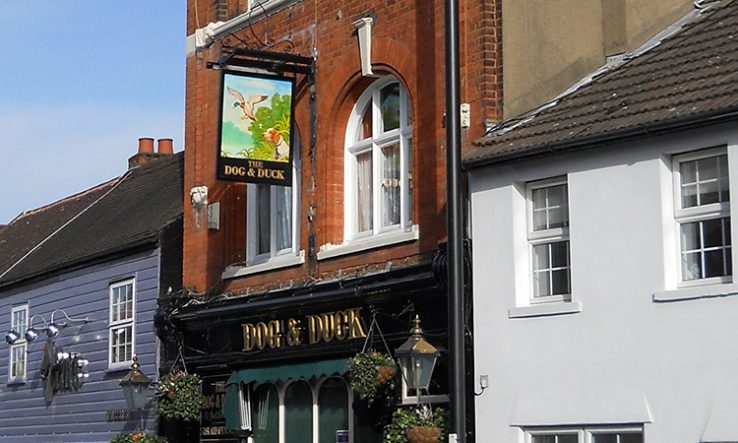 Did you spot our April Fool: REF put out to tender in shock funding shakeup?

With the deadline for submissions to REF 2021 now passed, Research Professional News can reveal that as part of the government’s push to cut red tape in research, responsibility for the next REF will be subject to a Whitehall procurement procedure.

A consortium of the UK funding councils is expected to apply for the contract, alongside service giants such as Deloitte and Serco, but RPN understands that a company founded four weeks ago by an individual known to ministers is favourite to be handed the contract.

Union Jack Audits, registered last month with Companies House, is the brainchild of Dave Shambles, the landlord of the Dog and Duck pub in Lambeth where several ministers in the Department for Business, Energy and Industrial Strategy are known to drink. Company records currently show £4.50 worth of assets.

Speaking to Research Professional News, Shambles said: “I don’t know much about science, but it all started when I overheard Dominic Cummings say most research funders couldn’t organise the proverbial in a brewery, which got me thinking”. Shambles hopes to run the next REF, which will distribute almost £2 billion of annual funding to UK universities.

Shambles is believed to have approached ministers through the so-called VIP route of Whitehall procurement. It is thought that plans for Union Jack Audits were conceived during a late-night lock-in with ministers sometime last October when access to hospitality venues was still permitted.

The government is currently looking at ways to cut red tape in research funding and in October promised a review of the REF that would address complex bureaucracy. Some in Whitehall believe that putting responsibility for the REF out to tender in the private sector will result in market efficiencies.

“It’s simple really,” Shambles told Research Professional News, “first you take out all the ex-Polys and tinpot colleges because obviously they’re no good for a start. Then you look at everyone else and say, bish bash bosh, Oxford, Cambridge, Imperial, that’s your lot, job done.”

It is understood that ministers have been impressed by Shambles’ willingness to cut through the time-consuming peer review process that has underpinned previous exercises, as well as his novel approach to the concentration of research funding. A final decision on the tender, which is launching today, 1 April, is expected to be taken as early as 12 April.

“That’s the day when I’ll be reopening the beer garden,” explained Shambles. “We’ll get the bunting out and hopefully a few of the ministers will turn up and after a couple of pints we can get the deal done. If Boris comes, I’ll even throw in a few pork scratchings on the house”.

The Department for Business, Energy and Industrial Strategy was unavailable for comment last night.