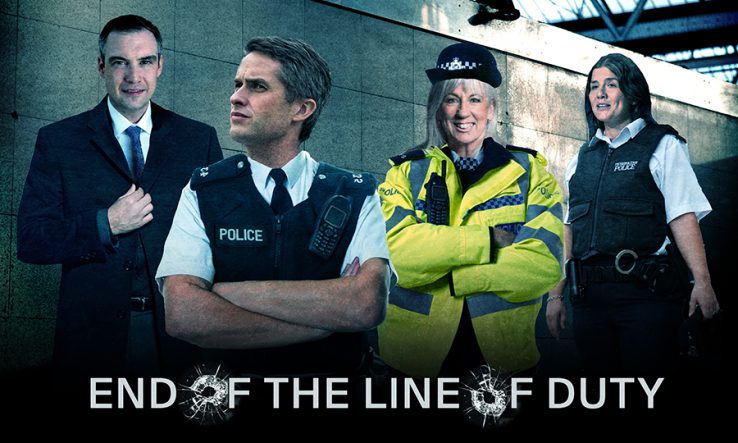 Hastings: OfS-12 interview, present Superintendent Hastings, DS Arnott, DS Fleming, minister for universities Michelle Donelan, accompanied by secretary of state for education Gavin Williamson, and permanent secretary Susan Acland-Hood. Thank you all for coming, may I remind you that this is a voluntary interview.

Donelan: That’s what they said about the Commons education committee.

Hastings: We have a few questions we would like to ask you minister about an ongoing inquiry. Minister can you account for your whereabouts between March 2020 and April 2021.

Donelan: That’s easy, I was being minister for universities.

Hastings: Do you have anyone who can corroborate that?

Hastings: Are there any witnesses? Have you visited any universities?

Hastings: Spoken to any students?

Hastings: Been interviewed by any journalists?

Donelan: No, but I’ve done a lot of Zoom calls.

Hastings: They could be from anywhere minister.

Acland-Hood: I must protest about this line of questioning?

Acland-Hood: Because the minister isn’t very good at answering questions.

Williamson: As Michelle’s immediate superior, I can confirm that she has been acting as the minister for universities all this time.

Hastings: “Acting” is that what you call it, fella?

Acland-Hood: I would like to request as of DfE procedures, the minister communicates her position in the usual way.

Hastings: What? In an article written by a civil servant behind the paywall of the Telegraph?

Acland-Hood: That is standard DfE protocol.

Fleming: You can do this the hard way or the easy way.

Acland-Hood: We could make it the Times if you prefer.

Hastings: The minister has said she is happy to answer questions, so let’s proceed. DS Arnott.

Arnott: Image 24 on screen. Do you recognise this man? For the DIR I am showing minister Donelan a photograph taken from the House of Lords website.

Hastings: Don’t get your beret in a twist fella, we’ll get to you in a minute.

Arnott: Minister Donelan do you recognise this man?

Arnott: Where you responsible for appointing this man to a position of regulatory authority over universities?

Hastings: Do you think I came up the Lagan in Arlene Foster’s bathtub? Answer the question, yes, or, no.

Donelan: It wasn’t me.

Arnott: Item 46c in your folders, do you recognise this document?

Donelan: No, what is it?

Arnott: For the DIR, I am showing the minister a Department for Education press release dated 8 February 2021 in which the minister welcomes the appointment of one James Wharton as chair of the Office for Students. Did you say that, minister?

Donelan: It was a comment written for me by the press team, I don’t check every press release.

Arnott: We believe that this individual has links to an organisation that is attempting to derail an ongoing inquiry. This OCG, an organised Conservative group, has systematically sought to mislead…

Williamson: This is nonsense, I really must protest.

Hastings: You’re not selling fireplaces now, fella. I advise you to take this very seriously, there’s been a murder.

Hastings: Augar has been missing for nearly two years now. It is our belief that during that time someone or some persons have taken the opportunity to kill him off.

Williamson: The government will give its response to the Augar review in due course.

Fleming: Item 83b in your folder. This is a copy of the Independent review of post-18 funding and finance. Do you recognise this document, minister?

Fleming: Forensic analysis has discovered a number of fingerprints on this document.

Donelan: They could be anyone’s, ministers Johnson, Gyimah, and Skidmore have their prints all over that.

Hastings: Aye, and where are they now? All gone.

Donelan: Disloyalty was their choice.

Hastings: Jesus, Mary, Joseph and wee Brendan Rodgers, what am I listening to?

Fleming: Are you or are you not responsible for killing off Augar?

Hastings: Is this what you mean by “acting” as minister?

Williamson: I think what Michelle is trying to say, is that she would not act alone in such matters and would seek the opinion of superiors.

Acland-Hood: Superintendent, this is all very well, but do you have any specific allegations to make?

Hastings: Allegations? Mother of God, I’ll give ye allegations permanent secretary. This wee lassie swans in here and tries to have us believe that she is actually the minister for universities, when she has clearly had no contact with a student and hasn’t visited a campus since she graduated.

Hastings: Aye, about that. DS Arnott.

Arnott: Item 27c in your folder. This is a list of universities by student recruitment as of September this year. It shows no evidence of effective student number controls. In fact it shows wild variation in recruitment between institutions, with some universities well in excess of their stated number cap.

Hastings: We are interested in one thing and one thing only, bent cappers.

Hastings: Who’s behind all this?

Fleming: Go on, tell us Michelle, we know that you were coerced into this, and the appointment of Wharton. Tell us who did it and it will go easier for you.

Hastings: Jesus, Mary and John Lewis, is that it?

Williamson: I think Michelle has fully co-operated with your inquiry and we are leaving.

Arnott: Image 78c on screen. For the DIR, I am showing an interview given by James Wharton to the Daily Telegraph on the first of April this year. Do you recognise this document, minister?

Williamson: You are not obliged to answer him, Michelle.

Hastings: Mother of Gove, is this what you people call free speech?

Acland-Hood: I’ve yet to see any evidence of wrongdoing Superintendent.

Fleming: Items 81b through to 96f in your folders. For the DIR, these are a serious of media reports about no-platforming, self-censoring conservative academics, college statues, and snowflake students. Do you recognise said items, minister?

Fleming: These are burners of the type commonly associated with OCGs such as those behind the suspicious events of the 2016 European referendum and the 2019 general election campaign, planted news stories intended to enflame and confuse.

Hastings: You see, it is our belief that someone, acting alone or in consort with others, has been deliberately misdirecting people away from the issues uncovered by Philip Augar in his investigation, by planting fake news about free speech on campus.

Williamson: That is preposterous. There’s not a shred of evidence.

Hastings: Some mothers do ‘ave ‘em right enough. We’ve been round the houses, on this fella, round the houses and down the bloody drains. The evidence is as plain as the smirk on Priti Patel’s face.

Acland-Hood: Are you seriously suggesting that there has been a conspiracy to start a culture war in universities to avoid dealing with the substantive issues that affect tertiary education in this country?

Hastings: Yer dead on missey, that is exactly what I am suggesting.

Fleming: All sacked or eased out, while the full response to Augar is put off and put off, you’re not telling me that’s all a coincidence.

Hastings: Mother of George Best, what kind of department are you running fella, is it the ministry of funny walks?

Arnott: Or just the ministry of funny policies.

Acland-Hood: If you would like to ask any more questions, please submit them in writing and we will respond in ten working days.

Hastings: I’m giving you one last chance to co-operate with this inquiry before I consider charges.

Donelan: It wasn’t me.

Arnott: Who was it then?

Donelan: My career would be over. I’d be just like poor Skidmore, I’d be back on the beat, having to meet my constituents, having to be just an MP again.

Fleming: Tell us, Michelle, we can protect you from these people.

Acland-Hood: You don’t have to say anything Minister.

Williamson: It worked for me last summer.

Hastings: Mother of Golf’s Rory McIlroy, don’t even get me started on the A-level fiasco, what a botched operation that was. We’re still cleaning the mess up after that one.

Williamson: At least you didn’t mention the re-opening of schools fiasco.

Hastings: Universities minister Michelle Donelan and education secretary Gavin Williamson, I am charging you with incompetence in public office. You do not have to say anything. But it may harm your credibility if you do not mention when questioned something which you later trot out in a Telegraph column or speech at a party conference. Anything you do say may be used as evidence against you by the court of public opinion. Interview terminated.

[Hastings switches off the DIR, we hear a long beep].

Terms of use: this is a free email for fun on a Friday, it should be shared amongst friends like the bill for gold wallpaper. Got a tip off about the whereabouts of a missing government response to the issues facing higher education? Want to say hello? Email ivorytower@researchresearch.com