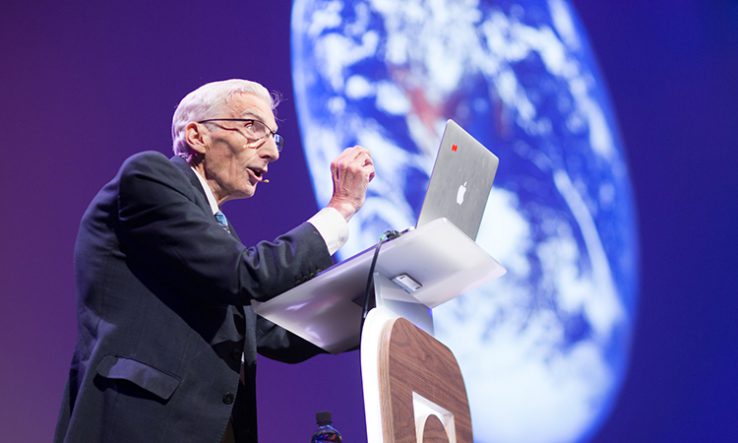 In the US and UK, frontier research is mainly concentrated in universities. But this system doesn’t prevail everywhere.

Although Germany pioneered the creation of the research university in the early nineteenth century, most of that nation’s leading researchers are now in Max Planck institutes. In France, they’re civil servants in CNRS institutions. So the kind of academic career that mixes teaching and research is an Anglo Saxon model, although it’s also been widely adopted in Asia.

Such institutions also offer an indirect benefit, which is harder to quantify but could be just as important, as a source of independent expertise, of people plugged into new ideas emanating from anywhere in the world. This gives research universities an obligation to provide advice to government on issues where the natural and social sciences are relevant.

But their future in the UK isn’t guaranteed. The encroachment of audit culture and other pressures is making our universities less propitious places for research projects that demand intense and sustained effort. Dedicated standalone labs may be becoming preferable, even if they come with the downside of separating talented researchers from contact with students.

The UK owes its strength in biomedical sciences to famous free-standing labs—such as the Medical Research Council’s Laboratory of Molecular Biology in Cambridge and the Francis Crick Institute in London—which allow full-time, long-term research. In some such institutions, government funding is supplemented by the Wellcome Trust, cancer charities and a strong pharmaceutical industry.

An article I wrote on this theme for Research Fortnight’s 500th issue in 2017 was headlined ‘I don’t envy young academics’. I still don’t—I feel fortunate to have started when academia was less crowded and the profession was growing fast, riding on the expansion of higher education during the 1960s.

On university faculties then, the young outnumbered the old, and the old retired in their 60s, opening up new slots. It was reasonable to aspire to lead a group while still quite young. That’s far less true now, both in the UK and in the US, where the average age of winning a first grant from the National Institutes of Health has risen to 43.

A world-class university system must attract a share of young people who are savvy about their options and ambitious to achieve something distinctive by their thirties. But these people increasingly associate academia with years of precarity and financial sacrifice. They are also put off by ever-more detailed ‘performance indicators’ to quantify ‘outputs’, and by endlessly preparing grant applications that have a small chance of being funded.

The Research Excellence Framework has become burden-some. Universities base their appointments on what will score best in the next research assessment, in the process giving young academics two perverse incentives—to shun high-risk research, and to downplay teaching.

When academics extol free-wheeling research, they risk being accused of disregarding their obligations to the public. They should counter such allegations. Choices of research project are anything but frivolous: each puts a big chunk of one’s professional life and reputation at stake.

The new Advanced Research and Invention Agency is intended to provide support for long-term projects—and a freedom from bureaucracy that is unavailable elsewhere in the system. But it should be a higher priority to make the bureaucracy at UK Research and Innovation— which controls about 50 times more money than Aria—more streamlined and less vexatious.

As the development of Covid-19 vaccines showed, to exploit new discoveries universities and research institutes must be complemented by organisations, public or private, that can offer development and manufacturing capability. The UK needs such expertise and structures not only in biological sciences, but in energy, climate and all things cyber—in fact, in all the fields needed to tackle global challenges. This means doing R&D in a range of institutions of complementary strength, not all of which will be universities, to facilitate blue skies speculation, long-term programmes and a rapid response to emergencies.

Martin Rees is the Astronomer Royal and a former president of the Royal Society. His latest book is If Science is To Save Us (Polity)