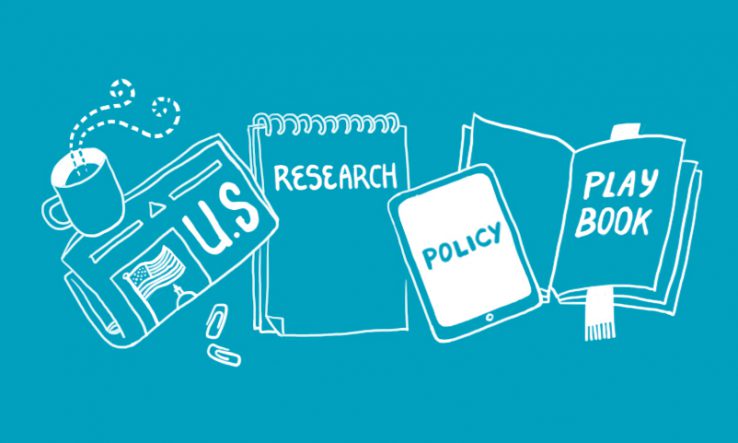 Research managers from the US and around the world will gather under the bright lights of Las Vegas this week for the Society of Research Administrators International meeting.

Research Professional News is delighted to say we will be there in force, as media partner for the event. For those will not be joining us, do not fear: we’ll be reporting highlights of the conference on our site throughout the week.

The choice of venue may take some by surprise. Things don’t get much more ostentatious than Vegas’s famous Strip, a location at odds with research managers’ reputation as the unseen, unsung and financially conscious heroes of academia.

They spend their days helping researchers find funding opportunities, honing their applications to get the best chance of success and sometimes putting up with less-than-grateful comments, all without a share of the spotlight when a paper is finally published.

Well, following the Covid-19 pandemic there are signs that the hard work research offices do is increasingly being recognised.

A survey of researchers and research office leaders—conducted by research agency Alterline and published by higher education software and services provider Ex Libris, part of Clarivate*—has found academics’ appreciation for their support services has increased in each of the last three years.

While 52 per cent of researchers said they were satisfied with the support they received from their research office in 2020, that rose to 53 per cent in 2021 and 56 per cent in 2022.

The report authors said that this, along with growing satisfaction in the services provided by university libraries, showed “positive work being done coming out of the pandemic to enhance researcher support”.

The results, which were achieved by surveying 200 researchers and 100 research office leaders in the US, UK and Australia, should come as no surprise to research administration staff who work hard to support their researchers.

But there is a caveat. While researchers said they were more satisfied with the help they receive from their research office, the type of help they want is increasing.

Although accessing and securing funding are still the top priorities for researchers when they come to their research offices for help, the report’s authors wrote that “researcher expectations that the office will provide support for collaboration, compliance and maintaining their profile increased since 2021”.

This could present a challenge for time-poor research offices. The same survey found that staff “report limited time and resources to support overburdened researchers,” who spend around a quarter of their time on administrative tasks.

Applying for funding is the main reason researchers have little time on their hands. Three in 10 say they applied for funding four times per year or more, and 52 per cent of those say finding funding is difficult.

According to the survey, while 84 per cent of researchers report finding funding themselves, 49 per cent say they receive some help from their research office.

The report’s authors said that finding funding is a “heavy burden on both researchers and the research office, who are already under pressure due to limited resources and budgets, decreasing staff numbers, and challenges with data systems and silos”.

This could explain why research office leaders’ priorities are changing when it comes to securing research funding. Finding more cash for research is still their main goal, with 54 per cent saying this was their top priority. But this is down from 66 per cent in 2021 and 68 per cent in 2020.

Instead, research office leaders are increasingly looking to find new sources of income to help their researchers—37 per cent say that diversifying funding sources is a priority, up from 29 per cent in 2021 and 25 per cent in 2020.

Of course, finding funding is not the only administrative task adding to researchers’ workloads. The move towards open access is also partly to blame, according to the report, whose authors found that “meeting increasingly demanding open access requirements” was adding to the burden on researchers.

While 61 per cent of researchers surveyed in 2020 said they were required to publish open-access datasets alongside their publications, that grew to 82 per cent in 2022.

This heightened burden could become a bigger problem for researchers in the US, after president Joe Biden’s administration signalled a move towards greater open access in academic publishing.

In August the White House’s Office of Science and Technology Policy announced a change in policy scheduled for 2025 that would scrap a 12-month embargo period for publishing new papers, and would instead require publishers to make research available to the public as soon as it’s published.

With the increasing pressure on research offices to help academics meet open-access requirements, libraries could become even more important partners. The survey found that 68 per cent of research office leaders say they sometimes or often collaborate with libraries, but 29 per cent demonstrated “an appetite to enhance this relationship” by saying they wanted to work with libraries even more.

When research office staff do collaborate with libraries, it is most likely to revolve around open access compliance—making them an important ally in efforts to help.

“Greater collaboration is key to supporting researchers effectively,” the report’s authors wrote. “Fostering stronger links between libraries and the research office can create opportunities to reduce the burden on all parties and enhance institutional prestige.”

If you work in a research office, next time you contact your colleagues in the library why not ask them out for a coffee? They might just be the help you need.

(*Research Professional News is an editorially independent part of Clarivate.)

Wondering what to do with your Halloween pumpkin once all the trick or treaters have gone? How about throwing some giant gourds from your roof like the students at California State University Chico, which hosted its 33rd annual Pumpkin Drop last week.

Physics students at the university use the pumpkins to demonstrate how gravity works to local school children, and they also presumably enjoy smashing pumpkins from a great height, with suitable safety precautions of course.

Lindsay McKenzie reports that the National Institutes of Health, a US federal research funding agency, has provided an update on its efforts to address structural racism in biomedical research, both within the agency and in the broader landscape.

Lindsay also brings us the news that Joe Biden’s administration has published a strategy outlining plans to counter biological threats and improve global health security, which includes strengthening the safety and security of laboratories in the US and elsewhere.

In the US news roundup, international academic organisations have teamed up to support Ukrainian research during the Russian invasion by overseeing the distribution of a $3 million donation from the not-for-profit Breakthrough Prize Foundation.

Science magazine reports that Republican politicians have tried and failed to get the US National Academy of Medicine to expel one of its members. The magazine also says that the National Science Foundation is ending a cost-sharing requirement that requires institutions to make a contribution when they receive grants or equipment.

AP News reports that China has launched the final part of its space station.

The New York Times says there is “little new evidence” in a report from Republican politicians that says a lab leak is the most likely cause of the Covid-19 pandemic.

The Washington Post also examines the report, saying it “represents a possible template for a future investigatory hearing in Congress if Republicans gain control of the House or Senate”.

The National Academies’ roundtable on macroeconomics and climate related risks and opportunities will hold its first committee meeting today.

The Interagency Working Group on Inclusion in Stem is hosting a roundtable on preventing harassment in scientific research environments.

The National Science Foundation begins a two-day workshop for researchers interested in the Build and Broaden programme to build research capacity at minority-serving institutions.

The NSF also begins a two-day webinar on its new Experiential Learning for Emerging and Novel Technologies, or ExLENT programme.

The Harvard Radcliffe Institute will host an online lecture on the past, present and future of abortion in America.

Research!America will host a discussion on the current work of the Human Genome Reference Program.

The National Academies will host a discussion on advancing women leaders in science with L’Oréal USA.

The National Academies’ Polar Research Board is also meeting.

Nasa will hold a teleconference to discuss the status of the Artemis I moon mission.

The Playbook would not be possible without Lindsay McKenzie, Martyn Jones, Craig Nicholson and Daniel Cressey.

Thanks for reading. Have a great day.