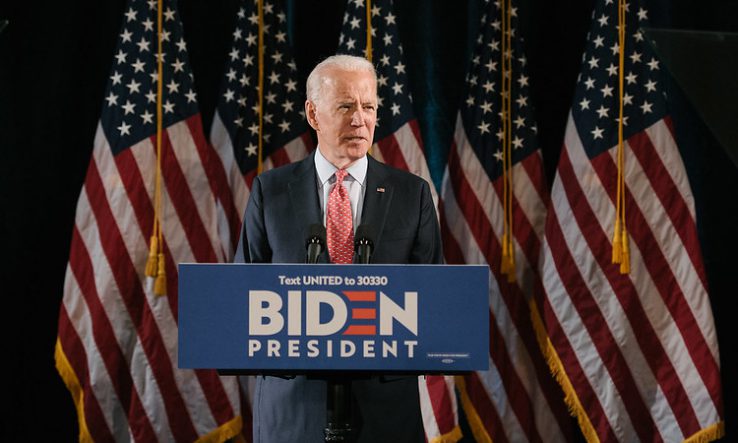 US president Joe Biden has ordered a wide-ranging review of scientific integrity across government agencies, including looking for evidence of “improper political interference” in research.

Signing a presidential memorandum on 27 January, Biden said “we will protect our world-class scientists from political interference and ensure they can think, research and speak freely and directly to me, the vice-president, and the American people”.

The move follows a string of rows over scientific integrity under the presidency of Biden’s predecessor Donald Trump, including over the independence of Covid-19 reports from the Centers for Disease Control and Prevention, and the installation of climate sceptics to lead government climate change programmes.

Responsibility for the review is in the hands of the newly appointed director of the Office of Science and Technology Policy, Eric Lander, who has been elevated to a cabinet position in the administration. Lander will oversee a cross-agency taskforce given 120 days to assess whether scientific integrity policies have been followed correctly. Agencies will be required to update their policies based on the review’s findings.

Biden has also made integrity a leadership issue for all government agencies with research programmes. The presidential memo requires such agencies to appoint a chief science officer responsible for upholding integrity, while every agency across government must appoint a scientific integrity official.

Gretchen Goldman, research director of the center for science and democracy at the Union of Concerned Scientists—a pressure group for public-interest research—welcomed the moves to restore trust in US government research. “This is big, and it puts science on the agenda like never before,” Goldman wrote in a blogpost.

But she also said that relying on presidential backing for science integrity was “not enough” and that additional safeguards are needed.

Roger Pielke Jr, a science and technology policy researcher at the University of Colorado Boulder, told Research Professional News that legislation on scientific integrity is required to “ensure that such policies are not merely at the whim of whomever happens to be president”.

“Scientific integrity is far too important to let blow with the political winds,” Pielke Jr added.

Biden also reinstated the President’s Council of Advisors on Science and Technology, which provides independent science advice to the White House when reinstated under a new president. Biden’s swift establishment of PCAST contrasts with the approach by Trump, who waited more than two and a half years after his inauguration to reinstate the body.

But the Biden administration has already come under scrutiny for its commitment to scientific integrity. The pressure group Public Employees for Environmental Responsibility accused Tom Vilsack, Biden’s pick to head up the US Department of Agriculture, of interfering with scientific work “that big agriculture found bothersome” during his previous stint as agriculture secretary under former president Barack Obama.

“Tom Vilsack’s record on scientific integrity at USDA was appalling,” Peer’s executive director Tim Whitehouse said in a statement on 29 January. The group urged the US Senate not to confirm Vilsack unless he committed to putting safeguards in place for scientists.

Research Professional News has been unable to reach Vilsack for comment. A spokesperson for USDA said Peer’s claims were “false and misleading”, adding that Vilsack “signed USDA’s first and only scientific integrity policy under his previous tenure”.

“The new team is committed to making USDA a place where bright, talented people want to work and where scientific integrity is safeguarded,” the spokesperson said.

Peer did not directly address the criticism of its claims when approached by Research Professional News.

Vilsack’s appointment was approved by the Senate agriculture committee on 2 February, and will now be voted on by the full Senate.