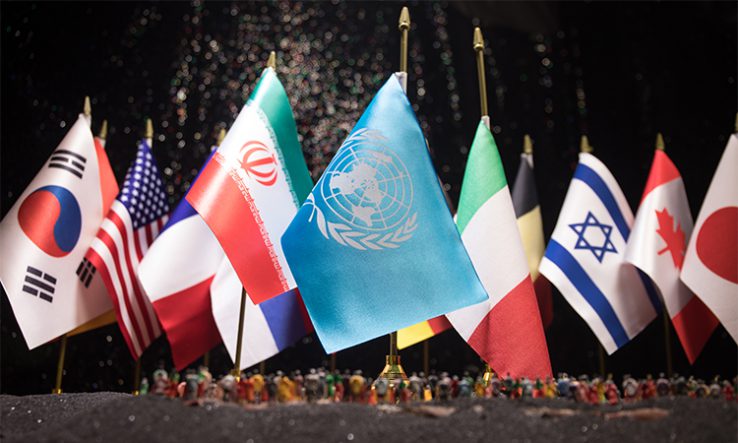 Science ministers and representatives from 122 countries have expressed “unanimous support” for a global pact on open research at a high-level meeting of the UN’s science agency, Research Professional News has learned.

The United Nations Educational, Scientific and Cultural Organization (Unesco) has been pushing for the pact, in part due to the ongoing Covid-19 pandemic, culminating in the 30 March meeting.

Without it, she said, “we would never have been able to convene such a ministerial dialogue”.

A shift to home- and remote-working by researchers has been triggered by national attempts to combat the spread of the coronavirus. This has led to demands that publishers and other content providers open their research materials to aid disrupted academics and students.

Nair-Bedouelle said the response to her call for a pact on open science and international collaboration was overwhelming. “There was unanimous support for a global pact,” she said.

A report of the meeting is expected next week, including further details of the pact and the countries that have agreed to it.

Nair-Bedouelle said ministers agreed there should be a “global open-access database on scientific research results” and that Unesco should establish a “platform or network” for sharing scientific knowledge during crises.

There was also “unanimous support” for Unesco coordination of an international coalition for open science to respond to pandemics, environmental crises and other global threats, she said.

One of the steps towards adopting a recommendation is agreeing on a definition of open science, something Nair-Bedouelle said was raised as a concern by ministers. She said there are “ongoing discussions and dialogues right now on the common understanding of open science”.

Research Professional News also understands that ministers discussed what measures would be needed to lift the barriers on scientific collaboration imposed by copyright and patent law, and how the coronavirus epidemic could be a catalyst to reforming laws on copyright.

The ministerial meeting comes in the middle of existing efforts by Unesco to develop a recommendation on open science, with the aim of “decreasing the knowledge gap” between nations, particularly between countries in the global north and south. A roadmap towards adopting an open-science recommendation by 2022 was agreed by Unesco member states in November 2019, but regional consultations have been delayed due to the coronavirus pandemic.