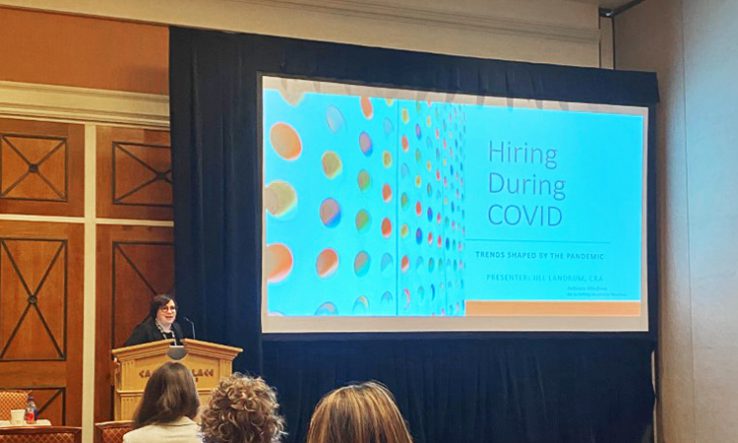 Diversity and inclusion are “fragile” in the United States’ research administrator workforce, the sector has been warned.

Jill Landrum, manager of the grants and contracts office at the Medical College of Wisconsin, urged research managers to support people from underrepresented groups during a talk at the Society of Research Administrators International annual conference in Las Vegas, Nevada. If managers do not act, warned Landrum (pictured), the state of diversity and inclusion in research administration will worsen.

Underrepresented groups in the US workforce in general include people with disabilities, African Americans, Hispanics, Latinos, American Indians and Alaska natives. Women are also underrepresented, particularly in leadership positions and in science and engineering.

In a talk on the challenges in hiring research administrators since the pandemic, Landrum also pointed out that wider trends, such as the country’s labour shortage, were putting pressure on the sector’s workforce. As of 31 October, the country has over 10 million job openings but just six million unemployed workers, according to lobby group the US Chamber of Commerce.

The labour shortage, Landrum explained, means there are longer waiting lists for childcare, which in turn has resulted in women leaving work in droves.