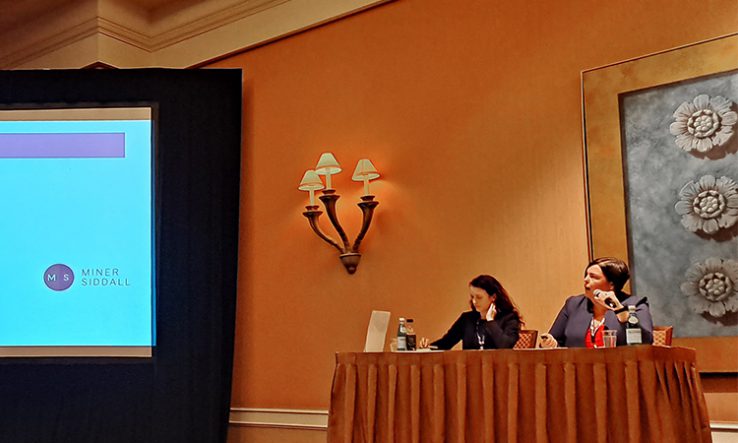 There are “seven deadly sins” in misconduct cases that administrators can help researchers avoid, a lawyer who specialises in the field has advised.

Speaking at the Society of Research Administrators International annual conference in Las Vegas on 2 November, she outlined the seven issues that she said underlie or aggravate the majority of the misconduct cases she comes across.

She said that these “seven deadly sins” relate to:

Siddall (pictured right) said that 75 to 80 per cent of the cases of alleged misconduct she has seen recently have involved image manipulation.

While some forms of manipulation, such as superimposing images, are legitimate ways of displaying research results, other forms could constitute misconduct. Manipulations of particular concern include improper cropping, enhancement and resizing, she said.

Research administrators can help researchers and their institutions avoid misconduct risk by providing training, adhering to federal regulations and turning to lawyers when misconduct is alleged, Siddall suggested.

“Engage counsel as early as possible in the process,” she advised, adding that many researchers or institutions approach her when cases of alleged misconduct are already well underway and the people involved have already made statements.

“I would much rather talk with them earlier,” she said.