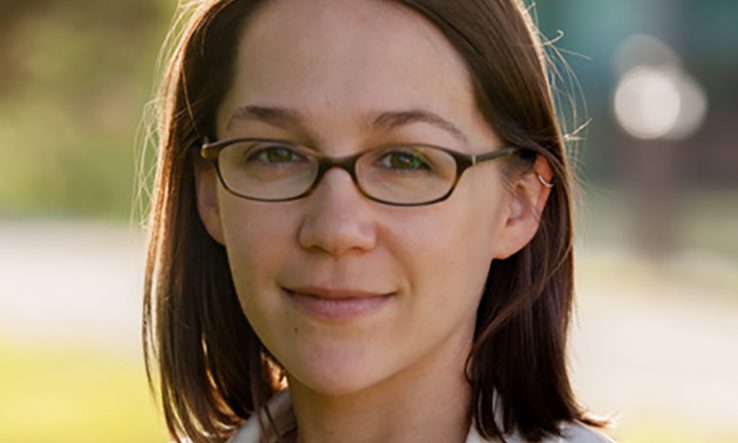 The Canadian Institute for Advanced Research (Cifar) is a charity that supports interdisciplinary research around (but not limited to) artificial intelligence, consciousness and learning.

Its Azrieli Global Scholarships scheme seeks to support and bring together exceptional international early-career researchers over the course of two years.

Scholars receive CAD100,000 (€68,649) to spend on their research and access to a programme of mentoring, training and networking over the two years. Travel expenses for participation are covered.

This year Cifar is accepting applications to its programmes on: child and brain development, learning in machines and brains, quantum information science and quantum materials.

Applicants may be based anywhere in the world, hold a PhD or equivalent and be within the first five years of starting a full-time research position at a higher education or research institution.

The application form asks potential scholars to outline their research, explain how they would like to grow as a leader and provide detailed information on their academic background and public engagement activities. They must also provide two to three letters of recommendation, including one optional letter from a “leader outside the academic sphere”.

Applications for this year’s competition will close on 5 February 2020 and it might just be possible to get an application in by that date, as Kate Ross, an Azrieli global scholar from 2016-2018, suggests.

Tell me about your research.

I am a condensed matter physicist. I study phenomena that occur in solids; my particular area is quantum magnetism.

How did you hear about this scheme?

I was a graduate student in Canada and my adviser was a Cifar programme member. He was the one who told me about the scholarship.

What did you use the fellowship money for?

The funding is for your research—that’s besides travel, since they cover cost of meetings. They are flexible on how you spend the money—you could use it on other travel, say for a non-Cifar conference, or to hire a post-doctoral student. I put it toward a low-temperature probe.

How long did it take you to put together your application?

Compared to how long it takes to apply to pretty much anything else it was done very fast. The application was a bit like a guided cover letter. It was a series of questions you were expected to answer in one or two paragraphs.

Was it at all difficult applying from a country outside Canada?

No—the funders are really adamant that this is an international scholarship. There were people from Hong Kong, Israel, Italy—where you come from should not make any difference to your application’s chances.

Were there any parts you found challenging?

When I applied, they wanted a reference letter from one person outside academia. If you worked with industry, for example. Depending on your research field some people found this challenging.

In your case who did you ask?

I work using a technique called neutron scattering. To do experiments we have to go to national facilities, so I got a letter from someone who works at the national lab. That person was very close to being an academic, but not exactly.

Would it be possible to file an application in less than a month?

People should definitely start now to get letter writers sorted sooner rather than later.

What was the next part of the application process?

After applications are screened, they invite you for an interview, which turned out to be really interesting and very different from anything I’ve ever done. For the interview all the shortlisted people come together for two days in Toronto. It’s basically part of a soft skills workshop, and you are judged on how you perform.

What does that entail?

I’ll never forget that interview. It kind of felt like a reality TV show—like you were going to get voted off the island. It’s your first time meeting all the other candidates. They are from all over the world, different fields. Each programme had two or three candidates, depending, so there were maybe 30 to 50 people there.

Did you have to prepare?

They didn’t tell us much about what was going to happen. They just said, come to the interview and we’ll tell you when you get there. As it turned out, you give talks with very little preparation. A large part of programme is geared to training you how to be a better leader and communicator, so they want to make sure you have some communication skills already.

How did you find it?

The interview was fun but also really hard. There were times when I thought, I’m not doing well at this at all.

What kind of tasks were you asked to perform?

We had to give a lightning talk—five minutes on our research—this was the one thing we were told about in advance. Other candidates had to give us constructive feedback. Because they are not experts, the talk had to be accessible to everyone. After the talk we were told that we’d be using the feedback to give another talk the next day and would be graded on our improvement. For another task, we had to write a story in 45 minutes, following a tutorial on storytelling.

How did the interview experience compare to the meetings for successful scholars?

They were very similar. There are in fact several meetings to attend if you get the scholarship. Aside from the cohort meeting with other global scholars in which you develop skills such as time management and better communication, you attend programme meetings in your field. For instance, I was a global scholar in the quantum materials programme. The meeting is with leading experts in the field, so it’s a great meeting to go to.

What are some of the benefits of being a global scholar?

Getting to know other global scholars is important, and we also developed our skills in reaching out to the public. Three of us wrote an article on the role of uncertainty in science for a Canadian magazine. We gained access to editors at Cifar as part of that, and they helped us craft the article and gave us guidance.

Are there other skills you learnt which you have been able to apply?

In cohort meetings we had training on mentoring graduate students. It’s a really challenging thing to figure out how to manage people when you first start out as assistant professor, so that was really helpful for all of us. We talked a lot about this and continued the discussion online even after the meetings.

Did that training affect your approach to mentorship?

Yes, since then, I’ve started to set up meetings with students every six months—we talk about their goals in their PhD and what they’ve done in past six months to address that and what they think could be done better. It’s an opportunity for me to give them feedback and also for them to give me feedback; to tell me “give me more space or be better at answering emails”, for instance. It’s really helpful to have that check-in and think about the big picture.

Are you now a Cifar member?

Yes. I was asked to become a member after my scholarship ended, but that doesn’t happen to everybody.