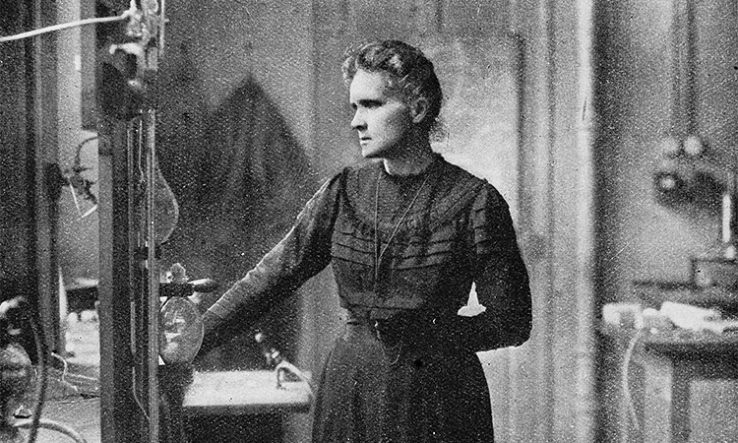 The Marie Skłodowska-Curie Actions (MSCA) is the main funding programme directly targeted at early-career researchers within Horizon Europe and will have a budget of €6.6 billion over the seven years of the EU’s new research and innovation framework programme.

In Horizon Europe, the individual MSCA actions have been renamed from their previous incarnations under the Horizon 2020 framework programme. Looking just at the two most highly subscribed actions, Innovative Training Networks have become Doctoral Networks, while Individual Fellowships have become Postdoctoral Fellowships.

These two actions have suffered the most significant cuts to their budgets, with Postdoctoral Fellowships seeing a cut of 26 per cent and Doctoral Networks a cut of 24 per cent in 2021. In comparison, the Starting Grants from the European Research Council have been cut by 8.5 per cent from €677m to €619m between the last call in Horizon 2020 and the first in Horizon Europe.

It may be that MSCA has been a victim of Brexit. Since the launch of Marie Curie Fellowships in the 1990s, the UK was by far the largest beneficiary of the programme, and presumably the national government that supported MSCA most effectively in budgetary negotiations.

The MSCA certainly missed a strong champion in the Horizon Europe budget negotiations and it may be that the associated countries—including the UK, Switzerland and Norway—will eventually add more to the final MSCA budget.

After a record number of project proposals in the final Horizon 2020 round in September 2020, of which only 14 per cent were accepted, there are several changes to the eligibility criteria for Postdoctoral Fellowships that aim to restrict the number of applications under Horizon Europe.

Applicants must now be in possession of PhD at the call deadline and have a maximum of eight years research experience after PhD. The tightening of eligibility criteria had been opposed by the Marie Curie Alumni Association, which led to an extension of the ‘academic age’ from 6 to 8 years.

Allowances will also be given for career breaks, time spent working outside of research and for researchers outside Europe looking to return to work in the continent. However additional resubmission restrictions will apply from 2022 for applications receiving a score below 70 per cent in the previous year.

The Doctoral Networks also became a highly competitive call in Horizon 2020. As with Postdoctoral Fellowships, the main changes to the programme in Horizon Europe aim to find ways to increase success rates while simultaneously reducing budget.

This has taken the form of limiting the maximum number of doctoral positions from 15 to 10, with the exception of industrial doctorate programmes, and from 2022 the resubmission of proposals will be restricted to applications receiving a score above 80 per cent.

For applicants whose proposals are not accepted in the main call for Postdoctoral Fellowships, the Commission has lined up a range of options for alternative routes to funding that will presumably be supported through structural funds.

During Horizon 2020, an option was introduced where the most highly evaluated projects to be hosted in countries considered low-performing in research and innovation were awarded a Widening Fellowship. In Horizon Europe, these will be replaced with ERA Fellowships and cover more or less the same countries.

In addition, Postdoctoral Fellowship proposals evaluated above 85 per cent will be awarded with a Seal of Excellence by the Commission, with other research funders encouraged to use the MSCA evaluation as the basis for awarding research funding from their own sources.

Although the Commission is also proposing additional synergies with other EU funding programmes, it is not yet absolutely clear how these will be implemented in practice and which countries and regions will be covered.

Another novelty in the Postdoctoral Fellowships scheme is the option to include an additional placement of up to six months in a non-academic European organisation. From the point of view of writing the impact section of a competitive proposal, this option will indicate the transfer of knowledge to partners outside academia.

Across the different MSCA actions there have also been some major developments under Horizon Europe with regard to diversity, inclusion and researcher support.

The family allowance has been increased and will be more widely accessible, even for those whose parental status changes during the duration of the project. A broader definition of family has been introduced to permit access to these allowances, for instance, allowing recognition of LGBTI+ couples under more flexible circumstances.

A new special needs allowance will support MSCA fellows with physical, mental, intellectual or sensory disabilities, and a long-term leave allowance has been introduced to cover the costs of maternity, paternity, parental, sick or special leave.

In Horizon 2020, researchers on leave had to pause their grants, burdening them and research managers with difficult financial choices. In particular, the long-term leave allowance will provide pregnant women with a clear source for employer contributions to maternity pay and allows them to more flexibly continue their projects and careers.

Finally, guidelines on supervision for grant winners have been published that build on the European Charter for Researchers and Code of Conduct for the Recruitment of Researchers. These require that researchers are adequately supervised, training is provided to supervisors, conflict resolution procedures are in place, and that supervision supports the wellbeing of researchers.

Brian Cahill works in the Learning and Skills Analytics Research Group of the Leibniz Information Centre for Science and Technology in Hannover, Germany, as grant manager of a COST Action on Researcher Mental Health. He is a member of the governing board of EuroScience and was chair of the Marie Curie Alumni Association from 2016-2018.