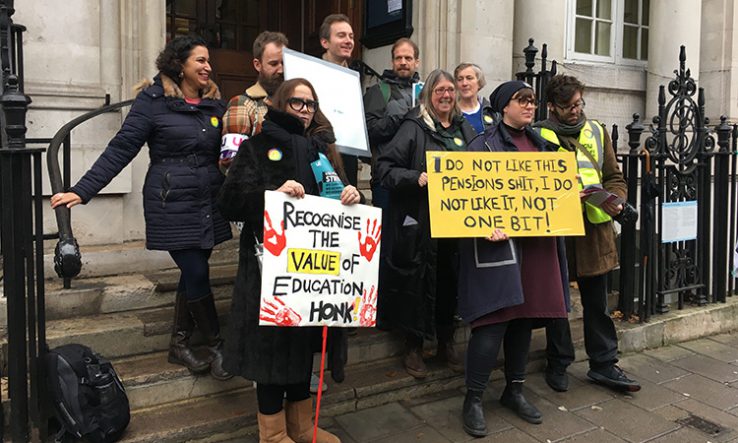 Staff at a further 24 universities will be re-balloted on whether they want to take strike action in the new year, just days after the Joint Expert Panel recommended that employers and the union go back to the arbitration service ACAS.

On 18 December the University and College Union confirmed that 24 universities will be asked to vote for industrial action over pensions and pay and conditions. A total of 13 universities are already being re-balloted after they failed to reach the 50 per cent threshold required to join in the strikes in November and December, which saw staff walk out in 60 universities across the UK.

The 24 universities include King’s College London, the University of Oxford—which took part in the recent strikes over pay and conditions, but not pensions—and Coventry University, which did not take part in the recent nationwide strike action but held a separate strike over the university’s pay and progression structure.

On 12 December the Joint Expert Panel, set up by UCU and Universities UK to help resolve the dispute over the USS pension scheme, published its latest report and recommended the union and employers come together "at pace" to agree a way forward, including a potential visit to the arbitration service ACAS. Shadow education secretary Angela Rayner has also called on both parties to return to ACAS.

The union has agreed to participate in talks with the University and College Employers Association in the row over pay and conditions. But Ucea say that while it is happy to discuss issues such as the gender pay gap, a new pay settlement will not be on the agenda.

The re-ballots will open at the 24 universities on 7 January and close at all 36 universities being re-balloted on 28 January. The union must give employers two weeks’ notice before any industrial action can begin.

Jo Grady, general secretary on the UCU, said: “This is the time for employers to demonstrate they are serious about wanting to avoid further and even more widespread disruption at our universities.

“We have been clear from the outset that UCU members are prepared to take serious and sustained action to defend their pay and conditions, as well as their pensions.”

UCU has already warned that more strikes could be held next year, as they have a six-month mandate from the union branches that backed the recent strike action. The UCU’s Higher Education Committee will meet on 30 January to discuss the latest ballot results and consider plans for further action.

Strike action took place at 60 universities over eight days from 25 November to 4 December. The dispute over pensions covers changing contributions to the Universities Superannuation Scheme, while the row over pay covers salary rises and working conditions such as gender and ethnicity pay gaps, workload and casual contracts.