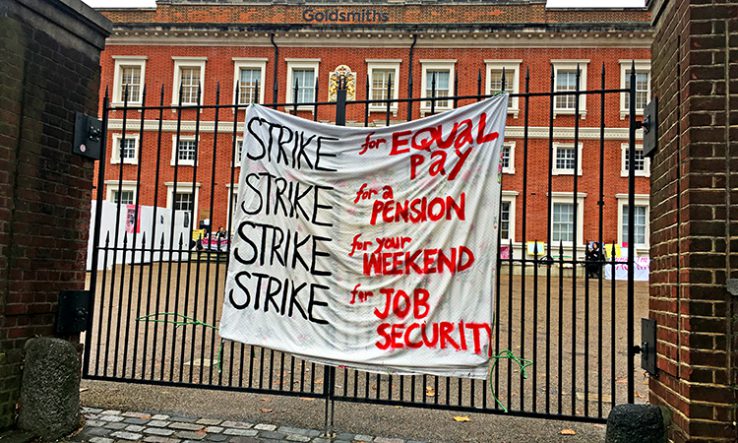 Institutions have until Monday to reply to Universities UK’s consultation on whether they are willing to cover contribution increases to the Universities Superannuation Scheme, but University and College Union leader Jo Grady has warned that staff are unlikely to see any offer before strikes commence.

In an online briefing with members on 13 February, union general secretary Grady told members that they would know whether employers want to make a renewed offer next week. But she warned that any offer was unlikely to be put to members before 14 days of strike action start on 20 February, although she said strikes were a good time to call emergency meetings “because nobody is in work”.

Staff are set to go on strike at 74 universities over either pensions or pay and conditions, or both disputes. The row over pensions centres around whether contributions to the USS should increase and, if so, who should pay. A parallel dispute covers the level of pay increases and employment issues such as workload and casual contracts.

A spokesman for the vice-chancellors body Universities UK confirmed to Research Professional News that the consultation with its members was taking place. The deadline for employers to respond is 17 February. Before the autumn strike action, UUK offered to take a greater share of the joint contribution and ensure a lower contribution rate of 9.1 per cent of salary for employees if the strike ballot was called off, but it was rejected.

Grady said that while the higher education committee could meet to discuss any offer from employers on pension contributions, all strike action would only be called off if there were acceptable offers for both parts of the dispute. “There are two issues here, not just one,” she said, explaining that the UCU is “not really in a position yet as a union where we have an offer that is good enough to call off either dispute.”

But Grady left the door open for employers to start up talks with the union on both disputes. “There is still time for them to come back to us and avoid some of the strike action that is coming the way of HE, or maybe some of the dates that are scheduled, if they are serious about doing that and they get back in touch with us to negotiate.”

The Universities and Colleges Employers Association made an offer on pay and conditions to the UCU in January, but it was rejected by the union.

Elsewhere, Grady called on students to put pressure on universities leaders to give details of where the money not spent on salaries during strike action is spent. Grady said that while it was “very easy for students to internalise that market logic” and ask for compensation for missed teaching, she would rather they push universities on strike payments.

Regarding compensation for students, she said she “wouldn’t stand in their way of doing that” if requesting a partial return of tuition fees was “a road a particular student wants to go down”. However, “A much more powerful activity to engage in…ask your institution what they are doing with all the money that they save when they are not paying their staff,” she said.