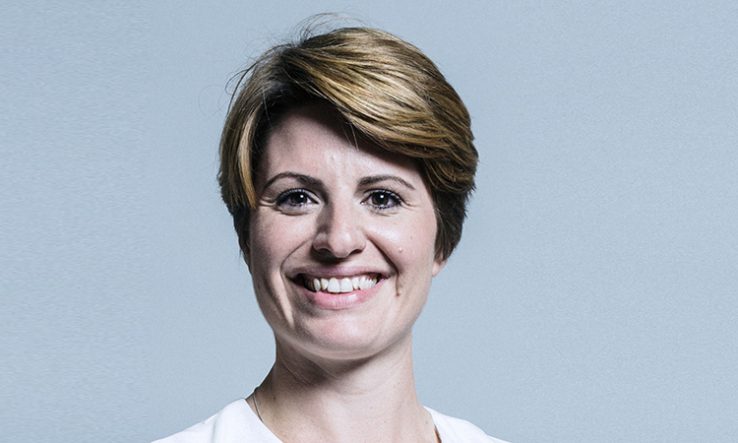 To begin, I would like to thank you all for the many ways universities, students and employees have risen to meet the challenges the pandemic has thrown up: final-year doctors, nurses and healthcare students have stepped in to fill vital roles on the front line; training for returning healthcare workers has been provided; labs have been mobilised for testing and research into the virus; and work is underway on vaccines. All testament to the important role universities play in our healthcare system.

Universities have a vital role to play not just during this crisis, and not just in healthcare, but in rebuilding and retraining the country afterwards. I believe maintaining the health of the sector and its ability to respond quickly to what will be an altered landscape is therefore essential.

I was very disappointed, then, that the government rejected the collective proposals put forward by Universities UK and chose instead just to bring forward the payment of student fees alone. This does nothing to address the underlying loss of income in the long term and consequently universities are being forced to set budgets in the dark without a safety net.

I understand this will pose enormous difficulties as budgets need to be signed off before 1 August and so before definite student numbers are known. Difficult decisions will have to be made on insufficient data. This will be creating added anxiety and stress for staff, many of whom have been living with the precarious nature of short-term contracts for some time. I urge universities to make full use of the furloughing scheme to prevent redundancies during this crisis.

Universities have been working hard to widen participation and inclusion. While much more remains to be done, important progress has been made. It is a matter of concern that the lockdown has brought most of this work to an abrupt halt and put progress made at risk. I fear an entire cohort risks being overlooked and I am keen to learn about good examples happening across the sector during this difficult time.

Meanwhile, those who have already been encouraged to attend university through widening participation routes and those from low-income backgrounds are finding themselves in financial difficulties. Many will have been supporting their studies with part-time work. These jobs are most likely to have been casual contracts that will not allow access to the furlough scheme. These students have been left behind.

Added to those pressures are those concerning their accommodation. Students have faced problems not only with finding rent but with charges for accommodation no longer needed, and many have already signed up to contracts starting as early as June which may no longer be required.

As higher education has quickly moved to provision of online content, it has shone a very bright light on the issue of digital poverty, while at the same time increasing the disadvantage for all those on the wrong side of it. I am concerned about this creation of further barriers to the economically disadvantaged and those with disabilities. The sector can and should continue doing more.

I was excited by the letter proposing a “data free list” of educational sites, signed by representatives of Jisc, the Association of Colleges, UUK and Ucisa, sent to education secretary Gavin Williamson last week. Downloads generated by visiting designated educational websites, accessing online libraries for research papers, virtual learning environments, video lectures and so on would be counted as free data on any student’s data plan. It’s a marvellous idea and one I am pursuing with my colleague, shadow science minister Chi Onwurah MP.

The upheaval, stress and uncertainty of Covid-19 has put a strain on both staff and students and there is an immediate need for increased provision in mental health support. This will also be an important consideration in future planning.

I have raised these issues around student hardship, mental health and digital access personally with universities minister Michelle Donelan. However, her response, while sympathetic, has been to provide no new money but just to note that the Office for Students has given dispensation for universities to repurpose the Student Premium Fund and Student Disability Premium Fund.

It is my position that these funds were not designed to cope with a problem on this scale and ease of access and size of the pot will vary between institutions. I know some were already depleted before this crisis enveloped us. I see this as an abdication of the government’s responsibility; that students are somehow a different category of person whose welfare is the sole province of universities and the OfS.

I am acutely aware of the role universities play as anchor institutions and the immediate economic benefits they bring to their local community and economy. As we look to increase meaningful training and reskilling after the pandemic recedes, the demand from ‘commuter students’, students who do not live on campus but remain in their homes, will increase. We cannot allow the closure of any university to add to the economic impact of the virus or to create higher education ‘cold spots’ which will deny many of the hardest hit the chance to make a fresh start. The impact will be felt by many, with potentially long-lasting implications.

I look forward to working with you all in the future and I promise to continue to highlight the issues facing students, staff and institutions and to argue the case that the vital role higher education has to play in the fight against the pandemic, and in the recovery afterwards, requires comprehensive support from the government.

Emma Hardy is a Labour MP and shadow minister for universities and further education.