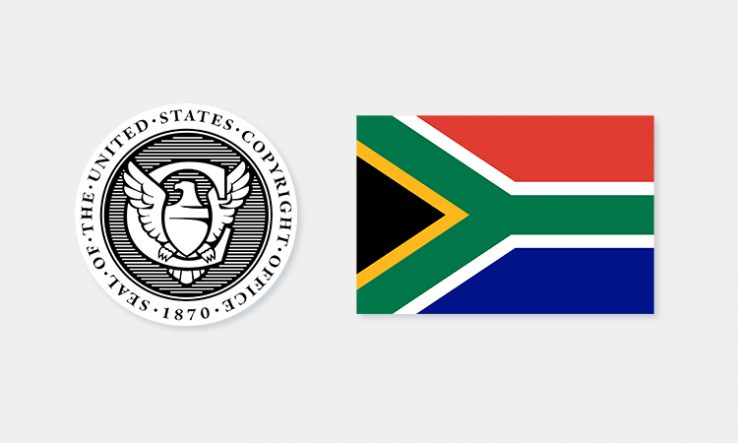 Individuals and organisations have rallied behind South Africa in a row with the creative industries in the United States over new legislation that would allow copyrighted material to be reproduced in South Africa for education and certain other purposes.

US-based academics and non-governmental organisations such as the Wikimedia Foundation came out swinging in favour of South Africa’s reforms in submissions to a formal hearing being held this week in Washington, D.C., to inform whether South Africa’s trade benefits should be reviewed in light of the legislation.

The petition for a review was delivered by the International Intellectual Property Alliance, which represents more than 3,000 creative industry companies, to the Office of the United States Trade Representative in April last year. The USTR, which presides over this week’s hearing, negotiates trade agreements on behalf of the US government.

The IIPA petition asks for South Africa’s trade privileges under the Generalized System of Preferences with the US be sanctioned to guarantee ”adequate and effective protection” of US copyrighted works and sound recordings, and to provide “equitable and reasonable access” to South African markets for US producers and distributors of creative materials. The GSP provides duty-free access for developing countries to US markets and guarantees access to the African Growth and Opportunity Act. Estimates have put the worth of the two agreements to the South African economy at US$2.38 billion.

Most of the submissions to the 31 January hearing supported South Africa’s pending law—the first review of its IP legislation in more than four decades, which despite being approved by the National Assembly in March has yet to get the presidential signature it needs to come into force.

Several submissions praised the country for taking a stand to broaden access to education. The International Federation of Library Associations and Institutions, a global body representing 150 countries, slammed the IIPA’s petition for making “a large number of questionable and necessarily speculative claims”.

Jonathan Band from the Library Copyright Alliance, which represents 100,000 US research libraries, said that some of the IIPA’s attacks “are based on a fundamental misunderstanding of existing South African law”. He said that the new bill addresses the legacies of apartheid and would support impoverished black students. He added that developing countries are often treated unfairly in copyright matters, and that the IIPA is attempting to use the US government to intimidate South Africa into seeking exceptions that benefit its members.

The African Library and Information Associations and Institutions, an association of African libraries, said the review proposed by IIPA should be withdrawn because the copyright amendment bill would benefit all South Africans. “[The bill is] a new best practice, in line with international IP and human rights conventions and treaties, including those relating to people with disabilities,” said Helena Asamoah-Hassan, AfLIA executive director, in her submission.

Teresa Hackett, copyright and libraries programme manager for Electronic Information for Libraries, a Lithuania-based empowerment group for developing libraries, said that the bill brings South Africa’s laws up to date with international trends. “The exceptions in the bill for the benefit of libraries and educational activities are designed to support ambitious national goals for improved education and training,” she wrote in her submission.

EIFL has previously urged South African president Cyril Ramaphosa to sign the bill into law. So did Asamoah-Hassan in her hearing submission, calling it “a matter of urgency”.

The South African government’s expansive submissions to the hearing described the IIPA’s petition as “at best speculative, and certainly premature”. The government defends the new laws and says that the amendments will respect copyright holders but seek to guarantee fair use and access for educational purposes, libraries, and research.

It also lists a slew of possibilities that might alter the bill before it becomes law. It says that Ramaphosa may still refer the bill back to Parliament, which can then decide whether to agree or disagree with the president’s reservations. The Constitutional Court could also rule that the bill must be changed. For these reasons alone, it says, the trade review must be rejected.

The government was represented at the hearing by two deputy-directors from the Department of Trade and Industry and its ambassador to the US.