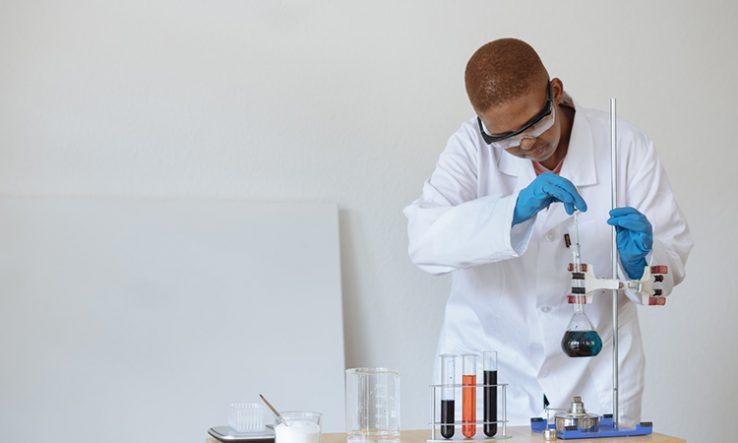 Treasury’s ultimatum to science department: Slash your budgets or we’ll cut them for you

Thousands of postgraduate and PhD grants. Hundreds of research grants. The National Science Week. Research chairs and centres of excellence. These are some of the victims of South Africa’s pandemic budget cuts unveiled in a marathon parliamentary committee session on 15 July.

The cuts total 16 per cent of the 2020/21 budget of the Department of Science and Innovation. They are “tradeoffs” between the need to save money and the need to sustain South Africa’s innovation system, said Phil Mjwara, DSI director-general, during the live-streamed virtual briefing.

Mjwara said that earlier this year, as the negative effects of the coronavirus on the country’s budget became evident, Treasury came to the department with an ultimatum: Either the DSI would help it identify areas to cut this year, or the Treasury would cut the budget for the department. “We think we’ve done the best [we could],” Mjwara said.

One of the department’s ‘wins’ was to convince Treasury to count the R340 million (US$20.5m) that it had already repriorised toward Covid-19 research in this financial year towards its overall savings target, Mjwara added. This meant that instead of a 20 per cent cut to its budget, which is what Treasury had at first demanded, the DSI ended up with the 16 per cent cut outlined in June’s emergency budget.

More than a dozen science officials and administrators from South Africa’s top research funders participated in the briefing. They outlined how the cuts would affect the detailed budgets of the DSI as well as the Council for Scientific and Industrial Research and the National Research Foundation.

All entities will save money through hiring freezes, slashing travel budgets, and by delaying any projects that could be delayed to coming financial years. However, none of them were able to avoid damaging cuts—with a particular concern being scaled-down support for young and emerging researchers.

The DSI says it will reduce its target for the number of PhD grants to be issued in the current financial year from 3,100 to 2,000. The target for postgraduate bursaries will be cut from 9,300 to 6,000. Research grants through the NRF will be cut from 3,950 to 3,000, while nine initiatives promoting science awareness and public engagement, including the National Science Week, will be cut entirely.

Molapo Qhobela, NRF chief executive, said the reductions in new grants from the organisation might impede efforts to transform the demographic profile of the country’s academics, given that 55 per cent of new grants would have been awarded to black and women scientists and students.

However, he said, there would be no funding impacts on existing grants for emerging scholars, including graduate internships, postgraduate student bursaries, postdoctoral fellowships, and early career grants. “We should not tamper with them, or ask them to give back any of the money allocated to them,” he said.

The NRF presented preliminary plans for its revised budget, as the final plans still need to be presented to the organisation’s council for approval next week. Those plans feature a 20 per cent cut overall for the current financial year.

In addition, there are significant cuts to two of the NRF’s four science ‘missions’. Global change sees a 16 per cent cut in its allocation, amounting to a loss of R17m this year. The marine and Antarctic mission is cut by 22 per cent, or R18m. The other two missions—whose budgets are smaller, by comparison—are not as severely affected. Paleoscience gets no cut at all, while astronomy gets a 6 per cent cut, or R2m.

The cuts made to the CSIR will result in a raft of projects delayed until next year—or indefinitely, if the funding outlook does not improve. Affected areas include road and transport safety research, precision medicine, as well as technology development and commercialisation.

The CSIR is facing additional challenges, said its chief executive Tulani Dlamini. Contract research, a vital source of income for the council, has been delayed or hampered by the pandemic. The CSIR expects a 12 per cent reduction in its contract income this financial year.

The budget for international collaboration has been shaved, but there are no identified casualties. Rather, the DSI will “do more with less” said Mjwara.

Mjwara said that the money reallocated from the Square Kilometre Array project towards the Covid-19 response, which had been earmarked for payments of South Africa’s subscription dues to the project, was expected to be returned by Treasury when it is needed under a “gentleman’s agreement”.

But the NRF’s chief financial officer Bishen Sing said there were “no guarantees” for Treasury funding in general going forward.

Many officials participating in the hearing called on the parliamentary committee to help it advocate for funding assistance. They warned that the cuts pose a grave threat to South Africa’s national science system.

Many MPs agreed, and promised to use their influence where they could to advocate for a reprieve for science. “The funding is not sufficient and the National Treasury should not have identified the [DSI] as one that should be cut,” said committee chairman Philemon Mapulane.