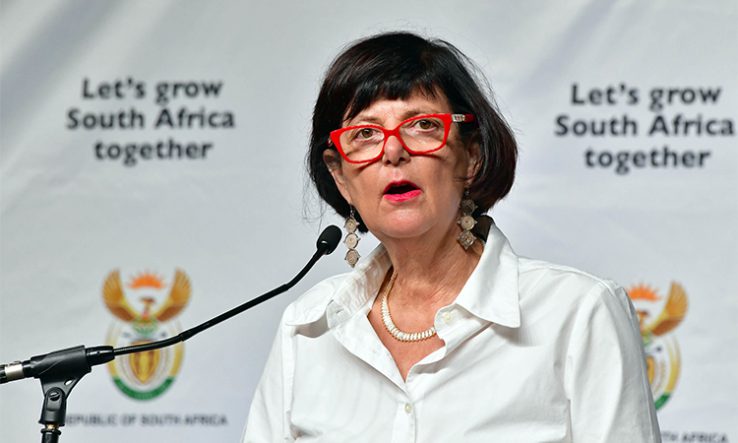 South African forestry, fisheries and environment minister Barbara Creecy has confirmed that her department will develop a research programme on seismic ocean surveys and their impact on offshore ecosystems.

The decision comes after scientists criticised her department for its lack of action in providing accurate data on the matter earlier this year. Seismic ocean surveys use sound waves to prospect for underwater oil and gas reserves.

Creecy (pictured), who was delivering the opening address at the Southern African Marine Science Symposium in Durban, Kwa-Zulu Natal this week, said public interest in the issue had prompted her department to act.

She added that since taking office as minister in 2019 she has “received many letters from academics”, including some concerning controversial ocean seismic surveys.

“The issue of ocean-based seismic surveys presents several areas of possible research to the science community. This year we will analyse the footprint of seismic surveys that have already taken place in South Africa’s Ocean Exclusive Economic Zone” and how these zones have been impacted by ocean currents, temperature and other features, she said.

Creecy gave no other details about the programme apart from confirming that initial research will “look for observable impacts in ocean areas where seismic surveys have already taken place over the last few years”.

In January, the marine ecology subcommittee of South Africa’s Scientific Advisory Group on Emergencies issued a written statement calling for an immediate halt to marine prospectors’ use of sound waves to map oil and gas reserves under the ocean floor, citing possible harm to marine life.

In the statement, the group of scientists said the “lack of scientific certainty should not be used as a reason for refusing or postponing cost-effective measures to prevent environmental degradation”.

The group was responding to a December 2021 court ruling that halted oil giant Shell’s plans to carry out seismic surveys off South Africa’s Wild Coast. The legal challenge was mounted by environmental activists.

Then, in March, three researchers from the Academy of Science of South Africa’s Scientific Advisory Group on Emergencies also released a scathing report warning of the country’s susceptibility to the effects of climate change, and highlighting that further gas exploration could increase its dependency on fossil fuels for decades to come.