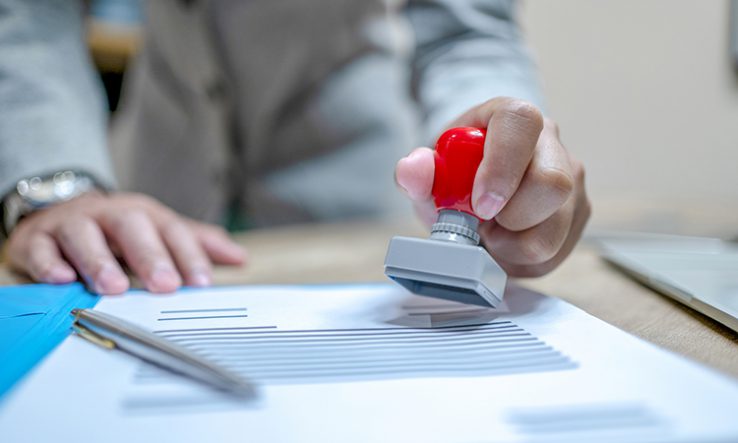 There has been a wave of support for a proposal to remove the education minister’s right to veto Australian Research Council decisions.

In at least 50 submissions to a Senate inquiry, research bodies, universities and individual researchers have claimed that the veto undermines the integrity of the national research system.

The Senate education and employment committees are considering a bill, first introduced by the Australian Greens in 2018, that would remove the minister’s veto right. The inquiry follows the decision by acting education minister Stuart Robert to veto six ARC grants in December.

The Academy of the Social Sciences in Australia is among those saying the minister should not have the right of veto over ARC recommendations. In its submission, it said that the legal changes proposed by the Australian Greens would “reassure Australia’s research community and the ARC of the importance and integrity of the council’s funding programmes and processes”.

The change would bring the ARC in line with other funding bodies, it said. “The academy notes that these changes would not limit the ability of the minister to set priorities and provide guidance to the ARC chief executive on processes and broad directions…The academy recommends that the next Australian government consider a full review of Australia’s research ecosystem with a view to identifying opportunities to further enhance processes and systems to enable even better value to taxpayers from publicly funded research.”

Universities Australia said the bill should be supported, but “if the Senate decides that ministerial decision-making on individual research applications should continue then a predictable, transparent and informed process [should be put] in place for those decisions”.

The Council for the Humanities, Arts and Social Sciences also supported the proposal. In its submission, it said that “the ministerial veto power undermines the rigorous and independent procedures of ARC grant review. Veto powers, allowing non-expert ministers to deny funding based on application titles and 100-word national interest statements, are a procedural error that undermines academic freedom.”

Submissions supporting the bill also came from the Australasian Council of Deans of Arts, Social Sciences and Humanities, the Australian Mathematical Society and the Australian National University.

The Innovative Research Universities group told the inquiry that it was “concerned by political interference in basic research funding decisions about individual projects”, and that there should be a consultation on “very specific circumstances” that might warrant a review of ARC decisions.

In its own submission, the ARC said the bill appeared to “undermine” the minister’s responsibility and weaken parliamentary oversight.

A submission from the Institute of Public Affairs, a conservative think tank, written by physicist Peter Ridd, argued strongly against the changes, saying that “rather than reducing the minister’s power to influence funding, the minister should use his power more vigorously to influence what topics are to be researched, and the level of funding”.

It said the view that “funding decisions should be completely independent of government input” was “spurious”. Referring to the six grants vetoed in December, it claimed that “the fact that these vetoed projects were deemed worthy of funding is evidence enough that the ARC needs better direction from the minister”.

Marcus Foth, a member of the ARC College of Experts, described the recent use of the veto power as “capricious” in his submission. He wrote that “a funding proposal’s claims for national benefit are rigorously assessed by detailed assessors as well as the general assessors from the College of Experts”, making the National Interest Test unnecessary.

Foth also pointed to rumours that the National Interest Test was sometimes amended before successful applications were made public.

Asked about this allegation, the ARC responded: “The grant guidelines allow for the chief executive to seek additional information from administering organisations on applications. The ARC has sought additional information from administering organisations about the National Interest Test to ensure it is possible to make an informed assessment of the statement. As per the minister’s Statement of Expectations letter of 6 December 2021, the ARC is currently reviewing the National Interest Test and will consult appropriately.”

Foth said Robert’s decision was not about value for money but about “whether a research project is compatible, aligned and fits the political ideology of the party in federal power”.

While Foth is a professor at Queensland University of Technology, his submission does not represent the university. He is also the organiser of a petition to parliament calling for an end to “political interference” in ARC processes. The petition has attracted more than 2,000 signatures.

In a personal submission, University of Melbourne research officer Alex Burns said the veto process had left researchers with the impression that there was little transparency around the rules. He supported removal of the veto power and said that if it was not removed, there should be more clarity around the criteria and processes.

A submission from the operator of the anonymous Twitter account ARC Tracker added that the veto power was a factor in delays to ARC processes that were “demolishing” researchers’ ability to plan their work and personal lives.

The committees are planning public hearings on the bill on 9 March.