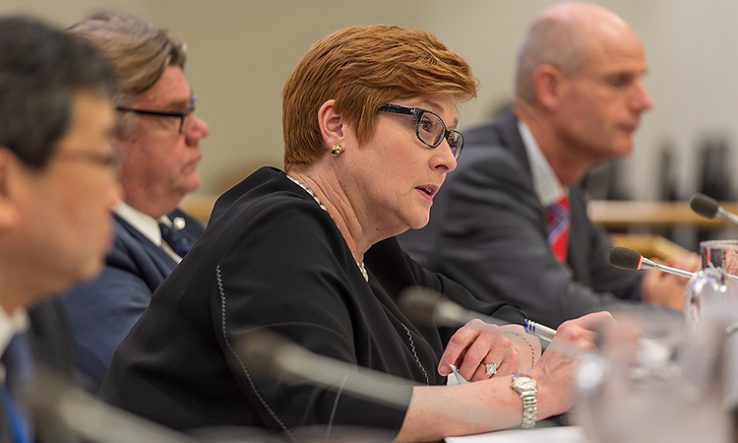 The Australian government will have the power to cancel universities’ arrangements with foreign governments and their representatives when a law is passed by parliament this week.

The foreign relations law, widely seen as being aimed at Chinese universities and other institutions with a high degree of government control, was sent for a final vote on 3 December in a week of heightened tension between the Australian and Chinese governments.

The law will allow deals to be cancelled by foreign minister Marise Payne (pictured) at any time after they have been set up.

In Senate committee hearings earlier this year, universities expressed alarm at the scope of the law, saying its reporting requirements could expose them to excessive paperwork and that it would threaten research partnerships. Universities Australia said the issue of foreign influence was already covered by other rules and initiatives, such as the Foreign Influence Transparency Scheme.

The government said that without the bill, it had “little visibility” of arrangements that Australian government entities made with foreign governments.

Attempts by the Australian Greens to have universities removed from the provisions of the bill were unsuccessful. During the bill’s passage through parliament, the government changed it to remove incidental correspondence and administrative matters from its provisions. It also redefined the foreign partners covered by the bill to exclude many overseas universities that are considered to have independence from their home governments. That change is likely to reduce the threat of deals with European and North American universities being vetoed.

Shadow foreign minister Penny Wong said she generally supported the bill, but she criticised a “deeply disappointing” lack of bipartisan discussion with the opposition and said the lack of judicial review of decisions amounted to “authoritarian power”.

Payne will not have to give her reasons for cancelling an arrangement. Wong said: “I think if ministers do stuff, they probably should explain to people what they’re doing.”

She alleged that universities were a “last-minute inclusion” when the bill was being drafted, which Payne denies. Private universities will not be covered by the law.

State government arrangements will be captured by the law, which may threaten a deal between the state of Victoria and China under the “belt and road” international programme.

A review of the rules in three years’ time has been ordered by the House of Representatives.