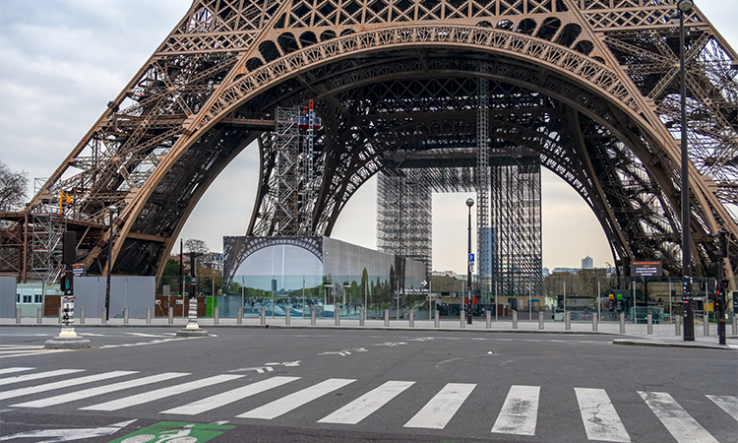 Universities are making plans to return to digital teaching as a second lockdown bites across France, but research activities are set to continue.

On 30 October, France began a second nationwide shutdown of shops and venues, but on Monday, the French research ministry confirmed that staff whose activities could not be carried out remotely should return to campus.

In a statement, the Conference of University Presidents (CPU) said it had asked the government to permit universities to “maintain research activity on site, [including] with doctoral students, but with strong development of teleworking when it can be organised”.

Guillaume Gellé, president of the University of Reims, told Le Figaro newspaper that the CPU had specifically requested practical work to continue. The Conférence of Grandes Écoles (CGE), meanwhile, has responded with a plan called “pedagogical continuity thanks to digital technology”.

A CGE spokesperson told Research Professional News: “The Grandes Écoles reported a great ability to react during the first confinement in order to ensure pedagogical continuity. Distance learning, thanks to digital technology, has been an important development lever in schools for several years.”

Article 34, the government decree that launched the lockdown, notes that some forms of learning and research can be continued on campus, on the basis that they are not possible via telework. The decree also allows for doctoral research to continue their projects, and for libraries to open by appointment.

A list drawn up by the rector of each academic region, a French government official, sets out the courses that cannot take place at a distance.

Universities began to detail continuity plans over the weekend. Speaking to Research Processional News, University of Caen Normandy president Pierre Denise said research laboratories remained open. “If something can’t be done via telework, staff are allowed to be at the laboratory, though there are some restrictions,” he said.

PhD researchers are also allowed to attend at the discretion of their supervisors. “A lot can be done at home, but if they need to be at the laboratory they can be,” Denise said.

Some undergraduates can also attend campus, but classes must be assessed on an individual basis.

University of Paris 1 Pantheon-Sorbonne said staff would lecture from empty theatres, with students following online, while access to laboratories remains authorised for both staff and doctoral students.

A Paris 1 spokesperson confirmed research centres and laboratories would remain open, including to doctoral students, “in coordination with the director of the research unit”.

In addition, the university confirmed that a “digital pedagogy project manager” had been appointed to be in permanent contact with teachers. A network of “digital assistants” has been deployed in order to support staff in need of help, the spokesperson said.

“Concerning research activities, I authorise the continuation of face-to-face work in the laboratories by limiting the number of staff present simultaneously in the unit,” he said in a statement. “Thus, 100 per cent of our colleagues will be able to come and work face-to-face, but on a rotational basis.”

Berton said that, as per official advice, department directors would be able to grant exceptions and set the number of staff allowed to be present in their department, in order to maintain social distancing.

Masters students in the sciences will also be allowed to attend campus at Aix-Marseille.

The rush to keep doors at least partially open comes as European universities have been subject to a range of measures following a second wave of Covid-19 across the continent.