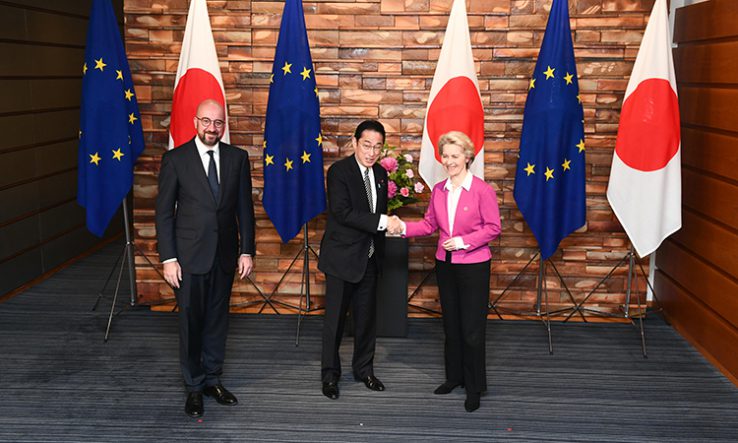 Japan has become the second east Asian country to enter informal talks with the EU on joining the bloc’s Horizon Europe research and innovation programme.

At an EU-Japan summit on 12 May in Tokyo, it was announced that Japan had submitted a letter of intent to be associated to Horizon Europe, kick-starting early-stage talks on joining the €95.5 billion programme.

Horizon Europe, which runs from 2021 to 2027, is the first EU research framework programme for which the bloc has opened up the chance of membership to countries outside the European neighbourhood, in exchange for a budget contribution. Association to the programme can provide access to funding for researchers in those countries on an almost equal footing with those in EU member states.

Earlier this year, South Korea entered exploratory talks with the EU about joining Horizon Europe, following the lead of New Zealand and Canada, both of which have now entered formal negotiations. Australia has also had “technical exchanges” with the EU on membership.

In a joint statement, the EU and Japan said that “recognising their vital role in creating new knowledge, we commit to expanding cooperation between our industrial, science, research and innovation and space sectors”.

“We will continue to promote mobility and research collaboration through the Erasmus+ programme and the Marie Skłodowska-Curie Actions and through collaborative cooperation on research and innovation,” the statement continued.

Charles Michel, president of the Council of the EU (pictured left, along with Japanese prime minister Fumio Kishida and European Commission president Ursula von der Leyen), said at a press conference that “we are extremely pleased on the innovation and research front”, adding that “EU and Japanese students and scholars will benefit” from Japanese association to Horizon Europe.