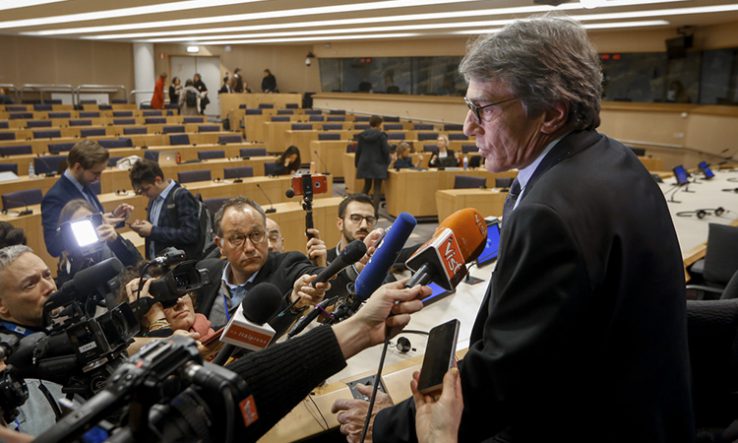 EU political institutions have ramped up their measures to slow the spread of the global coronavirus outbreak, alongside the launch of an R&D funding call offering €45 million for the development of treatments and diagnostic tools.

The call, which opened on 3 March, will fund projects to develop antivirals and other therapeutics, but not preventive vaccines. It is offering up to €45m from the Innovative Medicines Initiative, a public-private partnership part-funded by the EU’s Horizon 2020 R&D programme. Pharmaceutical companies taking part in IMI could contribute another €45m.

“This collaboration between the public and the private sectors brings their expertise and resources together in our fight against the coronavirus outbreak,” said R&D commissioner Mariya Gabriel. “This will help speed up the development of treatments and diagnostics in face of this global emergency and increase our preparedness for future outbreaks.”

A day earlier, the European Centre for Disease Control raised its risk level from “moderate” to “high” for EU residents, and the European Commission, Parliament and Council all increased their efforts to contain the outbreak.

Parliament president David Sassoli (pictured) cancelled 130 events that had been scheduled to take place at Parliament premises over the next three weeks and limited access to visitors. MEPs will continue their legislative work in committees and plenary meetings.

The Commission launched a response team led by five commissioners, which president Ursula von der Leyen said would cover medical responses, mobility and the economy. It also launched a new website for informing the public about the response.

Meanwhile the Croatian presidency of the Council decided to fully activate the EU’s Integrated Political Crisis Response, enabling political representatives to prepare responses for rapid implementation by the Council.

In its 2 March update on the outbreak, the World Health Organization put the total number of confirmed cases of infection at almost 89,000 globally, with more than 3,000 deaths.