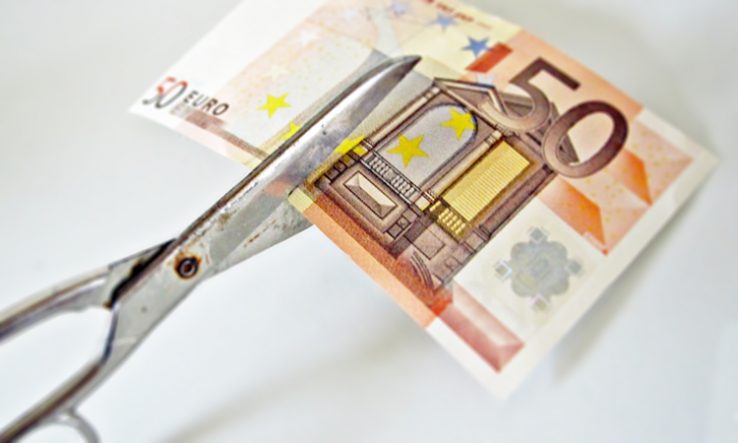 Plans for the EU’s 2021-27 budget due to be discussed by national leaders on 20 February “would spell the end” for schemes including the European Universities Initiative, prominent MEPs have warned.

The initiative, which is currently being piloted ahead of a planned expansion, is intended to boost research and higher education quality by strengthening cross-border ties between institutions, such as through joint programmes, campuses and exchanges.

“The budget proposal falls woefully short and will make it impossible to deliver on the aims” of the Erasmus+ programme for academic mobility that is funding the initiative, European Parliament education committee chair Sabine Verheyen and Erasmus+ lead Milan Zver said in a statement on 18 February.

The plan put forward by European Council president Charles Michel would allocate €21.2bn to Erasmus+, down from the European Commission’s proposed €26.3bn.

“We now have a proposal—for what is perhaps the EU’s number one flagship programme—that is 20 per cent below the Commission’s proposal and 48 per cent below the Parliament’s position and the pledge made by Commission president [Ursula] von der Leyen,” Verheyen and Zver wrote.

Addressing the education committee on 19 February, the EU’s R&D and education commissioner Mariya Gabriel struck a more negative note on the budget than a day earlier, when she told the research committee she felt “positive” about the negotiations.

“Without innovation, without investing in our young people, without mobility, without having a European space for education, going further with the universities of the future, we will never be able to face the challenge—neither the demographics nor climate change nor digitalisation.”

MEPs in the research committee also criticised the proposal, which would set the budget for the Horizon Europe R&D programme at €80.9bn in 2018 prices, instead of the €83.5bn proposed by the Commission and the €120bn sought by the Parliament.

Research committee chair Cristian Buşoi described it as a “major setback”, saying that EU competitiveness in research is “at risk if not properly supported by adequate funds”.

Horizon Europe lead Christian Ehler said that the proposal is “much lower than needed” to achieve the EU’s priorities.

He added: “The countries supporting this proposal should clearly state which of the programme’s ambitions they would like to cut, will it be artificial intelligence, our digital transition, the green deal or research on cancer?”