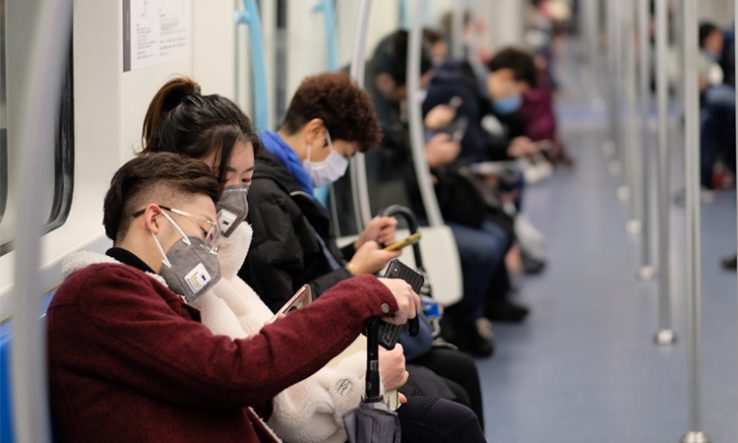 The global scientific response to the outbreak of the 2019 severe acute respiratory syndrome novel coronavirus (SARS-CoV-2) and the Covid-19 disease it causes has been one of unmatched speed, collaboration and transparency. With government agencies and pharmaceutical companies already developing a vaccine, it is clear that open access to research has been a core driver of this swift response.

In some respects, the outbreak of Covid-19 is similar to the outbreak of SARS in 2003. Both are coronaviruses that resulted in alerts from the World Health Organization and caused widespread panic. But one major difference between the two is in the speed of the global scientific community’s response. While it took four months for the SARS viral genome to be published, the genetic sequence of SARS-CoV-2 was uploaded to an open-access repository just 10 days after the outbreak was first reported.

Speed begets speed. While it took 20 months to develop a vaccine for SARS—by which point the outbreak was under control—a vaccine for SARS-CoV-2 could be ready for human trials before the summer, setting a record speed for vaccine development.

Rapid dissemination of the viral genome has also led to rapid characterisation of the virus’s structure. This research is already informing drug development.

The response owes its speed in part to technological advances since the coronavirus outbreak. But improvements in information sharing and open communication have also been crucial. Nearly 100 academic journals, institutes and companies have signed an agreement committing to publish all relevant information with open access, at least until the outbreak is declared over.

Many researchers are unhappy with the slowness of the peer-review process, especially in a time of crisis. Despite journals vowing to fast-track relevant papers, publishing in a journal can be time consuming. But the growth of preprint servers in the life sciences has given researchers a venue to disseminate work before publication.

A preprint—an author’s version of a research article shared online before formal peer review—allows researchers to make their data available quickly and enables others to start building on their work. The lack of peer review has led to concerns about preprints being a source of misinformation, but their accessability means detecting flawed science is a community effort, and one that happens at a much faster pace than journal retractions.

One example of the power of this crowdsourced review came at the end of January, when a paper uploaded to the preprint server bioRxiv suggested SARS-CoV-2 had been engineered by humans. The response of the scientific community was swift: flaws were highlighted, conclusions were picked apart, and the paper was removed from the site within days of posting.

Preprints can be found quickly and easily on search engines, and are often shared on social media. Owing to their ease of access and the speed at which data can be shared, understanding of Covid-19 has grown much more quickly than would have been possible through traditional journal publishing alone. To aid discoverability, journals, such as The BMJ, and charities such as Evidence Aid are collating Covid-19 resources to keep decision-makers abreast of the evidence.

The question remains as to whether the reaction to Covid-19 will shape the future of open science. Will the global collaborative effort to tackle the virus inspire scientists to adopt open-access policies in other areas of their work? Are researchers becoming more accepting of preprint servers? Or is the transparency adopted for the outbreak a temporary measure? And, once the emergency is over, will we see a return to the status quo of trapping research behind paywalls?

In our view, the momentum behind the open-science movement has been building for some time, particularly among early-career researchers. The need for speed and transparency in the current outbreak has encouraged more researchers to take the plunge, and they are clearly appreciating the benefits.

Rapid information sharing through preprints has enabled unprecedented global collaboration without sacrificing the claims of individual research groups to their discoveries. In fact, preprints have allowed researchers to claim credit without fear of being overtaken by others in the drawn-out peer-review process. We expect research funders to update their policies to promote open-science principles as a result.

The response to Covid-19 is a testament to the impact of openness and collaboration. It is exciting to think that open science will continue to speed up dissemination of research and ultimately help society tackle future health issues.