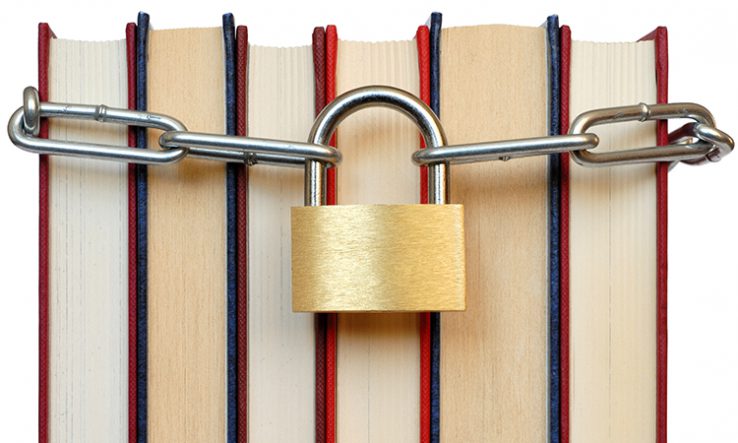 The world of scientific communication has changed significantly over the past 12 months. Understandably, the amazing mobilisation of research and scholarly publishing in an effort to mitigate the effects of Covid-19 and find a vaccine has overshadowed everything else. But two other less-noticed events could also have profound implications for the industry and the researchers who rely on it.

These acquisitions come alongside rapid change in publishers’ functions and business models. Scientific publishing is no longer only about publishing articles. It’s a knowledge industry—and it’s increasingly clear it needs to be regulated like one.

The two giant incumbents, Springer Nature and Elsevier, are already a long way down the road to open access, and have built up impressive in-house capacity. But Wiley, and Taylor and Francis, had not. That’s why they decided to buy young open-access publishers. Buying up a smaller, innovative competitor is a well-established way for an incumbent in any industry to expand its reach, gain the ability to do new things and reinvent its business model—it’s why Facebook bought WhatsApp and Instagram, for example.

To understand why this dynamic demands a new regulatory approach in scientific publishing, we need to set such acquisitions alongside a broader perspective of the business’s transformation into a knowledge industry.

Monopolies, cartels and oligopolies in any industry are a cause for concern. By reducing competition, they stifle innovation and push up prices. But for science, the implications of such a course are particularly worrying.

Science is a common good. Its products—and especially its spillovers, the insights and applications that cannot be monopolised—are vital to our knowledge societies. This means that having four companies control the worldwide production of car tyres, as they do, has very different implications to an oligopoly in the distribution of scientific outputs. The latter situation would give the incumbents a tight grip on the supply of knowledge.

Scientific publishing is not yet a monopoly, but Europe at least is witnessing the emergence of an oligopoly, in the shape of Elsevier, Springer Nature, Wiley, and Taylor and Francis. The past year’s acquisitions have left only two significant independent players in open-access publishing—Frontiers and MDPI, both based in Switzerland.

None of the big players is actively seeking to reduce the number of independents and create oligopolies. It is a consequence of their adapting to intense global competition.

It’s hard to predict what will come next, but it would be no surprise if the really big players in the digital world—US giants Facebook, Amazon, Apple and Google’s parent company Alphabet, along with their Chinese counterparts such as Alibaba—moved into scientific publishing. Such a move makes sense for these companies, not because scholarly publishing is a particularly large or valuable business, but because of what it trades in: first-class knowledge and data.

The precision and reliability of scientific data make them ideal for running and testing algorithms in machine learning and artificial intelligence, the latter of which is the new frontier in the knowledge economy. This could interest Amazon, particularly its subsidiary Amazon Web Services, which offers cloud computing. The same goes for any large provider of cloud services.

All these giants are diversifying in directions that no one predicted 15 years ago, from self-driving cars to space travel. They have every reason to chase a slice of the science and data industry, and in the process absorb it completely into the knowledge industry of the 21st century.

The science industry, then, has the same characteristics as any other: incumbents buy up new entrants, creating scale and scope via horizontal or vertical integration. This in turn drives the tendency to oligopolistic control of the market which, left unchecked, will be unstoppable.

In the past, the big publishers sought to gather as large a share of scientific outputs and attention as possible by selling subscriptions in big bundles, locking libraries into taking hundreds or thousands of a company’s journals.

Under the pressure of open-access policies, this is giving way to transformative agreements between publishers and universities on publishing charges, heralded as effective ways to finance the transition to open access. These transformative agreements are expensive. They might also have the unintended consequence of reducing choice for the scientist and competition for the sector.

If my university makes a transformative agreement with a publisher, I as a scientist am implicitly pushed towards looking for journals covered by this deal, at the risk of my librarian telling me there is no money for publication in an open-access journal not included in the agreement.

The case for regulation is made even stronger by the changing nature of the business of scholarly publishing. Publishers, quite rightly, are looking beyond simply publishing papers and moving into data and data services.

All the big players, and quite a few small ones, are developing data services. In the first place, these are centred on research data. The first consequence of this is that all the issues around access to articles will become critical in the discussion on access to their underlying data.

The next step will be for publishers to mine their data and track the behaviour of the scientists using their services. If I read article X and consult repository Y to download data set Z, and shares it with colleague A in continent B, then the aggregation of all this is a goldmine for the publisher to monetise into new services. This means that regulating the publishing industry is not only a matter of access to publications. Importantly, it’s also about access to the data that form the building blocks of our knowledge society.

In sum, then, left to its own devices, scientific publishing, like any industry, risks creating unintended but perverse effects on choice, access and diversity.

There are, though, reasons to be optimistic. One is that, in my view, none of the giant publishers wants such an outcome. Another is that we know how to counter the potential fallout of these dynamics, based on experience of regulating quality, price, and conditions for entry and merger in other industries such as telecommunications.

The first task is to understand the structure of the market, and the consequences of the players’ actions. We may not need 150 publishers to have freedom of publishing and fair pricing, but having a handful controlling most journals, including the prestigious ones, is not a good starting point.

Context is also important: the number of publishers needed to create a healthy publishing ecosystem in, say, underwater archaeology will be different to the number needed for cell biology. This calibrated knowledge should then be used to inform the creation and remit of a body to oversee competition and regulation. This body would have the relatively simple tasks of monitoring the level of competition and real choice, and thus innovation, in the market, and on deciding whether users are being charged fair prices. This is what telecom boards do when they stop certain acquisitions, order break ups, set roaming tariffs or exclude foreign players.

A regulator should look carefully to see if the market allows enough competition at all points in the lifecycle of research publishing at fair prices, and enough access under fair conditions to scientists. It should also ensure that transactions are transparent and researchers’ privacy is protected.

What constitutes ‘enough’ and ‘fair’ is a matter for further discussion. It also depends on context: a price that’s fair in Europe may not be in India, and having four players dominate the market for scientific data in a small country need not be a problem, while it would be at a continental level. Tracking my user behaviour is OK if it serves my interests, but not if it is put to purposes I disagree with, such as selling me medicines or assessing me professionally.

Setting this up will not be trivial, not least because discussion of the scientific industry can quickly become very emotional (“open is the only way”), or unrealistic (“all scientific publishing should be done for free’’). Any such body would need the resources and clout to make independent judgements in the face of intense lobbying from scientific stakeholders. This should include an enforceable mandate, as self-regulation doesn’t work when billions of euros are in play.

Regulating scholarly publishing, then, will not be easy. But it is necessary. Societies need the capacity to intervene in data-driven industries, along with a broad view of what they want from them. Without this, such industries are liable to go in damaging directions.

The European Commission’s plans to ensure the EU’s digital sovereignty, set out in its proposals on the Digital Services Act and Digital Single Market, are the perfect context for setting up such a body. I suggest calling it FAASP: Fair Access to All Scientific Products.