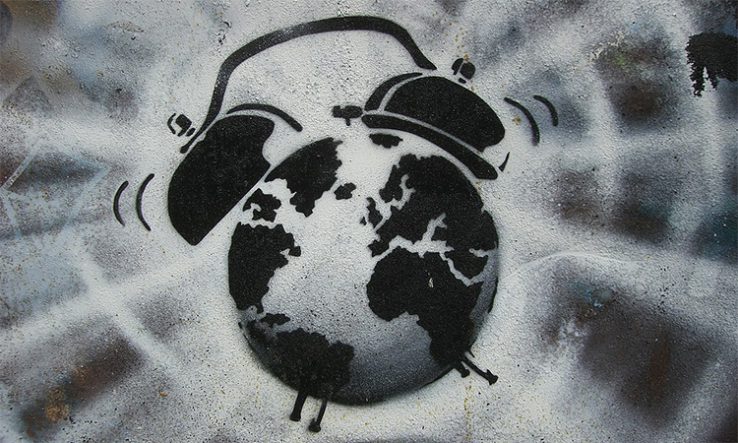 Emphasis should be on collaborative approaches to grand challenges, say Ewert Aukes and colleagues

A world still in the throes of a pandemic needs to become more agile and responsive in anticipation of similar challenges to come. And it needs to do so now, not postpone the task until more urgent matters have been dealt with. The year 2030, in which at least some progress must have been made regarding the UN Sustainable Development Goals, is already on the horizon.

Our reality—characterised by globalisation, grand societal challenges, and the threat of health and environmental crises that touch on everyone, everywhere—calls for new modes of international collaboration in which scientific knowledge and expertise figure more prominently. Creating these is both a challenge and an opportunity for Europe and the EU to reposition themselves with respect to international flows of science, technology and innovation.

For Europe, simply aspiring to be a global climate leader is not enough. It also requires leading the development of new approaches to many pressing policy questions, most of which feature a large element of science and technology. Science diplomacy can be one of those approaches. But for that to happen, it needs to be reframed in a much more collaborative, cosmopolitan form, moving away from its traditional connotations of soft power and technological sovereignty.

Interests that were once framed as global—and so someone else’s problem—are becoming national. A cosmopolitan, collaborative science diplomacy, while remaining alert to geopolitical realities, should nurture international understanding built on common, transboundary challenges.

Science diplomacy has always been a vague term—a description of very specific mechanisms in some situations and a catch-all phrase in others. We believe its essence lies at the interface between foreign policy and science. This might include the activities of diplomats, policymakers, scientists, research managers, lobbyists and others whose day-to-day working lives cross national borders. This is not just a question of nations—international ties between regions or cities can be equally valid aspects of science diplomacy.

This is a broad definition, but it would be a mistake to think of science diplomacy too rigidly, in terms of which activities or job titles come under its umbrella. Instead, we should be focusing on the processes by which international knowledge-based cooperation can be brought to bear on grand societal challenges.

A new wave of realist, cosmopolitan science diplomacy would be rooted in an open-minded worldview recognising that both diplomatic and scientific efforts to address such challenges must be international. This entails an understanding of what makes the two domains different and how they could work together.

As a means of knowledge production, science is diverse and evolving. Different views can stand next to each other. Diplomacy, on the other hand, is often about reconciling a variety of interests into consensus and compromise.

This gives each domain its own ways and traditions of dealing with competing claims to knowledge and truth. Designing processes for science diplomacy, and being a constructive and productive science diplomat, requires literacy in both domains.

With this in mind, a good first step towards creating negotiation and learning processes for a cosmopolitan-realist approach to science diplomacy focused on grand societal challenges would be to establish a space where scientists and diplomats could interact. This could take the form of a platform mediated by an organisation that understands both foreign policy and science, such as the recently created EU Science Diplomacy Alliance, as a place to sustain a dialogue and cultivate new opportunities to advance the theory and practice of science diplomacy. Here, the two worlds could build trust, reciprocity, and an attitude of understanding and cooperativeness in which capacity-building and cross-boundary collaboration flourish.

Shifting the frame of science diplomacy will not be simple. It requires conscious reflection and effort by all those involved, such as the EU’s diplomatic arm, the European External Action Service.

Patience will be needed; reflecting on and adapting science diplomacy’s purpose and practices will not be done overnight. The parties concerned will need to build new relations with a more complex array of partners from the very different domains of foreign policy, science and science policy.

The science diplomacy we envisage is a radical departure from traditional, nation-oriented forms of diplomacy. Listening to and learning from each other, as well as building trust and capacities, takes time, but it offers practical tools—not to mention hope and inspiration—for solving grand societal challenges.

Ewert Aukes, Stefan Kuhlmann and Gonzalo Ordóñez-Matamoros are in the Department of Technology, Policy and Society at the University of Twente in the Netherlands. This article draws on their work in the Horizon 2020 project, Using Science for/in Diplomacy for Addressing Global Challenges (S4D4C)