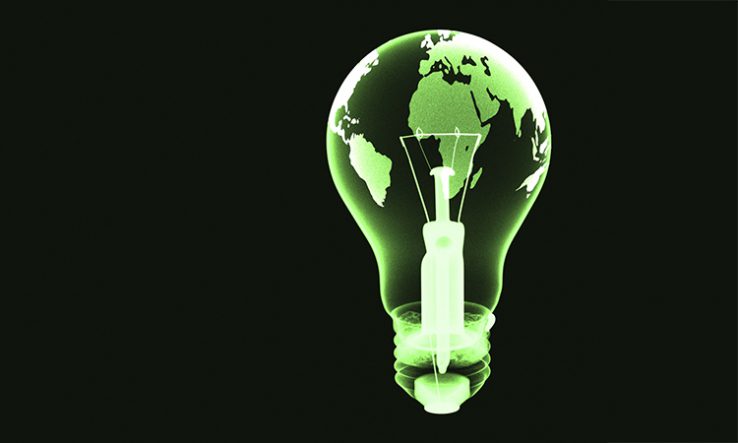 Sustainability, particularly related to climate change and its impacts, is the single greatest challenge facing our societies. Changing weather patterns are causing heatwaves, storms and droughts that are bringing huge suffering across the world.

The global research community is putting ever more effort into understanding climate change and achieving net-zero emissions of greenhouse gases. But science alone cannot solve the climate crisis. The challenge of achieving net zero is social, human and ethical as well as technological.

Engineers need training to give them an understanding of the ethical and social consequences of technical solutions. Research organisations need to address complex challenges in an interdisciplinary way if they are to make the greatest possible contribution to sustainability.

In 2020 the European association of leading universities of science and technology (Cesaer), the International Sustainable Campus Network, Science Europe and the University of Strathclyde in the UK formed a Sustainability Task ForceSustainability Task Force based on a shared vision of a collaborative, systems-based approach, where research and education institutions work together with society to contribute towards hitting net zero.

This alliance will reconvene each year at the United Nations climate change conference, to take stock of progress and plan the next moves. Last year’s COP26 meeting in Glasgow, for example, saw the launch of a call for collective global action to tackle climate change.

This year’s meeting, at COP27 in Sharm el Sheikh, Egypt, focused on interdisciplinary research and education to tackle climate change. It was organised with the European University Association and the Network of Universities from the Capitals of Europe, which have joined the partnership, and followed up on a call to policymakers in January emphasising the importance of interdisciplinary research.

Such endeavours highlight the growing interest in interdisciplinarity as a means for universities to contribute to addressing societal challenges and pursue their civic missions. Interdisciplinarity is not new in higher education—academic disciplines have always shown a degree of flexibility in combining different disciplines to confront emerging problems—but it is a moving target. The Covid-19 pandemic, for example, prompted universities to find new ways to break down silos, adopt ways of working and encourage greater cooperation across sectors.

From academic programmes and degrees dedicated to sustainability to challenge-based learning approaches, interdisciplinarity is relatively well established in higher education. For education and research around sustainability, exposure to interdisciplinarity brings an understanding of the wider societal impact of research and enhances students’ and researchers’ ability to contribute to tackling global challenges.

Students are hungry for such teaching and training. When they enter the workplace, however, they find that early career paths tend to still be narrow, lying within single disciplinary domains, and that employers do not always recognise the value of an interdisciplinary background compared with more traditional training. This applies in industry and commercial firms, but it is especially true in research and academic careers, where open positions tend to have very concrete specifications.

As a result, this generation of students and early career researchers feels a mismatch between what the world needs, especially when it comes to climate change, and a job market that prioritises expertise in a single field. Some areas of the job market still undervalue training—especially interdisciplinary training—in the social sciences and humanities. This stigma must be combated.

There need to be more incentives for interdisciplinary approaches, such as rewards and credits assigned to students and researchers, combined with effective funding approaches. This ties into broader efforts underway in Europe, by Cesaer and others, to support researchers’ careers by reforming research assessment.

The universities allied under CESAER will showcase their commitments in a white paper on how they contribute to sustainability in Madrid in October next year. Universities must be bold and collaborative; let’s embrace interdisciplinarity to secure our future.

Guillermo Cisneros Pérez is rector of Universidad Politécnica de Madrid, director of the Cesaer group of science and technology universities and chair of its Sustainability Task Force. Louise Drogoul is Advisor for Innovation and Sustainability at Cesaer