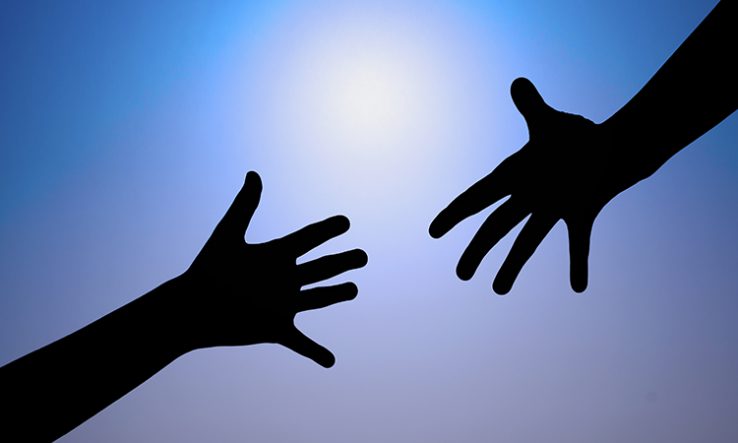 The primary function of peer review seems to be sorting winners from losers. Success early in a researcher’s career begets further success, and failure breeds failure.

Such a view helps to create a hyper-competitive funding and publishing environment, where losers see little option other than to leave academia. It also contributes to the toxic culture of overwork and abuse revealed in surveys such as the Wellcome Trust’s from January. But this need not be the case.

In the earliest stages of an academic career, failing to secure funding at the first attempt should not be the end. Instead, it should be an opportunity to learn, build on ideas and continue to participate in academia.

A 2019 study of junior scientists applying for funding from the US National Institutes of Health revealed the negative and positive effects of failure. Researchers who narrowly missed out on a grant were more likely to leave academia. But those who failed and stayed showed a stronger publication record over the next decade than those whose applications had scraped over the line.

This may not be simply because that which does not kill you makes you stronger. It may be that, as well as a rejection, these scholars were given a signal that convinced them not to drop out of the academic race, but to persevere, be patient and find success in the future. I want to find out if failure plus support can be a recipe for success.

In collaboration with Proposal Analytics, a US company that helps people from under-represented groups build research careers, and with the Wellcome Trust’s funding and support, my team is using these lessons to build peer review model for early career researchers. We aim to contribute to a kinder research culture and to develop a transparent peer review system that, through giving early-career researchers (ECRs) formative feedback, keeps valuable minds in research.

Funding agencies have a responsibility to do no harm, and ensure a healthy academic reward system. That means helping researchers build their careers, but this duty is too often obscured when competition focuses solely on success.

Peer review treats established researchers and ECRs in the same way. But the wider system treats them differently. For ECRs, the consequences of failure are far more severe. Every funding application represents a significant risk to their career and finances. ECRs also face the precarity of working on temporary contracts, lack of access to formal academic mentoring and restrictions on international travel.

If the expectations and risks placed on ECRs differ from those for better-established researchers, so should the processes used to evaluate them. That should include a peer review system more sensitive to their needs.

This requires peer review to balance critique, integrity and transparency with care for the future academic workforce. Feedback should be as constructive in offering support and guidance as it is clear in outlining the reasons for the decision made.

Focusing on failure turns peer review on its head. For too long, efforts to understand peer review have concentrated solely on the winners, ignoring the silent majority that misses out. But the failures hold the most important lessons for funding agencies seeking to create a kinder, more supportive research culture.

Tales of failure are becoming normalised in academia. Thanks largely to social media, they have moved from being a source of dark, fatalistic humour to an acceptable topic of discussion between scientists.

This change owes much to a few pioneering researchers who have published their failure CVs, showing all the jobs and grants they didn’t get. These are often much longer than conventional CVs that provide a narrative focused on success.

Failure will become more common as funding gets tighter and research becomes more competitive. It is important that we treat failure as somewhere from where success springs, not where careers end.

From understanding how ECRs learn from success and make use of failure, we hope to build a peer review system that provides constructive and positive feedback, with the aim to support future iterations of the project and careers, rather than to discourage perseverance.

The project is just beginning; we are seeking members of the academic community to participate in a number of ways, including telling us how they built successful careers and projects on the back of past failures. Let’s talk about failure.

This article also appeared in Research Fortnight and Research Europe