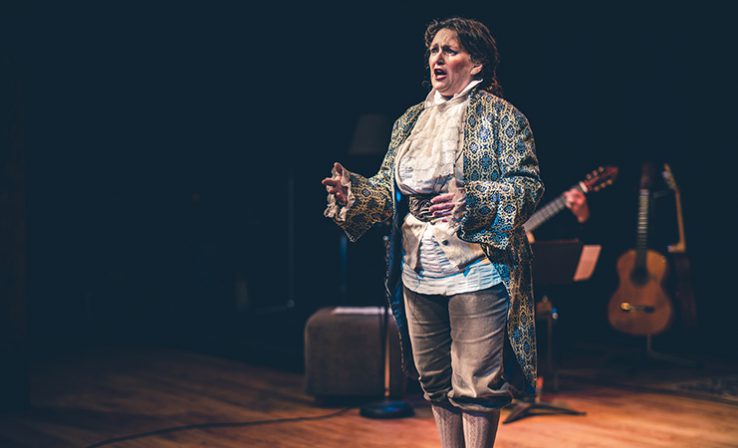 Trying to make sense of proposals for a new research funding agency over the past 18 months has been like watching a painfully slow game of pass the parcel. Every couple of months, the music stops and a minister rips open another layer of paper. If we’re lucky, something shiny or sweet falls out. And then the game restarts.

In Italian, ‘aria’ means air—and the worry persists that underneath the wrapping, that’s all there is. Hot air, sweetened by the giddy scent of post-Brexit techno-nationalism.

On Wednesday morning, MPs on the Commons Science and Technology (S&T) Committee will get a rare sniff at perfumer-in-chief Dominic Cummings, with an opportunity to question him about an idea that first emerged in a lengthy essay published on his blog in 2018.

I’ll finish with some questions MPs should ask both Cummings and business secretary Kwasi Kwarteng, who is appearing after him. But first, let’s remind ourselves how we got here.

Cummings’ post focused on a period in the history of the US Advanced Research Projects Agency—between 1962 and 1975—that he regarded as extraordinarily productive, and a potential blueprint for science and innovation funding in the UK.

A year later, Cummings was inside Number 10 as one of prime minister Boris Johnson’s most influential advisers, with a WhatsApp profile that reputedly summarised his priorities in government as “Get Brexit done, then ARPA”. And despite its unusual genesis, the process to “do ARPA” started well.

In October 2019, Johnson included a commitment to “a new approach to funding emerging fields of research and technology, broadly modelled on the US Advanced Research Projects Agency” in his inaugural Queen’s Speech. A few weeks later, the idea reappeared in the Conservative Party’s 2019 election manifesto as a “new agency for high-risk, high-payoff research”.

Thanks to the Freedom of Information Act (of which more later) we know that, over the autumn of 2019, Number 10 was circulating a three-page note sketching out the idea. Soon after, a “shadow ARPA” team began to work it up in more detail.

By March 2020, they had arrived at a number—£800 million over four years—that was duly included in chancellor Rishi Sunak’s spring budget. Three months later, in a speech in Dudley, Johnson announced again that he would invest “at least £800m in a new blues-skies funding agency”.

The phrase was repeated, with a few lines of vague explanation, in the draft R&D Roadmap published on 1 July 2020. Policy wonks earnestly debated whether the “at least” signalled a future smash-and-grab raid on UK Research and Innovation’s budget.

Roll forward four months, and the November 2020 one-year spending review offered no new detail other than to allocate UK Research and Innovation “the first £50m towards an £800m investment…in high-risk, high-payoff research”. Quizzed about the new agency by the Commons S&T Committee that month, science minister Amanda Solloway admitted that, “Being frank with you, we are still working through a few of these particular questions.”

The shadow ARPA team must have had a busy Christmas, because by February 2021, they had settled on a name—the Advanced Research and Invention Agency (Aria)—to put alongside the number unveiled 11 months earlier. Mere days later came a draft bill, the primary legislation required to bring the new agency into existence, which is now awaiting its second reading.

But even with a 14-page bill to chew over, what we still lack—remarkably—is clarity over the purpose and functions of the new agency, and its relationship to existing structures within the UK R&D system. The Commons S&T Committee highlighted this gap in its report last month, describing Aria as “a brand in search of a product”.

There are, of course, no shortage of proposals flying around for what it could do. The think tank Policy Exchange assembled several at the start of 2020. More recent workable options have come from, among others, the Confederation of British Industry, the Russell Group and former Innovate UK boss Ruth McKernan.

But, as one might expect, these are frequently contradictory. It’s hard to see how a single agency could simultaneously be an “international lynchpin for business investment…and ultimately deliver new products” (the CBI), a funder of “multidisciplinary research teams with the capacity to take a holistic approach” to complex problems (the Russell Group) and a “public sector new technology seed fund” (McKernan).

And all this for the bargain price of £200m a year—around 1 per cent of the UK’s total public R&D budget, assuming the government hits its target of £22 billion a year.

It is bizarre that such basic choices over Aria’s function remain unresolved even as it enters into legislation. And worrying that in fudging these issues now, the government and the research community are storing up problems down the line.

The bill does little to clear things up, essentially giving ministers and the leadership of Aria carte blanche to set purposes and functions at a later date. As one official at the Department for Business, Energy and Industrial Strategy explained to me last month: “We would quite like it to take a view itself about where it invests across the TRL [technology readiness level] spectrum.”

This was intended to reassure, but left me more sceptical. For a start, how can ministers identify and recruit the right leaders for Aria without answering these questions?

The skills and experience required to lead a multidisciplinary research agency are very different to those required to run something more applied and close to industry, or something that operates like a venture fund.

Such fuzziness is even more problematic when combined with Aria’s proposed exemptions from normal accountability mechanisms, including Freedom of Information legislation.

At best, this is a recipe for constrained modes of decision-making, and soft capture by vested interests within academia, industry or government. At worst, it could enable corruption of the kind seen in the awarding of public contracts during the pandemic, or the pork-barrel approach to the distribution of “levelling up” funds and other regional schemes.

Where I have more sympathy for the architects of Aria is in their argument that conventional mechanisms for allocating research funding—such as priority-setting, consultation and expert-led peer review—sometimes inhibit risk-taking.

These are perennial debates in research policy, and I would support efforts to pilot and test new methods for allocation and evaluation. My own Research on Research Institute is engaged in several such projects—for example, trials of lotteries and randomised modes of allocation.

But just as Winston Churchill observed that democracy was “the worst form of government except all those other forms that have been tried from time to time”, so one might say the same of peer review in funding allocation. Imperfection is not a reason for abandonment.

The legislative case for Aria appears to rest on the assertion that it is difficult or impossible to fund “high-risk, high-reward” research in the existing system. That would include via the 2017 Higher Education and Research Act, which created UKRI and was presented at the time as the most significant reform to the research system in decades—not least by the prime minister’s brother, Jo, who was then science minister and took the act through parliament.

I don’t accept this argument, and I have seen little evidence presented for it. Large amounts of existing R&D funding goes to speculative and risky projects and proposals. One could argue that this is one of the main purposes of the public funding system.

Most of the evidence suggests that the biggest barrier over the past decade to agile, risk-taking UK R&D funding has been a shortage of sustained investment, both public and private, rather than a surplus of peer review or excessively transparent decision-making.

The National Audit Office agrees, noting in its response to proposals for a new agency that “it is not unique for public money to be spent on programmes where the payback may be highly uncertain and where ultimate success may not be known for some years”.

Through the months of debate that accompanied the creation of UKRI, there was no suggestion from government or elsewhere that the new integrated agency would be unable to fund in this way. Indeed, reading back through the 2014 Nurse Review and all that followed, one finds much of the same language of “novel funding mechanisms”, “promoting agility”, “freeing up research and innovation leaders”, “transformative scientific and technological advances” and “significant social and economic benefits”.

Given Cummings’ well-known disdain for parliamentary scrutiny, the committee hearing is a rare opportunity for MPs to poke at these ambiguities and contradictions in public.

So let me end with four questions that I hope the S&T Committee will ask:

If the government gets anywhere near its goal of doubling public R&D investment by 2025, there will be good reason to innovate and experiment in modes of funding and evaluation.

But for all the talk of novelty and risk-taking, the case for Aria has so far been set to a familiar tune, based on stale tropes and weakly evidenced assertions. Can Cummings and Kwarteng sing us something new?