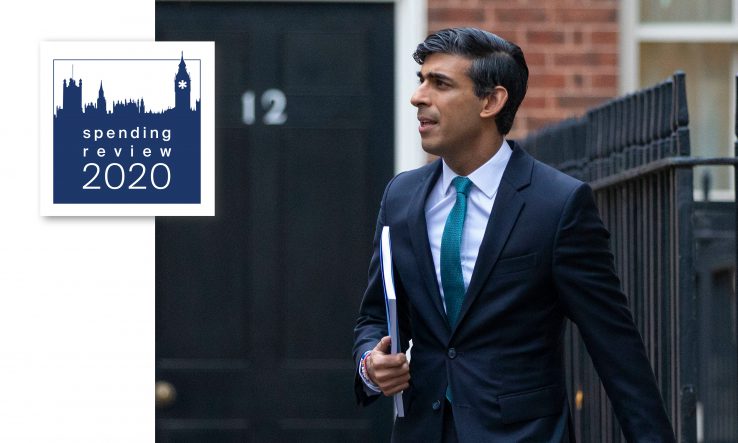 We know what the government wants, but not how it’ll get there, says Kieron Flanagan

The research community’s expectations for Chancellor Rishi Sunak’s 25 November spending review were high, even after the announcement was downgraded from a multi-year settlement to a one-year stopgap. But with the departure of Dominic Cummings from the Downing Street set-up, many were worried that losing the driving force behind the government’s R&D agenda might mean the end of that agenda.

This says more about the goldfish memories and lack of political understanding of some research leaders than it does about the actual battles playing out over public spending. The commitment to raising UK R&D spending to 2.4 per cent of GDP by 2027 predates the arrival of Cummings and Boris Johnson in No 10.

The government and Tory party still contain a strong constituency for austerity, but the longer-term economic challenges that drove the shift in attitudes towards government R&D spending will outlive Cummings. These include finding a new economic model outside the European Union, and tackling the post-financial crisis productivity puzzle, to say nothing of an ageing population and transitioning to a low-carbon future. Indeed, most of these problems take on new significance post-Covid.

In the end, the stopgap spending review did provide a three-year outlook for the core research budget, promising a £400 million increase each year over a three-year period. Assuming that other government departments do not slash their R&D spending, this looks more or less in line with the manifesto pledge to spend £18 billion on public R&D by 2024-25.

The spending review reaffirmed the 2.4 per cent target, although without giving a cash target for government spending, be it £18bn or the recently floated £22bn. However, the prime minister did appear to restate the £22bn target in parliament two days earlier, in answer to a question on his Commons statement on the Covid-19 Winter Plan.

The chancellor also confirmed that Cummings’ pet project, a UK version of the US Defense Advanced Research Projects Agency, is still going ahead, with a modest start-up budget of £50 million allocated to UK Research and Innovation for next year. This either signals a rethink of the notion that this UK Arpa should be outside the supposedly deadening bureaucracy of UKRI or simply that UKRI’s hiring, finance and procurement systems provide a platform for establishing a new body rapidly.

So there is some reassurance that the government remains committed to raising the UK economy’s R&D intensity, although few details about how it plans to get there. Pushing spending increases into the future presents challenges in this respect, given that doubling publicly funded research implies a need for many more researchers in both the public and private sectors.

New researchers need to be trained or imported, but a boom in PhD and postdoc numbers could create challenges of its own. And, apart from an increase in defence R&D, we know nothing about broader government research spending beyond the science budget, although the move to allow government-owned public labs to access UKRI funding is an important policy shift that was buried in the document. This had previously been blocked to avoid perversely incentivising the labs’ parent departments to reduce their own funding

We also don’t know what will happen to the R&D money that is double-counted as overseas development assistance. The government’s temporary abandonment of its development spending target has been taken to mean these programmes will be cut, but again the political logic that drove the alignment between R&D and ODA commitments hasn’t gone away.

As for the UK Shared Prosperity Fund that will replace European Structural Funds, the little we learned has raised concerns about the amount of money on offer and its suitability for science-related projects. The review also announced a separate English levelling-up fund, which looks to be a pork-barrel fund for small infrastructure projects to help red wall Tory MPs get re-elected.

What we didn’t learn was any more about how research policy and levelling up will be linked. The danger is that R&D spending will exacerbate inequalities and polarise the labour market further rather than create high-quality jobs across the country.

We also know little about the demand side of the equation. How will private and public demand and regulation shape this extra public and private R&D so its social and economic impacts are equal to the challenges facing the UK? Time is running out to find an answer.