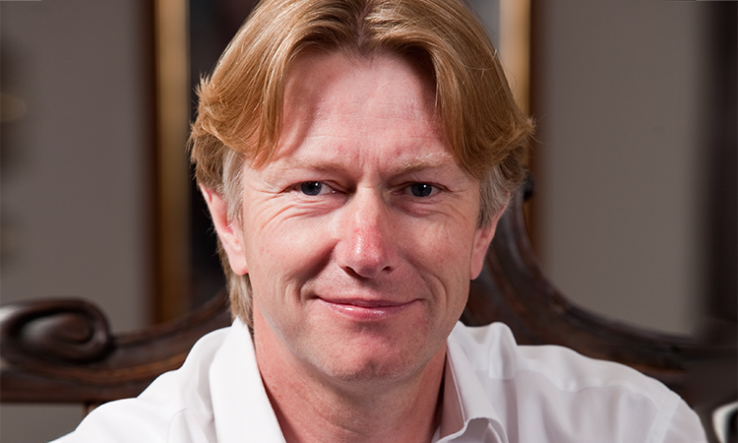 Wayne Channon, head of iosBio, on starting with Innovate UK money before turning to America

While millions of people around the world are receiving vaccines against Covid-19, Wayne Channon, the chair of iosBio, sees a future away from inoculation through needles.

IosBio, a small company headquartered in Burgess Hill in the UK, has developed technology that could allow vaccines to be delivered in pill form, bringing them to millions who cannot access jabs that rely on refrigeration.

His company recently partnered with US-based ImmunityBio to develop a vaccine in a pill, which is now being tested in clinical trials in the US and South Africa.

Research Professional News spoke to Channon about why, after building technology on government money, iosBio’s pills are now going overseas.

Like several others, the ImmunityBio/iosBio vaccine candidate uses a harmless adenovirus that carries parts of the Covid-19 virus to trigger an immune response. Because it uses two different parts of the coronavirus, Channon hopes it will be effective against mutated versions, even the South African variant.

Unlike injectable vaccines, the iosBio product is freeze-dried and crushed into powder that can be put into capsules the company claims will stay potent at room temperature for over two years. The capsule then delivers the vaccine to the mucosal cells in the intestine.

“You don’t catch Covid in your arm,” says Channon. “You catch it in your nose and your throat, and your mucosal cells.”

Most Covid vaccines developed so far have to be refrigerated, with some having to be kept at temperatures as low as minus 70 degrees Celsius. This presents logistical challenges.

A recent DHL/McKinsey report suggests this ‘ultra-cold chain’ can only reach about 30 per cent of the world’s population, and even standard cold chain refrigeration will only reach some 66 per cent.

Channon says his team tried and failed for years to get big pharma to buy into the idea of a thermally stable vaccine that could be delivered in a pill so the costs and challenges of the cold chain transport could be avoided.

Eventually he decided to go it alone.

“In 2016, we decided to pivot from persuading people to use our technology to using it ourselves,” he says. “We decided to develop our own vaccines, but back then we didn’t have much money, so we applied to Innovate UK for an award from a competition for vaccine development.”

IosBio targeted Zika for its first trial and won £214,000 from Innovate UK for research that would include animal trials—a small study in non-human primates.

“On the basis of that non-human primate trial on Zika, we won a further £2 million from Innovate UK in 2018; now that has put us on the map, really…If we hadn’t had that, we wouldn’t be ready now.”

But then the coronavirus pandemic struck.

“We never quite finished the project on Zika. We were 90 per cent of the way through and in January 2020, when it really was clear that Covid-19 was going to be an issue, we started developing our own Covid-19 vaccine,” says Channon.

Innovate allowed the company to take £340,000 from the Zika grant and repurpose it to Covid.

The company failed to get support from the government’s Vaccine Taskforce and instead attracted interest from Patrick Soon-Shiong, the chairman of ImmunityBio. The US-based company was looking to back the technology and put its own Covid vaccine into iosBio’s pills.

“They promised to fund the whole thing—from clinical trials, to an approved product in multiple territories,” says Channon.

The lack of support from the Vaccine Taskforce still somewhat rankles Channon.

“I don’t think anybody really thought about the logistics of administration; I mean, we were banging on about that, but had they really thought, ‘actually, trying to get out 60 million doses of a frozen product is going to be a nightmare’, maybe they would have gone on to support the pill version too,” he says.

He hopes the government will now recognise the promise of the technology, perhaps through backing clinical trials in the UK and pre-ordering the vaccine.

“I really want to have a UK trial, but the question is: is the market going to be here? Are they prepared to commit the UK to buying this product when it’s developed,” he says.

Channon says millions of vaccine pills could be ready by the second half of 2021, although trials are only at the early Phase I stage, so regulatory approval is some way off. ImmunityBio should be able to produce in-house over 100 million doses per month, he adds.

In addition to supporting ImmunityBio’s quest to bring a Covid-19 vaccine pill to market, iosBio is also developing an oral version of the flu vaccine. “We think it will be a better way to take flu vaccines. It could be a game-changer, and it’ll certainly make vaccinating a lot easier.”

But the company won’t stop at that. “The beauty of our approach is that adenovirus is safe and to put in a cargo for anything really is relatively straightforward.”