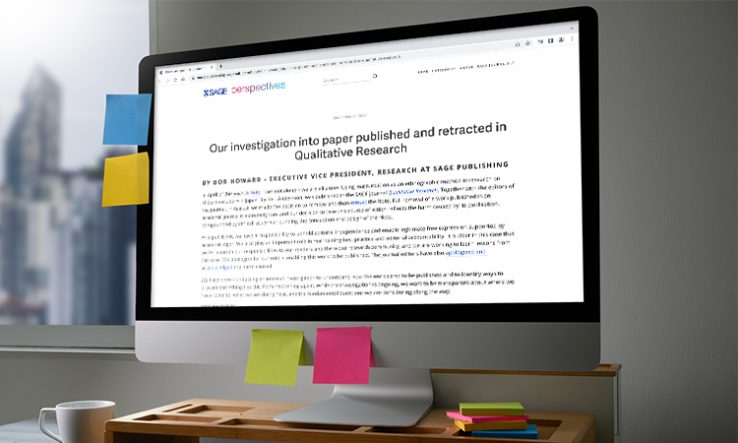 Following the uproar, the article was first removed and then retracted by the journal, which cited “a lack of clarity and hence ethical scrutiny at the time of the initial submission” and “the potential to cause significant harm”.

Critics have questioned the legality of viewing shota in the UK, and the Greater Manchester Police is investigating the incident, though no charges have been made yet.

Research Professional News has approached Karl Andersson for comment. He has not commented on the issue so far.

In an update published on 15 September, Bob Howard, executive vice-president of research at Sage Publishing, said the case “highlights the need to review how we deal with research that covers topics that have the potential to do harm, including research that involves illegal activities, even if those activities are only illegal within certain jurisdictions”.

In the statement published on the Sage Perspectives blog, Howard said: “The first step we are looking into is how we might identify sensitive and especially potentially problematic research at the point of submission.

“By flagging topics that are sensitive and have the potential for social harm, we will be in a better position to advise and guide our editors long before a paper is accepted.”

He added that the publisher was “already exploring ways to do this, including technology options that can support the work of editors and editorial boards”.

Critics have also questioned the peer-review process that allowed the paper to be published with some even calling for the journal’s editors to resign.

Howard said the publisher was also taking steps to “review the ethical requirements across all article types at the point of submission, for this and all Sage journals”.

He explained that under the journal’s current policy, article submissions are scrutinised by the editor-in-chief when they come in, including “ethical considerations, fit to the journal, suitability, and academic merit”. The article is then assigned to an editor.

But in the case of Andersson’s article—which was originally published as a “note”—it was sent directly to an editor without prior scrutiny.

“Notes and Book Reviews go directly to an editor—there is no scrutiny prior to assignment,” Howard said. “The journal is planning to extend this extra level of scrutiny before assignment to all submission types.”

“More broadly, ensuring the requirement for ethics statements across all types of publications in the journal will help to provide additional checks and balances.”

Howard added that the journal was aware of calls for the editors to resign, but said, “as a publisher, we do not believe that it is our position to remove the editors if, as happened in this case, journal policies have been followed and the peer reviewers supported publication”.

“It is our responsibility to safeguard the editorial independence of our journals, which means that editorial decisions—as well as concerns related to them—must be handled within the journal’s existing editorial structures,” he continued.

“At the same time, we are committed to working with our editors to identify and rectify errors, uphold the integrity of the scholarly record, and continuously improve guidelines for best practice.”

The University of Manchester, which is currently conducting its own investigation into the matter, declined to comment.