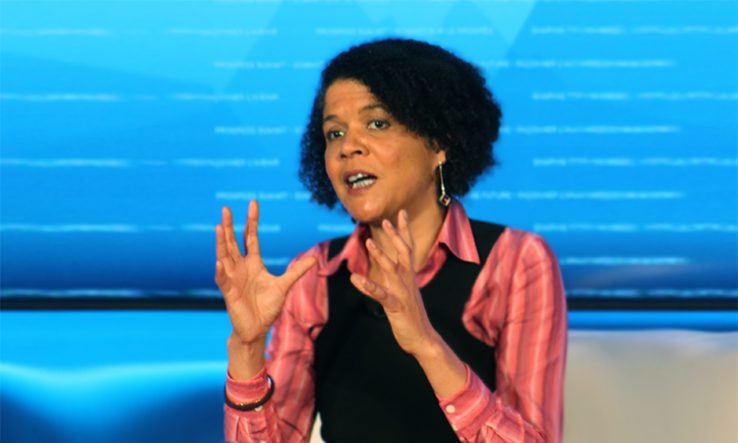 The shadow science minister is leading calls for parliament to go digital during the coronavirus crisis, as MPs demand more scrutiny over the government’s handling of the pandemic.

In a letter signed by more than 100 MPs and addressed to the clerk of the House of Commons, Labour MP Chi Onwurah urged the government to work with parliamentary digital services and the tech sector to design a digital parliament “in which all members can participate”.

“Given the urgency of the task we recognise that will require using off the shelf solutions and may initially be ‘rough and ready’ but people up and down the country have made huge behavioural changes in a matter of days and we must show that we are capable of it too,” the letter said.

“With the help of our many innovative and ethical tech sector organisations we can deliver a digital parliament which, through secure video conferencing, can maintain our democratic traditions in accordance with social distancing.”

Onwurah, who is a chartered engineer, says she has been in discussions with digital experts who she says are clear that the technology is there.

“This is not rocket science,” she said in a statement. “It is a matter of how to do it, not whether it can be done. If we are asking the nation to go digital…we must rise to the challenge like the many elderly facetiming their families for the same time and the book clubs going from the front room to Zoom.”

The letter, dated 31 March, came after prime minister Boris Johnson and health secretary Matt Hancock announced that they were self-isolating after contracting Covid-19, and are holding some of the cabinet meetings online. The government’s chief medical officer Chris Whitty and Johnson’s senior adviser Dominic Cummings are also self-isolating with symptoms.

The rise in cases in Westminster led to parliament breaking for recess a week early, with MPs set to return on 21 April.

In a statement published on 1 April, the leader of the House of Commons Jacob Rees-Mogg said the government and parliament hoped the technology would be in place by 21 April.

“Parliament’s role of scrutinising government, authorising spending and making laws must be fulfilled and in these unprecedented times that means considering every technological solution available,” he said. “We are exploring options with the parliamentary authorities in readiness for parliament’s return.”

Meanwhile, Ed Davey, the acting leader of the Liberal Democrats, has called for the UK to follow in the footsteps of New Zealand with the creation of a dedicated select committee to question the government’s Covid-19 strategy.