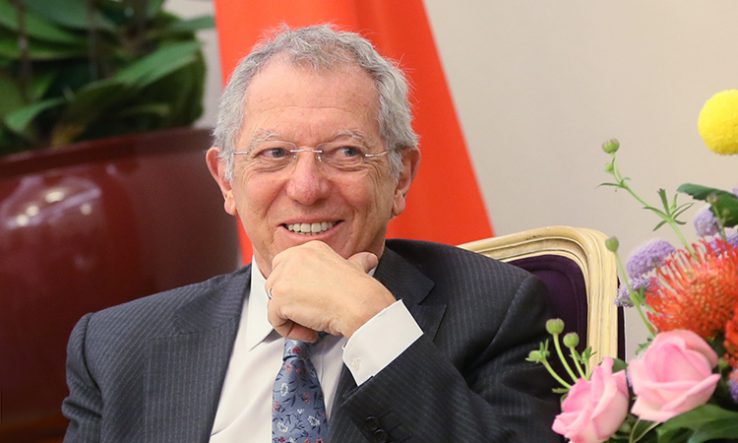 An “independent” Scientific Advisory Group for Emergencies has held its first, public, meeting on coronavirus on the same day as the official government advisory group published its membership following allegations of secrecy.

Speaking at the beginning of the 12-strong meeting, the chair of the new group, former chief scientific adviser David King (pictured), said its purpose was to establish “how we can emerge as quickly as possible from the virus and how we can also manage to keep the death rate down”.

However, King insisted that the group would not be analysing decisions that have already been made.

“We are not doing a re-analysis of where we’ve got to so far except insofar as it impacts on how we get out of it [lockdown],” he said.

Announced by King in an interview with the Sunday Times on 3 May, the group is comprised of experts from a number of disciplinary backgrounds.

They include: Gabriel Scally, president of epidemiology and public health at the Royal Society of Medicine; Elias Mossialos, professor of health policy at the London School of Economics; Anthony Costello, director of the Institute for Global Health at University College London and former director of the World Health Organization; Allyson Pollock, co-director of the Newcastle University Centre for Excellence in Regulatory Science and Zubaida Haque, deputy director of the Runnymede Trust, among others.

During the session, which was broadcast live via YouTube, members discussed a range of topics, including the inadequacy of data on the virus, vaccine development, herd immunity, critical care capacity and the socio-economic impact of the virus.

A government spokesperson said: “This is a new virus and the science is emerging, so Sage is happy to receive scientific input from any group, as it already does.”

Meanwhile, the government has published the names of participants of its official Sage group following growing criticism over transparency. Two members refused to be named and the group did not name government officials who attended the meetings.

Over the past few weeks numerous politicians and researchers have criticised the government for refusing to publish documents relating to the advisory group, and for refusing to reveal all the names of the group’s participants.

Commenting on the decision to publish the names of members, the chair of the House of Commons Science and Technology Committee, Greg Clark, said: “I strongly welcome the commitment to transparency made by Sage in publishing the names of the members.

“This was something my committee called for in order to provide public reassurance that government decisions are informed by a broad and substantial body of expert advice.”