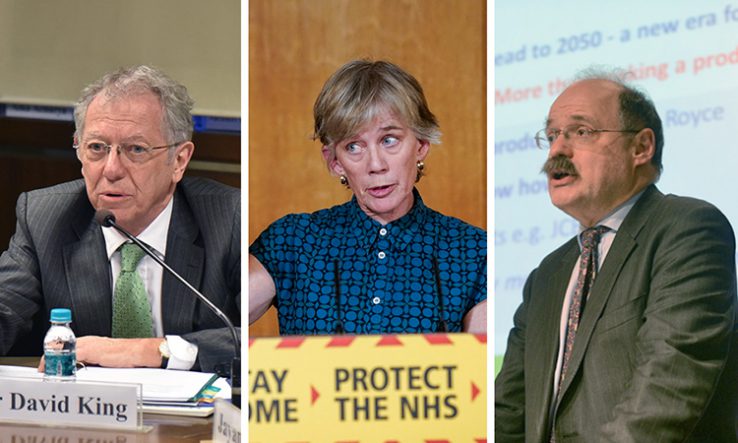 The independence of government scientific advisers must be preserved, a member of the Scientific Advisory Group for Emergencies has said.

Angela McLean (pictured, centre), who is also a member of the Scientific Pandemic Influenza Group on Modelling (Spi-M) and chief scientific adviser to the ministry of defence, was speaking at an online event organised by the Foundation for Science and Technology on science and politics on 15 July.

“That would be to reflect the ideal that science advice should be present at the beating heart of government decision-making, but only one of the things that’s taken into account,” she said.

She described her experience working on Sage and Spi-M as “collegiate” and “collaborative” and that she “wouldn’t have missed it for the world”.

“I think the fact that it has been so high profile is good for science, but it is still very important as ever to preserve the independence of people who do that work and also to be quite clear that the science advice is just one of the considerations on the table in the room when politicians make decisions.”

McLean, who has appeared alongside members of government at Downing Street briefings on coronavirus, described the press conferences as “great fun” at first but that it “got pretty horrible”.

“I remember once asking one of the press officers in Downing Street: ‘Why do we keep doing this?’ and he said it was because five to 10 million people were switching it on every night.”

Asked if scientists were being “set up to take the blame” for any misstep in policy, as some have previously suggested, she said she had thought about it a lot. “My personal opinion is the alternative would have been to walk away and that would have been completely wrong,” she said.

“A science adviser in government must advise on policies based on the best science. But of course—and critically—the politicians decide…The buck finally stops with the prime minister.”

Crucially, he added, the government’s chief scientific adviser must be a “good and clear communicator, jargon-free, but with rigour”.

He pointed out that his rival advisory group included a “good group of healthcare specialists” as well as “experts on operational health” meaning they are able to give policy advice.

“The fundamental principle that governs the relationship between science and politics is that the scientist advises and the politician decides,” he said.

Walport went on to suggest that setting up Independent Sage may have confused things. He also said scientific advisers should not be making policy advice, referring to Independent Sage’s recent call for elimination of coronavirus from the UK.