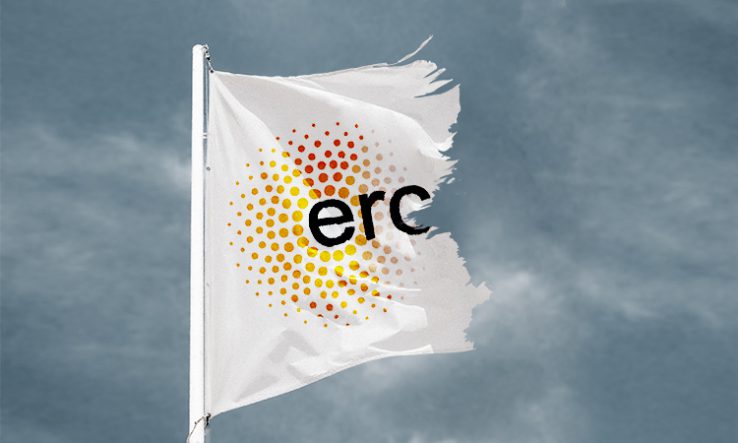 More than 140 European Research Council grant winners in the UK have been told that their grants will be terminated. The news follows a two-month ultimatum demanding that they move their projects to an eligible institution in the EU or elsewhere.

In the 8 June letter, the ERC told 143 UK-based grantees it had not yet received the commitment letter from their new host institution or “justified reasons why such letter has not been provided yet”.

As a result, it said, “we will have to terminate the preparation of your grant”.

An ERC spokesperson told Research Professional News it was “terminating preparations for grants as it is legally impossible to sign grants with host institutions that are not in an EU member state or in an associated country”.

However, commenting on the timeline of the grant offer terminations, the ERC spokesperson also said “ERC will allow concerned applicants a bit more time to take a decision”.

UK association to EU R&D programmes has been delayed by wider political disputes between UK and the EU, meaning UK-based researchers are ineligible to receive any funding they win.

“I’m deeply disappointed by how this has all played out,” Peter McMurray, an ERC Starting Grant winner at the University of Cambridge, told Research Professional News. “It’s frustrating to see this failure to reach an agreement.”

McMurray, who received the grant-termination letter, added: “I wish the ERC could be more flexible but it seems like the UK’s ongoing attempts to unilaterally change the terms of the Brexit agreement are short-sighted and will harm researchers.”

The UK government has promised to provide domestic funding for most of the affected grants through UK Research and Innovation. But many see that as a less prestigious option.

“I find it disappointing that UK recipients are being forced to make a decision of: move to the EU to take this grant—and thus give up my current position—or take a second-rate version of the grant from UKRI,” said McMurray.

“Neither of those are great options. Having recently moved internationally with family, I’m not in a place where another international move would be very feasible, nor do I want to give up my job. So I’m planning to stay. But it remains unclear to me why these are the only two options.”

Christoph Treiber, an ERC Starting Grant winner based at the University of Oxford, also received the letter, which was a follow-up on a letter from 8 April in which the ERC first warned the winners of the need to move to access their grants.

“It is disappointing that the ERC made it seem like their first letter in April was just a warning and necessary formality, but the second letter is a very sad and final rejection,” he told Research Professional News.

Treiber is now planning on taking up the UKRI guarantee “unless I find a more attractive opportunity”.

Another ERC grantee based at a London university, who did not wish to be identified, said: “I was more leaning to stay, considering seriously just one other option in France.

“Running out of time is convenient for me to seal the decision that otherwise was very difficult to make. I am planning to finalise my UKRI guarantee application soon.”

But not all grantees have decided to stay in the UK as the uncertainty continues.

ERC told Research Professional News that 16 UK-based grant winners have so far informed them that “they are potentially interested to exercise their right to portability i.e. to move with their ERC grant to a host institution in an EU Member State or associated country”.

One of them is Giovanni Rosotti, an ERC Starting Grant winner at the University of Leicester, who said he had already submitted a letter of commitment from his new host institution in Milan.

“It’s not the only factor, but not losing access to ERC funds was a big reason behind my decision to move back to Europe,” he said.

“I decided to move because the ERC is not simply a large amount of funding, it’s also very well-known and therefore it attracts the best talent from all over the world when hiring students and post-docs, which I’ll need to do in the coming months,” he said.

“There’s no guarantee that the alternative replacement scheme from the UK government will do the same. Also, without access to the ERC, the funding for science in UK will massively decrease, and so betting long term on the UK didn’t sound a wise choice to me.”

‘A dark moment for British science’

Meanwhile, the prospects of the UK associating to Horizon Europe, the EU’s €95.5 billion (£80.5bn) R&D programme, seem to be dimming, with the key obstacle being disputes over the Northern Ireland protocol.

Former science minister, Chris Skidmore, said yesterday, “I think we must expect the worst. The decision has been made, I suspect. It will be a dark moment for British science and engineering.”

Current science minister George Freeman was in Brussels yesterday for what he said was a “last round of talks” on the issue, but he was reportedly snubbed by senior EU officials there.

ERC winner Treiber said he was worried that “the UK will not associate with Horizon Europe at all. This would be absolutely catastrophic for UK research, and would certainly be a very good reason to leave.

“Whatever benefit the government thinks they might get out of renegotiating the Northern Ireland protocol would be nowhere nearly as beneficial as being part of the world’s biggest research programme.”

UKRI deferred questions on the matter to the UK Department for Business, Energy and Industrial Strategy.

A Beis spokesperson said: "We recognise the EU’s delays to formalising the UK’s association to Horizon Europe have led to uncertainty for researchers, businesses and innovators based in the UK.

“The guarantee means that eligible, successful applicants will receive the full value of their funding at their UK host institution for the lifetime of their grant.”