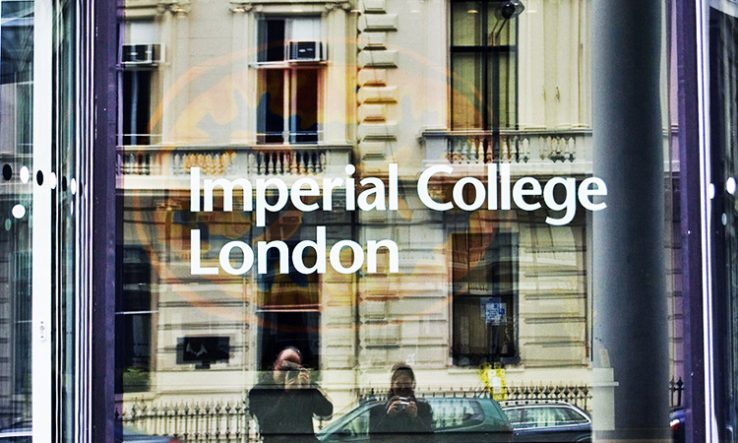 Imperial College London expects to make 75 redundancies to save £2 million, according to UCU

Some of the scientists who are advising governments on the Covid-19 pandemic at Imperial College London have warned the institution against plans to cut its staff numbers.

On 3 June, the university told 281 staff working in Information and Communication Technology that 156 of them were at risk of losing their jobs, according to University and College Union.

Imperial has said that it expects 75 staff to be made redundant, UCU says, with the first jobs expected to be axed in July. The cuts are expected to save it £2 million.

But on 8 June, some of the members of the Imperial College Covid-19 Response Team urged the institution not to axe the jobs, saying their own Covid work relies on the support of the staff at risk.

Samir Bhatt, a senior lecturer in Imperial’s school of public health, who is advising the state of New York as it comes out of lockdown, said: “For weeks now, all of our Covid-19 response work has had to be done remotely.

“It goes without saying that our work is of significant public health importance, both within the UK and around the world, and it would have been impossible without the Imperial ICT staff and their heroic efforts in the midst of incredibly trying circumstances.”

University and College Union general secretary Jo Grady added: “We are worried that Imperial may try to cut more than the 75 staff they are admitting they want to get rid of. It is incredible that Imperial would risk undermining the fight against Covid-19 by starting an eight-month restructure to get rid of over a quarter of the staff in such a vital department in the midst of this global pandemic.”

Elsewhere, the University of Liverpool has launched a voluntary severance scheme as “part of an approach to reduce costs in response to the impact of the Covid-19 pandemic on the University’s financial position”.

All employees who are directly employed by the university, including both professional services and academic staff are eligible to apply, as well as those who are currently furloughed.