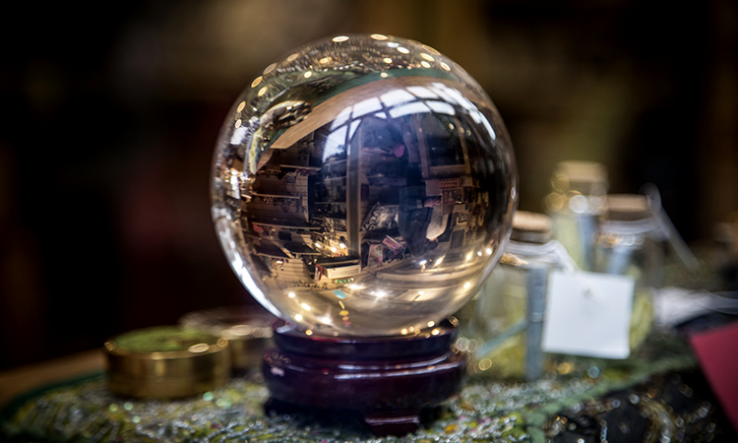 Government should engage with universities and business to overhaul the UK’s economy, says Joe Marshall

For both companies and universities, good business practice requires decisions to be made based on clarity of opportunity and risk. The lack of political clarity since the 2016 EU referendum has slowed or stopped decisions by both businesses and universities.

Investments have been put on hold. Partnerships and collaborations have taken longer to forge.

Last Thursday’s election brought clarity. After 10 years of mostly coalition or minority governments, we have a government with a majority, able, and it would seem willing, to take control of political decision making.

But will clarity give rise to certainty?

It is probably too early to say—although today’s Queen’s Speech will provide some clues. On the key election issue—Brexit—many in the corporate world will be waiting to see the detail once formal negotiations begin next year.

For all the slogans and soundbites, if this were a commercial negotiation we would not even have set out the heads of terms yet. We are a long way from getting Brexit done.

Significantly, though, the election campaign reinforced the Conservative commitment to prioritise science, research and innovation. Again, many people in business and universities will wait to see how these promises translate into funding settlements. But the repeated namechecks and lavish promises of more funding were strong signals of intent to both the science and business communities.

We can also expect the discussion to move on from centring on an input measure—namely, the target to spend 2.4 per cent of GDP on R&D—to questions of how a future economy will be powered and shaped. The political shake-up created by the election feels like a precursor to both an overhaul of how government works and of how the broader economy acts and behaves.

This is an important shift. The inward-looking Brexit debate has obscured advances taking place elsewhere. Advanced knowledge economies around the world—many of which are already spending more than 2.4 per cent of GDP on R&D—have already adopted, integrated and harnessed digital technologies such as artificial intelligence and machine learning into everyday practices, and are pushing the boundaries of industry at an almost exponential rate.

This progress is underpinned and powered by the interactions, collaborations and partnerships between universities and businesses. Advanced knowledge economies are driven by the generation of ideas, technologies and approaches, and their translation into real-world, commercial solutions.

The UK has a fantastic record in this domain. It punches above its weight on a raft of international measures when it comes to translating and commercialising research. Universities, and their collaborations with business, are at the heart of this.

But there is always more that can be done. As Chris Skidmore, the returning minister for science, universities and innovation, said before the election was called, we must “turbocharge” knowledge exchange activities to reach more businesses, more sectors, and—most significantly, given the election result—more places.

The government needs to translate clarity into certainty by turning signals into action. As we enter a new decade we have the opportunity to reimagine not just what the UK is famous for but how it wants to achieve that.

After all the impasses, business and universities have an appetite for new dialogue and new solutions. To this end, the government should reach out and engage businesses and universities, perhaps by setting up an advisory committee to help create and deliver ways to engage more businesses in more sectors in more places.

A new dialogue with business and university requires the government to be in listening mode, to understand what drives and motivates them, what they value, which incentives really work, and how to reach beyond the incumbents.

The election result has provided clarity. The hope is that can now be translated into certainty. Collaboration will thrive and prosper where these two exist.