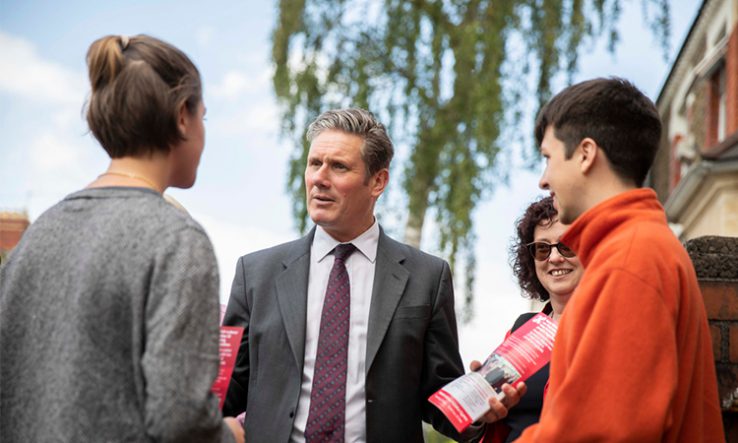 In any multi-party democracy, a question always arises during a national crisis—what is the role of the opposition? During the second world war, the UK took one option—a government of national unity, with power and responsibility shared between Winston Churchill’s Conservatives and Clement Attlee’s Labour.

Today, Israel has taken a similar route, while Hungary has used the coronavirus pandemic to crack down on the opposition. Britain, too, finds itself on uncertain ground. With Labour having just appointed a new shadow cabinet, parliament being in recess and the prime minister in intensive care, our democracy is entering uncharted territory.

Many comparisons to the war have been made in recent weeks. But this is not a military crisis—it is a scientific and medical one. Such a situation brings with it its own challenges, and it remains to be seen how both the government and opposition will rise to them.

Reassuringly, the government appears to have accepted the need for scientific input into the highest levels of decision-making. This is a good thing, though one would be naive not to realise that putting advisers front and centre also offers a way to spread the blame should things continue to worsen.

For its part, the Labour opposition under its new leader Keir Starmer finds itself in an unprecedented position. The correct course of action is unclear.

On the one hand, the job of parties not in government is to hold the government to account. In normal times, opposition in this scenario would involve asking questions about assumptions, methodology and intended outcomes, as well as suggesting alternative strategies.

On the other hand, with those in positions of medical authority deeply embedded into the government’s decision-making process, extreme care must be taken not to undermine public health advice. Doing so might well have disastrous consequences for maintaining social-distancing measures.

Normally, structures are in place to help the opposition through this process. MPs can question ministers and their advisors in select committees, ask questions in parliament and speak in debates.

However, none of these are currently in operation. Both houses are in recess, and digital options for reopening debates have yet to be finalised.

These issues are all exacerbated by the change in the leadership of the Labour Party. It will take Starmer and his deputy Angela Rayner some time to find their feet. A new shadow cabinet has only just been appointed and advisory teams are now being assembled.

In the meantime, questions continue to be asked about the government’s actions and competencies in dealing with Covid-19. This week, those questions pertain to testing capacity, last week to ventilators, the week before, the herd immunity strategy.

Despite changes in leadership, the Labour Party must take the lead in holding the government to account by raising and reiterating these and other important questions.

It is Starmer’s responsibility to figure out how to make these points, and to establish effective mechanisms for questioning government policy without undermining public health advice. Of course, this is easier said than done.

One option is for the government to invite the new leader into briefings, so that he is kept informed of the latest developments. There is clear precedent for such measures—last month, London mayor Sadiq Khan attended the Cobra committee to discuss the worsening situation in London.

Another option is to push for select committee hearings and tabling of written questions to resume as rapidly as technologically possible—perhaps as early as later this week.

Perhaps, though, the most crucial step will be to ensure that expert advice is being fed into Labour’s decision-making process at the highest levels. The appointment of Ed Miliband, a political heavyweight, as shadow business secretary is surely a positive sign. He should be supported by a cabinet-level shadow minister for science and innovation.

Such a move would send the message that the opposition takes scientific expertise as seriously as the government, and would create a dedicated point of contact between the opposition and the academic and industrial science, technology and engineering communities.

War metaphors aside, there is no escaping that this pandemic is fundamentally a scientific crisis. Regardless of the difficulties of maintaining the function of democratic structures, Labour’s new leader must ensure that science is also the basis for holding the government to account, regardless of whether its decisions turn out to be ‘correct’ or not. Only in this way will we ensure that we make it through this crisis as best we can.