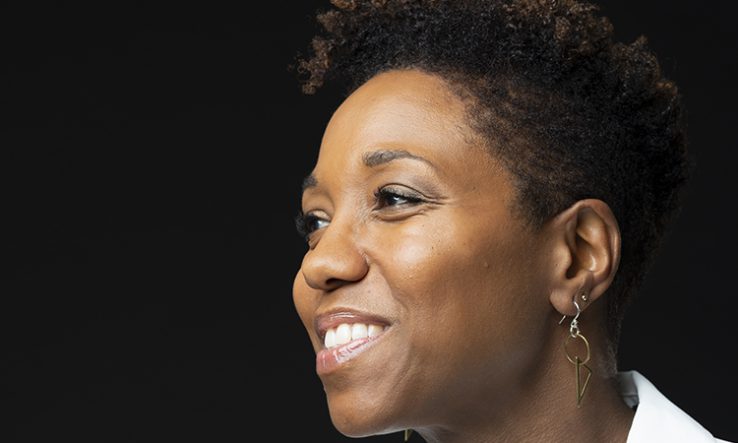 When I was asked to write about my experience as a black person working in research management and administration, my first thought was: ‘What are the experiences of others like me?’ I could think of five others of Afro-Caribbean or African heritage I knew, personally, in my line of work. Just five.

There are more, but the point is that I was not spoilt for choice—and I have worked in research support for 17 years. First at the UK research councils and once at a university, but mostly as a self-employed consultant. I have carved myself a niche. Yet, as a person of colour now in her forties, my career has been spent mostly as the only one in the room.

What does that feel like? Every professional person of colour bears the burden of knowing that they are representing all people of colour. You have to be not just good but excellent, consistently.

You try not to scare the white people—you don’t want to be the ‘angry black female’. You make yourself smaller, you make your white colleagues feel comfortable, you try to fit in. You decide not to get the dreadlocks you’ve always wanted because they might be perceived as too ethnic, too aggressively black for academia.

You tell yourself these choices are about advancing your career. But a lifetime of countering other people’s preconceptions is exhausting and leaves more scars than one cares to admit.

Working in an academic environment, you interact with intelligent, educated, worldly-wise individuals who are appalled and sickened by racism. I struggle to recall any acts of overt racism towards me. But the microaggressions, the subtle incidences of everyday casual racism, are legion.

The almost indiscernible looks of surprise when I walk into a room as the expert or the person in charge; being given professional development feedback that others consider me scary and intimidating; discomfort in referring to me as black—I recall, when I was the only black woman employed at the UK’s Economic and Social Research Council, once being described as the “woman in comms with dark hair”.

I have no problem with being described as black. I do have a problem with my most obvious identifier being ignored. It might have been a misguided attempt at colour blindness, but not acknowledging that key part of my identity diminishes me and reveals others’ uneasiness.

A couple of years ago, one academic at an institution I was advising sought me out and said: “You are the first black woman I have seen doing this.” He was not intending to patronise me, nor was I offended.

On the contrary. He was acknowledging my rarity, acknowledging that there was an issue. He was the first person to do that, which makes me sad and angry at the same time—a too-familiar combination of emotions.

Academia has a problem with race on multiple levels, and research management and administration reflects this. Of the 222,885 non-academic staff at UK universities in 2018-19, 6,855 identified as black. That’s approximately 3 per cent.

We don’t know how many of these work in research management and administration, although the Association of Research Managers and Administrators has set up an equality, diversity and inclusion advisory group that is trying to find out. Based on my experience, I would say: not many.

One of the clearest messages of the worldwide Black Lives Matter protests is that people of colour are tired of explaining white privilege or defending the validity of our experience. Systemic racism is real, and as a white person you have unwittingly profited from it and probably hold a few unexamined racist preconceptions.

We are all products of our environment, so don’t get defensive about that statement. Instead, ask what you can do about it.

Educate yourself on how systemic racism pervades society, and by default the institution you work in. Read Akala, read Reni Eddo-Lodge and Robin DiAngelo. Examine your own thinking—it will be uncomfortable.

When you are able to identify and call out your own casual racism, call it out when it is articulated by colleagues, friends or family members. Consider the symbols that embed racist notions deep in our psyche.

Vocally question why academia—and by extension, research management—is so white. Think not just about recruitment but about whether internal processes are biased: what is rotten in the system?

I hope for a future where my being the only one in the room is the exception, not the norm. It’s been a long time coming, but a change is gonna come.

Saskia Walcott is an independent consultant specialising in research impact and was one of the UK’s first Research Excellence Framework impact consultants www.walcottcomms.co.uk