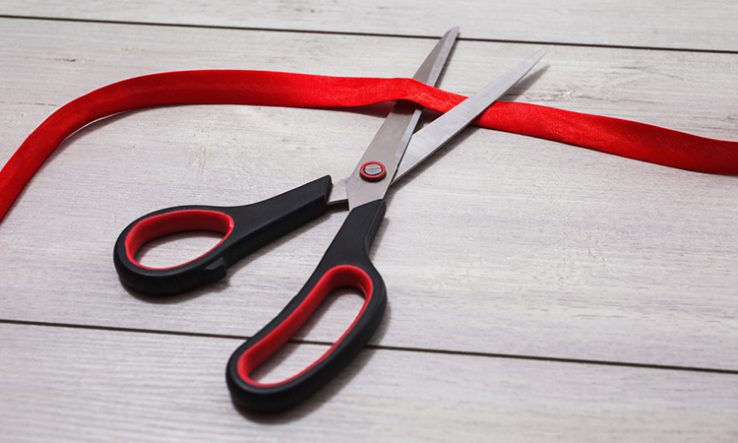 Cuts to bureaucracy can help universities focus on what they do best, says Tim Bradshaw

Bureaucracy conjures images of stacks of paperwork, “computer says no” and an automated voice at the end of the phone. But organisations such as universities don’t invent bureaucracy for the sake of it.

When you’re managing thousands of students and hundreds of lecturers, researchers and service staff—and managing budgets of half a billion pounds upwards—accountability is crucial.

No vice-chancellor will dispute the need for accountability. UK universities deliver for their communities, the economy and over two million students each year. They are responsible for a significant amount of public money—and, right now, are playing a vital role in the fight against Covid-19 and its consequences.

So it is right that the sector is held to account. But unnecessary bureaucracy is the bane of any big organisation, and in recent years the burden of regulation, data gathering, targets and conditions has only gone up.

Much of that has been imposed by government and its various agencies, or by the numerous regulatory bodies that universities have to deal with even as they seek to become more efficient. It’s easy to see how this happens; it is always tempting for regulators and policymakers to add another operating condition or priority. It is more difficult for them to stand back and consider honestly what is really necessary.

The Russell Group therefore welcomes the government’s 10 September declaration that it will cut bureaucracy for universities to “free up their time to prioritise frontline teaching and research”.

That announcement deserves at least a small cheer—I can’t recall the last time a government made such a pledge to the sector and then immediately started enacting it. There were murmurs of hope a few years ago, when the Office for Students said it would deliver low-burden, risk-based regulation, but we know how that turned out.

It’s encouraging that this time the education and business departments and the National Institute for Health Research are working together, and that both the OfS and UK Research and Innovation will be delivering meaningful cuts to red tape. Other departments and agencies should feel free to join in.

Highlights from the promised bonfire of bureaucracy include the abolition of random sampling by OfS, which could have seen 5 per cent of providers subjected to unnecessary and extensive assessments each year, and moves in UKRI and NIHR to streamline grant applications.

Small changes, such as having a single institutional Impact Acceleration Account and a single résumé format for researchers, will also make things simpler.

The review of data reporting requirements also sounds like a golden chance to streamline how information is collected, and to minimise burden and duplicated effort while retaining accountability.

Good decisions depend on good data. Universities will still want to prioritise action on equality, diversity and inclusion, without being tied to one approach, and will still publish yearly financial reports, but hopefully without also having to provide essentially the same data in different forms for different government customers.

I hope this is the start of an overdue process, and that the upcoming spending review will also deliver lasting benefit to research and higher education.

Another low-bureaucracy win would be to boost quality related research funding, including its equivalents in the devolved nations. These funds give universities a competitive advantage internationally and the freedom to prioritise high-risk, high-reward research without the grant-application processes that programme funding requires.

This funding stream’s agility and lack of bureaucracy also lets universities pivot at short notice to face emerging challenges such as Covid-19. The partnership between Mercedes and University College London, which delivered new life-saving breathing aids, or Oxford University’s Jenner Institute, which is leading on vaccine development, were both set up with QR funding.

As red tape is stripped back, we have to be alive to what replaces it. Universities must themselves tackle complicated internal processes and make sure they don’t just replace government-driven bureaucracy with homegrown alternatives.

This is a chance for the sector to find ways to give universities and their staff time to provide the best experience for students and to deliver ground-breaking research that helps solve the problems facing our economy and society.

Tim Bradshaw is the chief executive of the Russell Group