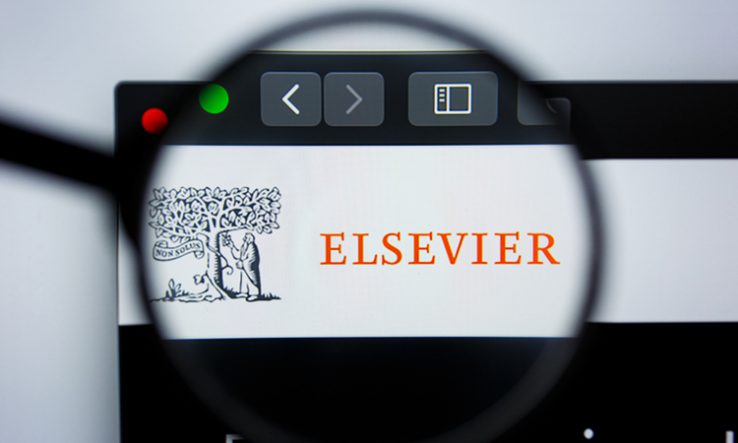 Negotiation with Elsevier is a chance to improve the entire system, says Nick Plant

Costing £42.9 million per annum via subscriptions, the ScienceDirect contract is the most expensive held by any European consortium. On top of these subscription fees universities are charged Article Processing Charges (APCs) to publish research open access amounting to an estimated £50 million for 2021 alone.

These costs put increased pressure on institutional funds and are no longer sustainable.

Other publishers such as Springer Nature, Sage and Wiley are providing integrated contracts for access and open-access publishing at a significantly lower cost per article.

At present, there is little trust among the academic community that publishers are delivering value for money. Subscription and publishing costs are increasingly unaffordable and consume an escalating proportion of university budgets.

For us at Leeds, it is vital to strike an open access ‘read and publish’ transformative agreement with Elsevier. Our researchers need to be able to publish their work open access, without our library having to pay more than it currently does.

Research culture is a hot topic right now with everyone from the Russell Group, to the Wellcome Trust and science minister Amanda Solloway. Everyone seems to want to move away from a world of ‘publish or perish’ to one where research is judged on its quality rather than where it is published, and where it is fully discoverable and accessible to everyone that might benefit from it.

Many in academia, though, still have reservations about whether that will happen in practice. This applies especially to early-career researchers, most of whom support open access but are faced with a research culture that still requires publications in high-impact journals to secure a promotion.

The Research Excellence Framework, for example, is still prey to biases about what is historically considered a ‘good’ place to publish. A review of REF 2014 by the consultancy Technopolis found that in economics and innovation studies, use of ‘approved’ lists of mainstream journals had driven out “non-mainstream, unconventional work”.

Ultimately, the most important thing to do with research is share it. We need cultural change for that to happen at its full potential, and publishing deals are a crucial part of that.

A range of agreements that will provide authors with a range of options for publishing open access is key to building a healthier research culture and resetting researchers’ assumptions about where to publish their work.

Rather than being left to individuals, this behavioural change needs to be driven by the sector—through initiatives such as the San Francisco Declaration on Research Assessment, of which Leeds University is a signatory. Collectively, we must make it easier for researchers to make informed publishing decisions based on transparent data, and develop metrics that will drive behaviour in support of open access.

Along with accessibility, and sustainable, ethical and transparent pricing, culture change also requires demanding more from publishers’ services. Swapping data between publishers and repositories should be seamless, as it already is in fields such as genomics.

Outputs should provide richer ways for readers to interact with data. The White Rose University Press, which Leeds run jointly with the universities of Sheffield and York, already offers such a digital experience by adding recordings and 3D representations, for example. Publishers should be competing on quality, innovativeness, and price, not their legacies.

I’m a toxicologist, which means that a lot of my work has translational potential. But for that to happen it needs to be applied by practitioners—the people who use my discoveries.

Unfortunately, most of those people don’t have access to research content of academic journals, which is often behind paywalls. Unless we give people access to our research—be it our local NHS or partners across the globe, they will not gain from it.

I’ve looked with a mixture of admiration and envy at how scientists working on Covid-19 across the globe have worked together to understand and map the virus and its variants, developing vaccines by sharing data and storing it in places that can easily be accessed.

The pandemic has shown that a highly collaborative and open culture among researchers benefits the global community, and that research should be for the common good and made available in a sustainable way. Now it’s time to make that transformation system-wide.

Nick Plant is deputy vice-chancellor for research and innovation at the University of Leeds. Leeds is represented on the Content Negotiation Strategy Group which sets the strategy for the negotiations with Elsevier