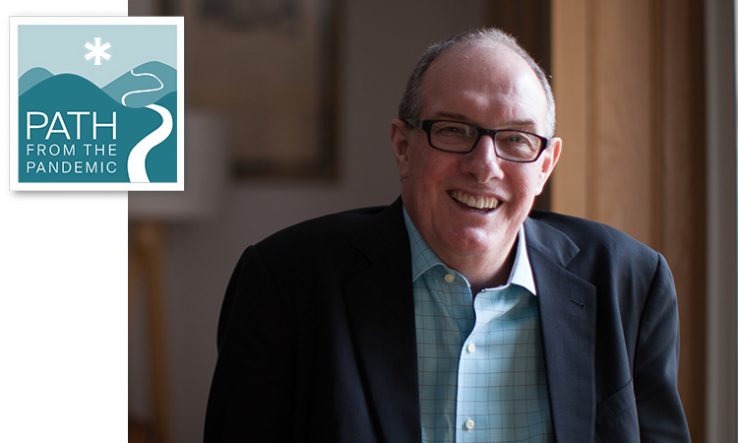 Research evidence must be at the heart of post-pandemic policymaking, says Will Hutton

For the UK, the 2020s will make or break much of the century beyond. The country faces the same challenges as any advanced industrialised economy—the rise of automation, recovery from the pandemic, social atomisation, the drive for net zero greenhouse gas emissions and the ever-growing power of capital relative to labour—but with some very specific British drawbacks.

Yes, there are wonderful assets in the UK, including our universities. But Brexit has created trade barriers (especially in services), regional inequality is higher than in any other similar economy, life expectancy has declined amid widespread poverty and social disadvantage, productivity growth has dropped way below trend, and a step change in innovation and investment remains elusive. Societal dysfunction and disadvantage drive much of our politics, especially the rise of nationalism.

Covid has taught us the value of science. Navigating the next decade will require the very best of social science.

Social science in Britain is a success story deserving wider acknowledgement. Around the country, brilliant individuals and teams are using its well-honed quantitative and qualitative tools to study ageing, health equity, supply chains, happiness, police morale, employment law and how to de-gig the economy, the social roots of cancer and obesity, the social consequences of climate change and much more.

The Institute for Fiscal Studies is investigating inequality’s causes, effects and remedies. And over the next three years, the Centre for Economic Performance (of which I am an associate) at the London School of Economics and Political Science is teaming up with the Resolution Foundation to map out how the economy will and should develop to 2030.

As the incoming president of the Academy of Social Sciences, one of my tasks is to make this evidence a central part of the national debate, informing policymaking in government, finance and business.

An immediate objective is to extend the Campaign for Social Science’s successful Covid hub. I will also champion the case for a ‘Sage-type’ group of social science advisers, feeding into a chief government social scientist, to analyse the most pressing issues relating to the pandemic.

This could create the capacity for a rapid social science response to investigate, for example, how to persuade people to self-isolate if they test positive, why the disease spreads so differently in different postcodes, or the arguments for and against a form of pass—even if time-limited—to give fully vaccinated people greater freedoms.

Another priority is to inform policy choices on levelling up. Here, the academy is collating and disseminating some of the best work around. Up to 30 initiatives nationwide have already proven their worth, some of which could be scaled up.

Levelling up poses a host of questions. What is the opportunity for creating dynamic economic clusters? Is it possible to chart the differential impacts of initiatives on transport, education and training? What type of anchor institutions trigger the maximum spillover and multiplier effects? Have universities emerged as important growth catalysts? How can we create local leaders and give them autonomy and resources? All of these questions require the force of social science research.

Social science has always informed my writing and the public and private commissions I have chaired. I’ve found that breakthrough ideas often emerge when different disciplines work together and cross-fertilise one another.

Just as the boundaries between the natural sciences are breaking down, the same—driven by the data revolution—is happening in social science. The academy’s strategy calls for more work and talk across disciplines, to monitor and steward their health and to inspire the full diversity of young people to see them as the route to a brilliant range of well-paid and societally vital careers.

All of this is taking place in an uncertain climate for higher education. I have long argued for raising the status of further education and vocational training, with clear pathways to qualifications whose value is as well understood in the labour market as a university degree. In my view, there should be parity between further, vocational and higher education. But this gain should not mean levelling down universities.

The university is an indivisible whole, where the freedoms to teach, learn, research, disseminate and discuss stand and fall together. A breach in one affects all. This is something that must concern all the national academies.

It is a privilege to become president of the Academy of Social Sciences, especially at such a challenging moment. The country needs what we do: I shall do my best to inject our work and perspectives into the national conversation.

We have been following the science throughout the pandemic. Time now to follow the social sciences.