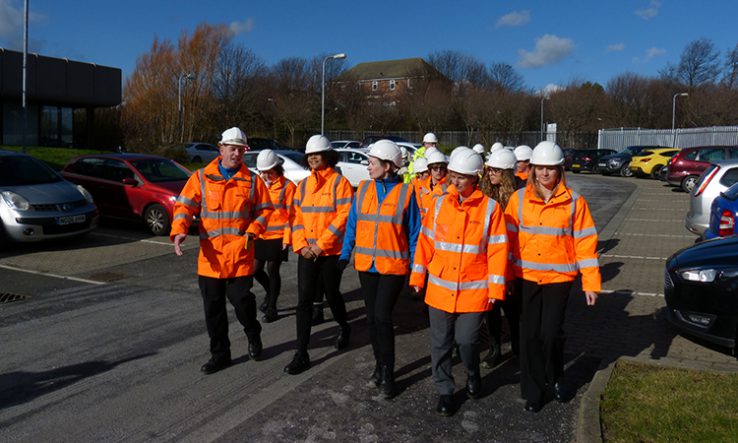 From Nigeria to Westminster, Chi Onwurah reflects on the lessons of bridging engineering and politics

I am very grateful for my engineering degree. It was the basis for a wonderful career that took me all over the world. As a politician, it has helped me make decisions on issues that have engineering at their heart, such as the High Speed 2 railway and broadband deployment.

But I did not have such a great experience with engineering professors. Not because I didn’t finish my assignments or fell asleep in lectures, or almost blew up the Power lab—though all that did happen—but because I was taught in an environment thick with racism and misogyny.

The majority, though not all, of those professors seemed to think it was nothing to do with them. Some contributed to it.

Nowadays, university engineering departments are working hard to ensure a more inclusive environment in which the overt racism and sexism I experienced would not be tolerated. But female engineering students still report widespread bullying and harassment.

There is also still too much of an underlying assumption that engineering is a purely factual, objective pursuit immune from ethical, social or political considerations. The truth is that all engineering takes place within a political, regulatory and ethical framework. And yet we talk very little of the ethics of engineering. For example, I have followed with concern the trajectory of my own engineering domain of communications technology, from boring but useful to exciting but exploitative, a trajectory that has created vast sources of unshared wealth and monopolistic power.

What responsibility do engineers have for the problems they tackle and the technologies they create? I do not have the answer, but it is a question university engineering departments should be asking.

It’s a question I asked myself while working on building Nigeria’s first mobile phone network, when I saw first-hand the consequences of decades of oil-extraction engineering. And again more recently during the Volkswagen scandal, when emissions-testing was re-engineered to dodge emissions standards. This was a failure of management, but also of engineering.

Doctors take the Hippocratic oath, which pledges them to first do no harm. What about something similar for engineers? The capacity for engineering to do harm is enormous, and all concerned need to work together to give engineers a framework and values to address the harm as well as the good they can do, building on the efforts of professional bodies such as my own, the Institution of Engineering Technology, to raise professional and ethical standards.

So many of the challenges facing the world—from food poverty to data privacy—have engineering at their heart and huge socioeconomic consequences. But I want to focus on two issues—which also happen to be the two great challenges of our time—that require new kinds of engineers, with new skills for a new age. These are diversity and inclusion, and climate change.

When I entered Imperial College London as an undergraduate in 1984, 12 per cent of engineering students were women. Almost 40 years later, that figure has climbed to… 14 per cent. At this rate, gender parity will arrive in 2741. I do not intend to wait that long.

I don’t expect a lab or meeting to be full of people like myself, but to be such an exception was lonely and frustrating. I’d get asked if English was my first language. Was I a qualified engineer? Was I after a rich husband?

Diversity is not an optional add-on; it is an economic imperative. It needs to be at the heart of policy, because we cannot build a more prosperous economy without making use of the talents of everyone.

The UK faces a significant skills shortage in engineering. Our engineers and technicians are getting older and not being replaced. As automation erodes jobs in some sectors, technology skills-based jobs are going to grow. They must be accessible to all, and they must be filled by engineers who recognise that their decisions should depend on ethics as well as equations.

Diversity gives the best chance of making engineering more ethical as well as more productive. When technology is designed largely by white, male, well-off engineers, it reflects their concerns. This is illustrated beautifully by the beta version of the Apple Health App. It was meant to reflect all aspects of users’ health—using temperature changes, weight fluctuations, exercise, diet, sleep patterns and so on. But the company initially forgot about periods.

Not all such examples of bias in tech are so easy to spot. Algorithms may help decide your place at a university, for example, or your credit rating, without you ever realising it.

A lack of diversity in design has huge implications for democracy. There are growing signs that digital technology is concentrating power in the hands of unaccountable bodies­—corporations whose decisions increasingly affect our rights, freedoms and the political system itself.

So what can we do about it? Well, we mustn’t blame women and minorities for a lack of interest in engineering. The sector has to own the issue, the challenges and the solutions. There isn’t one solution, but making science and engineering more accessible to a wider range of children and young people at every level of the education system would make a huge difference.

I chair the All-party Parliamentary Group for Diversity and Inclusion in Science, Technology, Engineering and Mathematics. Last year, the group launched a report called Equity in Stem Education following a 15-month inquiry.

The report includes five key findings and six recommendations that highlight the need for a more joined-up approach by government to tackle the causes of inequity in Stem education. This should include a wider, more holistic view of inequity beyond the lens of gender, economic disadvantage or ethnicity. The focus was on schools, but much is applicable in higher education.

Part of that includes real leadership in university engineering departments. I can usually tell within 90 seconds when I walk into an engineering department if diversity is taken seriously or treated as a tick-box exercise. Simple, low-cost measures, like championing and telling the stories of women engineers, can make a real difference. I always like to mention Rachel Parsons, the first female naval engineer, who founded the all-women engineering company Atalanta in the 1920s, and set up the Women’s Engineering Society.

Government also needs to take responsibility and provide more support and incentives for diversity and inclusion in engineering and science. Diversity needs to be measured, it needs to be visible and it must be possible to hold people to account for it.

Government also needs to provide access to Stem education for those currently excluded. The Covid schools catch-up plan could be an opportunity for this, were the funding provided so far not totally insufficient.

Now to climate change, humanity’s existential challenge. Engineers helped to industrialise human labour and in so doing laid the foundations of our current climate emergency.

The Labour party’s roots lie in the first industrial revolution, when massive technological change led to extremes of exploitation and inequality. The party’s founders wanted fairer, better jobs. We still do. We also want a net-zero economy.

Some may argue that good jobs and decarbonisation are contradictory. But shadow business secretary Ed Miliband has set out how we can make decarbonisation about good jobs, valuing people, as well as saving the planet. This is good ethics, good business, given that sustainability is increasingly the most cost-effective solution, and good economics: net-zero technology can drive the next generation of British exports.

Achieving net-zero will require a huge investment in engineering and technology, to transform how we heat our homes, travel to work, spend our leisure time and everything else. By being bold and ambitious, investing in sustainable manufacturing methods and engineering to produce green solutions, we can build the industrial economy we want while safeguarding our planet. This will mean fundamentally changing the way we make things, and it will take a lot of inspired young engineers.

Faith in the future

The next generation is already inspired and up for the challenge. At an Extinction Rebellion demonstration, I spoke to young civil engineers who, as they put it, wanted government to give them the resources to act on behalf of the most important client ever—the world.

There are kids choosing their GCSEs and apprenticeships now who in seven or eight years’ time could be qualifying to do the jobs that will help make a net-zero economy real. They could be bioscientists, or engineers in a battery gigafactory, or carbon capture and storage technicians, or specialists in fitting heat pumps.

As a child I was inspired by the space race and the engineering marvels of the past. Today, net-zero is the challenge that inspires me as an engineer and a politician. It is a moral imperative with engineering at its heart. It’s a huge challenge, but also a huge opportunity, that will both inspire and forge a new type of engineer.

Chi Onwurah is the shadow science minister and MP for Newcastle upon Tyne Central. This article is based on her speech to the Engineering Professors’ Council annual congress