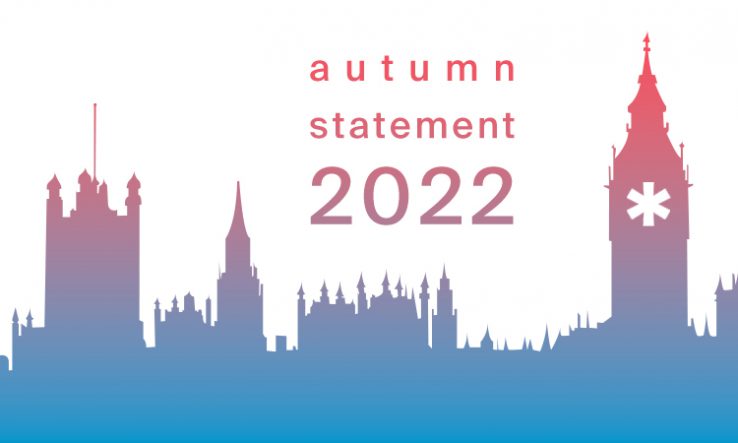 Investing in innovation is key to the future prosperity of an advanced economy such as the UK. So it is good that chancellor Jeremy Hunt’s 17 November autumn statement confirmed a commitment to raising public investments in science. Hunt highlighted innovation’s importance, as did prime minister Rishi Sunak in his speech to the Confederation of British Industry on 21 November.

Despite these warm words, the reduction in R&D tax incentives for smaller companies will hold back innovative young firms. The UK also still lacks a serious, long-term strategy for growth. We must aim higher if we want to be a science superpower.

On the science budget, the statement brought a sigh of relief. Contrary to many fears, the government has kept the commitment made in the November 2021 Comprehensive Spending Review to raise public investment in R&D from £15 billion in 2021-22 to £20bn by 2024-25. That said, high inflation will erode the budget’s real-terms value.

There was, however, little discussion on targets beyond this, and the decision to combine short-term tax rises with spending cuts scheduled for after the next general election casts uncertainty over the longer-term outlook for UK science.

Hunt also announced that, from April 2023, the rate of the R&D Expenditure Credit that benefits larger businesses will increase, but the tax credit scheme for small- and medium-sized enterprises will become less generous, apparently out of a desire to reduce fraud and error. The chancellor reported that the Office for Budget Responsibility had judged that these measures would have “no detrimental impact” on total R&D investment.

But the cuts to the tax credit will have repercussions. The evidence suggests the scheme has been successful in increasing R&D, innovation and jobs, both for the subsidised firms and through technology spillovers to other firms.

Some innovative smaller firms and high-tech startups, particularly those already struggling with a poor economic outlook and recent shocks, might be prevented from becoming the high-growth firms of the future. R&D tends to suffer in downturns, particularly in firms facing tighter credit constraints. The government is consulting on support for innovative smaller firms, but making cuts at this time seems risky, and it would be better to deal with suspected fraud more directly.

The chancellor also signalled an enhanced role for universities in local economic development, via redesigned Investment Zones. A rethink on Investment Zones is welcome, as the policy as previously envisaged threatened to move economic activity around rather than increase it, while also bringing damaging environmental deregulation.

A more targeted approach based on strengthening high-tech clusters and with a focus on universities is promising. However, the evidence shows that universities have more local economic impact when their academic strengths match local industrial specialisms.

It will be important to target support at underlying strengths and focus on addressing barriers to the commercialisation of ideas. The increased investment for the Catapult network, which bridges research and industry, announced as part of the overall science budget is a step in the right direction.

What’s still painfully missing, given the UK’s prolonged stagnation and current economic crisis, is an overarching, long-term growth strategy. The LSE Growth Commission highlighted the lack of stable policies and frameworks in this area a decade ago. Since then, things have only got worse, with numerous strategies and plans announced by a parade of business ministers and chancellors. Such chopping and changing does nothing to encourage business investment in an already uncertain economic environment.

The autumn statement showed a more strategic tone, with some discussion about supporting life sciences, clean tech, digital, finance and advanced manufacturing. But doing this will need more than the review of regulatory reforms assigned to the outgoing chief scientific adviser Patrick Vallance.

The UK needs to be closely aligned with the EU, both to capture export opportunities in its closest and largest trading partner and to benefit from collaboration in research and the development and regulation of emerging technologies. The simple solution is to rejoin the single market, eliminating trade barriers between Northern Ireland, the Republic of Ireland and Great Britain.

Finally, the government should set out credible commitments in areas where private-sector investment and innovation depends on policy support. This is the case for net zero; UK innovation has the potential to help address the global crisis while generating opportunities for regionally balanced growth, but there is a clear and urgent need to move faster.

Anna Valero is deputy director of the Programme on Innovation and Diffusion (POID), and John Van Reenen is the director of POID, Centre for Economic Performance at London School of Economics and Political Science

A version of this article appeared in Research Fortnight