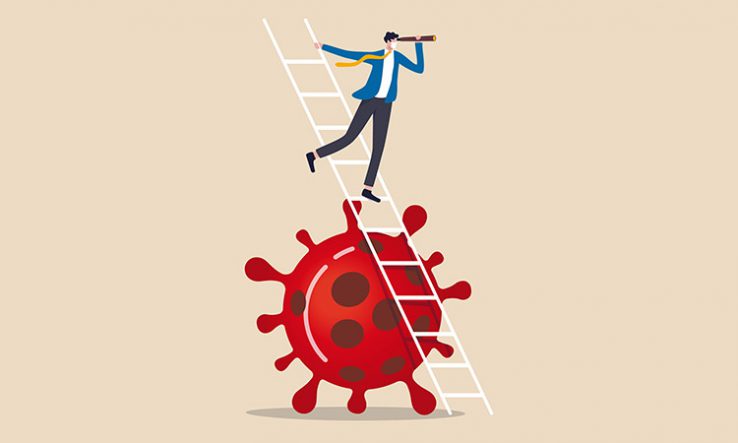 When Francis Collins retired as director of the National Institutes of Health in the United States in December, an interviewer asked if he had any regrets over the agency’s approach to Covid-19. “I wish we had studied more carefully the problem of hesitancy,” replied Collins. “I did not imagine that there would be 60 million people [in the US] who, faced with compelling evidence of the lifesaving nature of Covid vaccines, would still say: ‘No, not for me.’”

A range of politicians, health advisers and biomedical scientists have echoed Collins’s surprise about the public’s response to public health measures. But they have often been more puzzled than they needed to be. ‘Who would’ve imagined…?’ Well, swathes of experts around the world in the social, cultural and historical dimensions of health and human practices, that’s who.

It has been disappointing to see how politicians have limited their exposure to social science expertise over the past two years. This is especially striking when compared with the biomedical, public health and behavioural sciences. I saw health secretary Sajid Javid’s tweet last December publicising his conference call with leading epidemiologists and biologists. The tweet showing him consulting world-renowned anthropologists and sociologists must have passed me by.

While knowledge from social science has informed vaccination campaigns, for instance, political attention to—and action on—how social practices and inequalities shape people’s health and lives has been patchy at best.

In particular, talk by politicians and advisers of ‘hesitancy’ frames vaccine engagement as purely a matter of personal choice. This is a political tactic all too familiar to social scientific observers of public health. Through it, people who ‘fail to comply’ with public health mandates are cast as personally at fault, and all sorts of rhetorical and legislative interventions can then be justified.

In January, politicians began to talk in increasingly confrontational ways about people who the media called ‘the unvaccinated’. This was largely aimed at encouraging vaccination and matching the presumed mood of voters. But such statements also deflect responsibility for vaccination away from governments. And they skip over decades of research on the social and economic contexts and determinants of vaccine engagement.

Do I suspect that, over the course of the pandemic, policymakers could have done more to solicit and use the insights and findings of social scientists researching health and society? Yes. Do I think the Covid response would have been improved through closer interactions with social scientists? Again, yes.

Throughout, I have worried that many, although certainly not all, decisions were being made based on what governments or public health advisers assumed or simply hoped people were doing, rather than what they actually were doing, or what social scientific evidence indicated would happen on the basis of a particular policy.

Social scientific critique that underscored the downsides of public health measures was often unheard or ignored. This led to pronouncements that seemed laudable but compromised their effectiveness through inaccurate assumptions or ill-thought public statements. One example is the interaction between calls to ‘close the border’, political expressions of anti-immigrant sentiment and overt racism.

I remain anxious that social science will be overlooked in preparations for future pandemics. Unless such efforts include anthropologists, human geographers and sociologists—as well as historians, experts in media studies and scholars of religion and spirituality—there are going to be more problems.

Of course, social science doesn’t have all the answers. And there have been brilliant examples of social science contributing to policy on Covid-19. The Sage subcommittee Spi-B has recruited outstanding researchers, including some colleagues, from anthropology, sociology and beyond, and the British Academy and a range of research teams have done truly valuable work. But social science’s role has regularly been framed as addressing recovery from the pandemic—not the pandemic itself. And it is disheartening to see how frequently policymakers see social science as existing only to solve the problems they put to it. Rarely do they publicly and determinedly seek to learn from—and, vitally, be challenged by—social scientists in the way we have seen for other specialisms that, while also crucial, likewise don’t have all the answers.

There will be another pandemic, and it is absolutely critical that social scientists play a major role in planning for it.