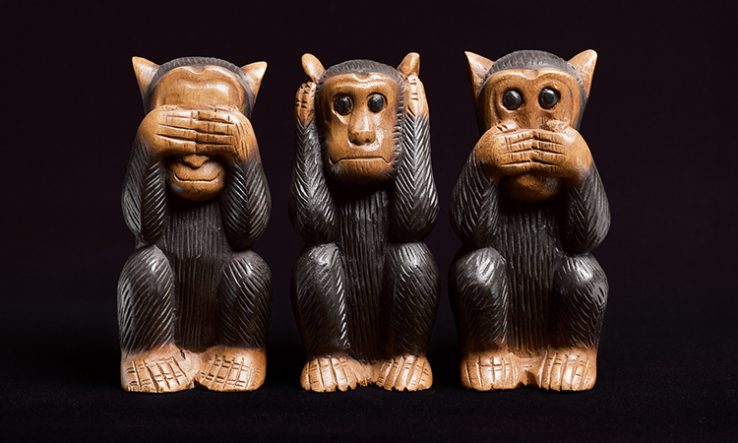 The UK government is, once again, reviewing how research should be organised. It’s being done, once again, under the leadership of Paul Nurse.

The background is one of relative success. UK universities and research retain a fairly buoyant global position. The science community has lobbied effectively to grow funding, particularly in the life sciences. And the prominence of science during the pandemic has left researchers feeling fairly confident.

I’ve been involved in several such reviews. Nurse’s latest has a familiar makeup in terms of the people and interests represented, though its stated purpose—to “serve the needs of businesses and places across the UK” rather than the public—is slightly odd and its relationship to the parallel restructuring of science in government under chief scientist Patrick Vallance is unclear.

There was a lot of good sense in Nurse’s 2015 review, including the attempts to encourage connections and break down silos to create a “permeable and fluid” research system. But, like all previous reviews of its kind, it contained blind spots. The most important ones are symptoms of a lack of systemic thinking—and of a failure to fully grasp how R&D connects to the world around it. Faced with a harsh fiscal climate after Covid and the return of war to Europe, it’s vital that this review addresses these blind spots more seriously than previous ones did.

The first blind spot is the productivity of R&D. There is an understandable reluctance to talk about this, and it’s largely ignored in reviews of this kind. But there is abundant evidence that returns on research are falling across the world. In pharmaceuticals, the trend towards slower and more expensive drug discovery is called ‘Eroom’s law’—the opposite of Moore’s law, which describes improvements in microchips. Similar patterns have been found in many fields.

Declining productivity in a sector usually prompts attention to innovation, since this is the only reliable way to drive up long-term productivity. But there continues to be resistance to even accepting the diagnosis, let alone acting on it to promote innovation in how R&D is organised.

At a minimum, the R&D world should be trying to experiment. Options include testing different funding models; harnessing technology, such as using artificial intelligence to design materials or drugs; and trying out different kinds of test bed and lab. Innovation is also helped by creating institutions with new methods and ethoses, which is why I support the creation of the Advanced Research and Invention Agency. Reviews, like Nurse’s last, often propose neat plans for consolidation. But this can squeeze out the space for the creativity and imagination that we badly need.

A second blind spot concerns systems. Many of the key technologies of the next decade are systemic, meaning that they depend on many things changing in parallel.

Driverless cars, for example, depend on new rules and connectivity, especially during transition periods, as well as core technologies such as lidar. Genomics depends on a host of new arrangements for data and consent. Drones require new ways of governing airspace, safety and liability.

This has big implications for how R&D is organised. It can’t just be a linear flow from labs into products and services. A more strategic approach is needed that aligns technology development, regulation, policy and test beds, and engages the public.

A few years ago, I and colleagues advocated for new structures to achieve this. We called them Advanced Systems Agencies, designed to link spending decisions on R&D with regulation and testing, particularly in energy, transport and healthcare and for technologies such as drones. We also argued that any mission-driven approach had to be about more than money and had to be very different from 50-year-old predecessors such as the Apollo programme.

Instead, the government opted for a more generic, funding-led model with the creation of UK Research and Innovation (UKRI).

The Oxford-AstraZeneca vaccine programme shows how much can be achieved when research, policy, procurement and regulation are aligned. But this was an exception to the direction of travel.

The value of more systemic approaches is likely to become more obvious, particularly as China takes this approach to artificial intelligence and transport. The Department for Business, Energy and Industrial Strategy (Beis) has done good work in trying to connect regulation to innovation, creating the Regulators’ Pioneer Fund and adopting some of the ideas of anticipatory regulation. But it’s hard to see any influence this has had on those in charge of R&D policy and funding.

A third, perhaps surprising blind spot concerns the orchestration of intelligence. Business has been transformed in the last generation. The world’s biggest companies are now built on intelligence—data and knowledge—not property and resources.

Governments have yet to make a comparable shift. Instead, they default to making the distribution of money the primary issue and seeing the organisation of intelligence as very much second order. The UK’s most powerful department is the Treasury; there are no comparably powerful institutions organised around data and knowledge. The same goes globally: we have an International Monetary Fund and a World Bank, but no comparable institutions dedicated to intangibles. The EU always defaults to money and law as the tools for achieving change.

Organising science in the same way—with most arguments centred around funding rather than intelligence—is already anachronistic. It will become more so. Our whole science and technology ecosystem needs to be looked at through the lens of intelligence, rethinking how it gathers and curates data and how it spots potential links, interprets patterns and attempts forecasts around emerging technologies and demands.

Unfortunately, this task sits somewhere between the Office for National Statistics, the Government Office for Science, Beis and UKRI. Because it’s not central to any of them, it’s not done very well. Some commercial sectors are rich in this kind of intelligence, but it tends to be proprietary. So one task for Nurse’s current review is to recommend the creation of public capacity to help the system know itself and mobilise intelligence so that research can be done better.

Better orchestration of intelligence would help with another consistent blind spot in reviews of this kind: the lack of attention to adoption and diffusion. It has been clear for at least a century that the UK is better at upstream research than downstream implementation and adoption. That used to be thought of primarily as an issue of commercialisation, such as encouraging spinouts from universities.

But that partly misses the point. Economic success—and social progress—depend on businesses of all sizes, as well as public organisations and charities, adapting or adopting emerging technologies from any source. This usually matters more than ideas flowing downstream from basic research, given that the UK represents a small fraction of global research.

Beis has started attending to this more seriously—I helped design its Business Basics Fund, which used experimental methods to compare different ways of promoting adoption. But the research world still sees this as an uninteresting, low-status activity, and it tends to be an afterthought in R&D reviews—another symptom of a lack of systemic thinking.

A fifth blind spot is social science, which remains relatively weak at the higher echelons of government despite its obvious importance through the pandemic. At a minimum, there needs to be more attention to integrating social science into science advice and decision-making. Better still would be to go further in two ways.

One is to recognise how social science is integrated into the economy and society. The UK is good at monetising economics, psychology, behavioural science, ethnography, design and other fields, often through consultancies and advisory services or teams within companies large and small. But this happens despite, not because of, how research is organised. There has been surprisingly little analysis of this thriving economy or of how startups and partnerships could best be organised. Cardiff University’s Social Science Research Park is one route to better connecting social science to the world beyond academia, and there are many small initiatives. But it’s not part of the broader narrative.

An even more important issue is how social science can help the UK through the transitions that lie ahead, including to a zero-carbon economy. The natural sciences are strongly focused on the future, with grants of all kinds for speculative ideas. But for many reasons, including a healthy emphasis on data and empirical research, such thinking has been largely squeezed out of social science. Social scientists mainly look at the present or the past and see it as career-threatening to do too much speculative or design work.

I’ve written about this for the New Institute in Germany and analysed how social science might do better at exploring the social and political dimensions of future artificial intelligence, the fourth industrial revolution, ageing and ecology. I’ll be talking about this at the Academy of Social Sciences’ annual lecture in June and I’ve had good engagement with these ideas in the European Commission, Unesco and the British Academy.

But this has yet to translate into serious action to shift incentives for social scientists and mobilise them to help society think ahead. The history of the internet should be a cautionary tale: serious attention to issues such as misinformation, psychological manipulation and monopoly came far too late, and only a minuscule fraction of spending on technologies and business models went to mitigating potential harms. Again, this is in part a failure to think systemically and see the connections between technology and daily life.

It would be a great shame if these blind spots were not addressed. That they are so consistently ignored is probably a symptom of relative success. When there isn’t a crisis, the natural approach is to leave things as they are, shuffling acronyms and tinkering at the edges. With reviews led by incumbents who have, almost by definition, thrived in the existing system, this is not surprising. But history tells us that it’s better to attend to challenges when things are going well rather than to wait for things to go wrong.